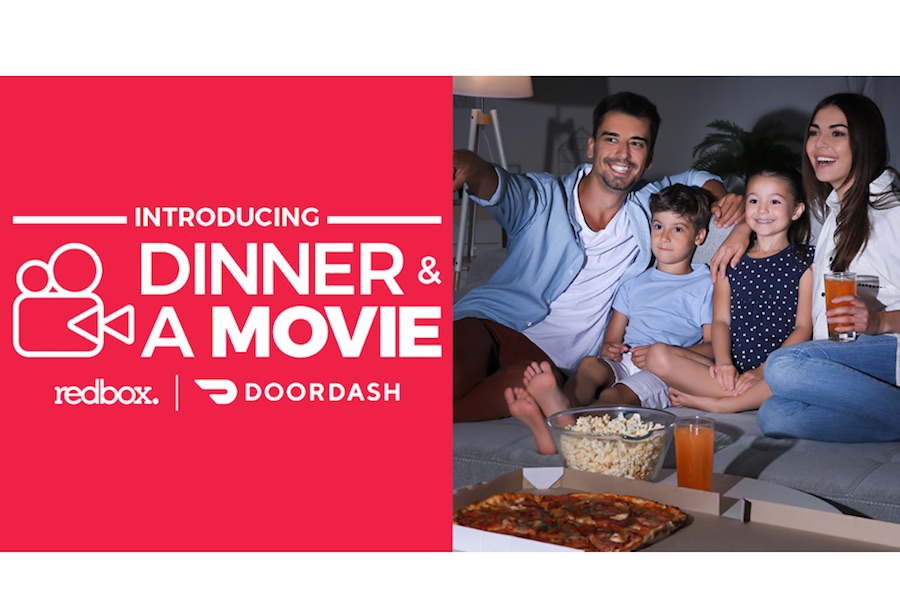 Kiosk and on-demand entertainment company Redbox is partnering with delivery service DoorDash for a “Dinner & a Movie” promotion nationwide this summer.

During the promotional period, Redbox is also partnering with the Dave Thomas Foundation for Adoption to offer free movie nights to families adopting from foster care. The foundation’s mission is to increase the number of adoptions of children waiting in North America’s foster care systems.

The promotion is part of Redbox’s “Back to the Movies” campaign launched in August 2018 to encourage connecting with family and friends.

“We live in an age when people don’t spend enough time connecting,” said Ash ElDifrawi chief marketing and customer experience officer of Redbox, in a statement. “Simple things, nostalgic things, like dinner and a movie, can really bring us together. Our partnership with DoorDash is about value and convenience. But more importantly it’s about purposefully carving out time for shared experiences — and that’s why we’re pleased to be providing movie nights to the Dave Thomas Center for Adoption as part of the initiative.”

Statistics support the need for shared movie nights, according to a Redbox Omnibus survey, which found that two-thirds of Americans miss the days when movie nights were a planned activity with friends and family and that 80 percent think movies are therapeutic. Still, half are indulging in isolated binge-watching, the survey found.

A May 2019 Redbox study found that 72 percent of customers pair a Redbox occasion with a meal.

“Connecting people with possibility is core to DoorDash’s mission and our partnership with Redbox reinforces this commitment by creating an engaging new experience for our customers,” said Matt Rotella, DoorDash’s head of corporate development, in a statement. “We’re excited to bring the Dinner & a Movie campaign into customers’ homes nationwide this summer.”

For more information on the promotion and to sign up to be notified when the promotion launches, consumers can visit http://redbox.com/doordash-dinner-and-a-movie. The offer is valid four months from the issue date and is limited to three redemptions per person. Other fees (including service fees), taxes and gratuity still apply. All deliveries are subject to availability. Consumers must have or create a valid DoorDash account with a valid form of accepted payment on file.

Redbox has more than 41,500 self-service entertainment kiosks, and also offers on demand movies and TV shows through Redbox On Demand without a subscription.

DoorDash connects customers with local and national businesses in more 4,000 cities and all 50 states across the United States and Canada, offering delivery from more than 310,000 stores on the platform. See full terms and conditions at dasherhelp.doordash.com/offer-terms-conditions.