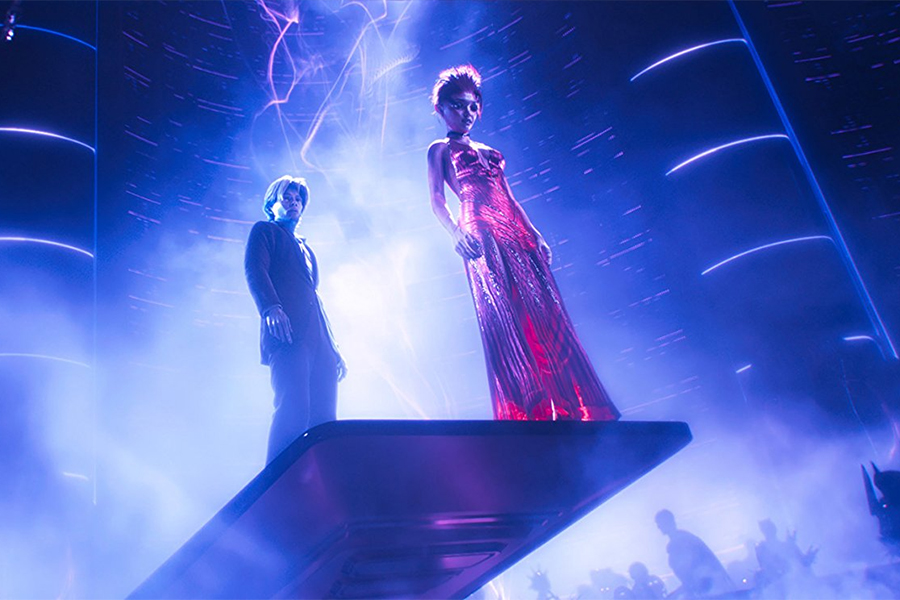 The Steven Spielberg-directed adventure, based on the book about a contest that will give the winner control of a futuristic virtual reality empire, had debuted at No. 1 on both charts the week before.

Holding onto No. 2 on both charts for a second consecutive week was Warner’s Rampage.

The top newcomer on both charts came in at No. 3 — Lionsgate’s Overboard remake, with Anna Faris playing a down-on-her-luck mother who claims to be married to a rich guy, played by Eugenio Derbez, who mistreats her then gets amnesia after falling off his yacht (in the 1987 original, Goldie Hawn is the wealthy amnesiac and Kurt Russell the mistreated former employee who takes advantage of the situation).

Rounding out the top five on the overall chart were two 20th Century Fox releases — Super Troopers 2 at No. 4 and The Greatest Showman at No. 5.

On the Blu-ray chart, Paramount’s A Quiet Place was No. 4 and Super Troopers 2 was No. 5.

On the Media Play News rental chart for the week ended Aug. 5, Overboard took the top spot, while Rampage stayed at No. 2.

The previous week’s top rental, Ready Player One, dropped to No. 3, followed by Super Troopers 2 at No. 4 and Universal Pictures’ I Feel Pretty at No. 5.