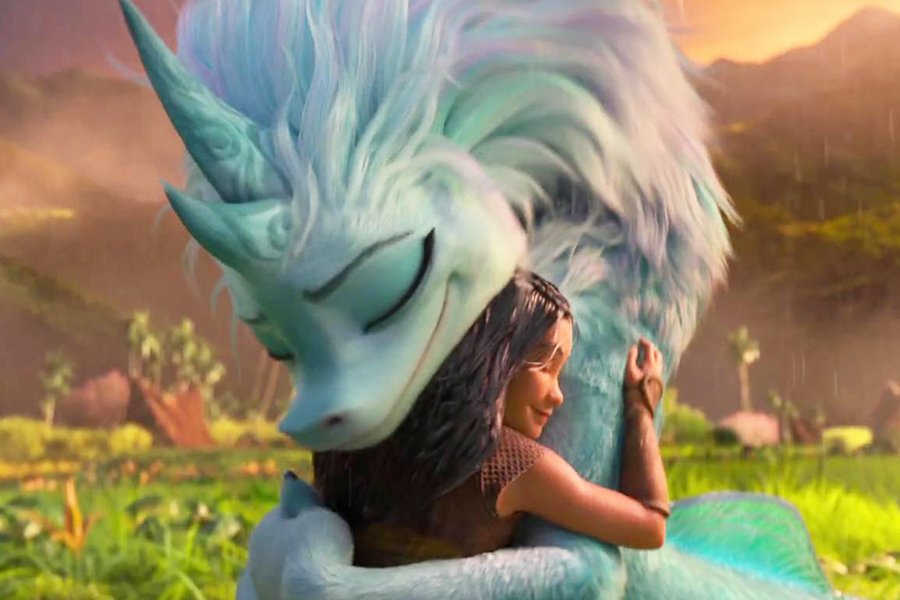 Disney’s Raya and the Last Dragon climbed to No. 1 on Redbox’s disc rental chart the week ended May 30. The animated fantasy, which debuted as the third-ranked disc rental a week earlier, has earned $51.7 million at the domestic box office.

That pushed Warner Bros. Home Entertainment’s Tom & Jerry down a spot to No. 2 on Redbox’s disc rental chart, which tracks DVD and Blu-ray Disc rentals at Redbox’s more than 40,000 red kiosks.

Universal Pictures Home Entertainment’s The Marksman remained No. 1 on the Redbox On Demand chart for a second week in a row, while slipping to No. 3 on the disc rental chart. The film stars Liam Neeson as an Arizona rancher who agrees to take a young migrant boy to his family in Chicago despite being pursued by drug lords.

No. 2 on the Redbox On Demand chart, which tracks digital VOD and sellthrough transactions, was director Guy Ritchie’s Wrath of Man, an actioner from MGM that stars Jason Statham as a cash truck guard whose mysterious past raises questions. It earned $22.7 million at the domestic box office.

No. 4 on the disc rental chart and No. 3 on the digital chart was Lionsgate’s Chaos Walking, a sci-fi thriller starring Tom Holland and Daisy Ridley that earned $13.3 million from U.S. theaters.

Warner’s crime drama The Little Things was No. 5 on the disc chart and dropped to No. 6 on the Redbox On Demand chart.

The 2018 sci-fi thriller A Quiet Place, from Paramount, rose to No. 4 on the digital chart in advance of its sequel finally arriving in theaters.

No. 5 on the digital chart was Vertical Entertainment’s Four Good Days, a drama starring Mila Kunis, Glenn Close and Stephen Root, about a mother helping her daughter work through four crucial days of recovery from substance abuse.

Newcomers to the disc chart include No. 7 Hunted, from RLJE Films and Shudder, a horror film about a woman who fights back against two men pursuing her in the woods; and No. 9 American Traitor: The Trial of Axis Sally, a Redbox-exclusive about a woman who is put on trial for broadcasting Nazi propaganda during World War II.

New to the digital chart is No. 10 Endangered Species, from Lionsgate, in which a family on safari in Kenya becomes stranded in a wilderness park at the mercy of rhinos, leopards, hyenas and poachers.