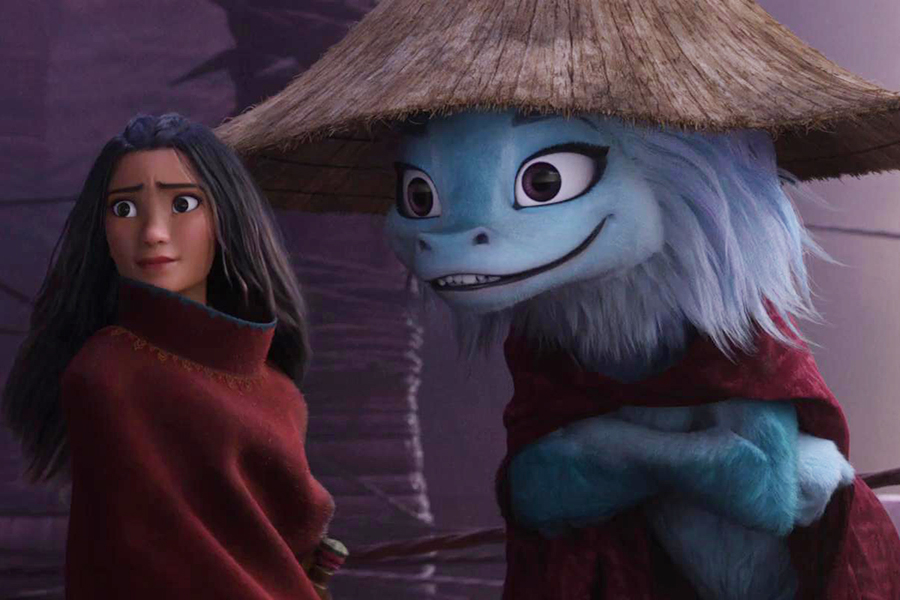 Disney’s Raya and the Last Dragon remained No. 1 on the NPD VideoScan First Alert chart, which tracks combined DVD and Blu-ray Disc unit sales, and the dedicated Blu-ray Disc sales chart the week ended June 5. It’s the third week in the top spot for the animated fantasy.

In fact, the week’s top three disc sellers on both charts remained unchanged from the previous week.

Warner’s live-action/animation hybrid Tom & Jerry was No. 2, also for the third week, selling  a bit more than half as many copies overall as Raya.

At No. 3 for the second week on both charts was Lionsgate’s Chaos Walking, a sci-fi book series adaptation starring Tom Holland and Daisy Ridley.

The 2018 Paramount thriller A Quiet Place rose to No. 4 on the overall disc sales chart, and No. 8 on the Blu-ray chart, boosted by the current theatrical success of its sequel.

Rounding out the top five overall (and No. 11 on the Blu-ray chart) was Lionsgate’s John Wick, the 2014 actioner starring Keanu Reeves. The third “John Wick” movie was was No. 6 overall (No. 9 Blu-ray), while a collection of all three movies was the No. 4 Blu-ray seller.

The No. 5 Blu-ray was Universal Pictures’ Liam Neeson starrer The Marksman. It was No. 11 on the overall disc sales chart.

The week’s top newcomer, at No. 9 overall and No. 6 on the Blu-ray chart, was Lionsgate’s The Courier, a Cold War drama starring Benedict Cumberbatch.

On the Media Play News rental chart for the week ended June 6, Tom & Jerry jumped back into the top spot, pushing Raya to No. 2. The Marksman remained No. 3.

The Courier debuted as the No. 4 rental, while Warner’s The Little Things remained No. 5.