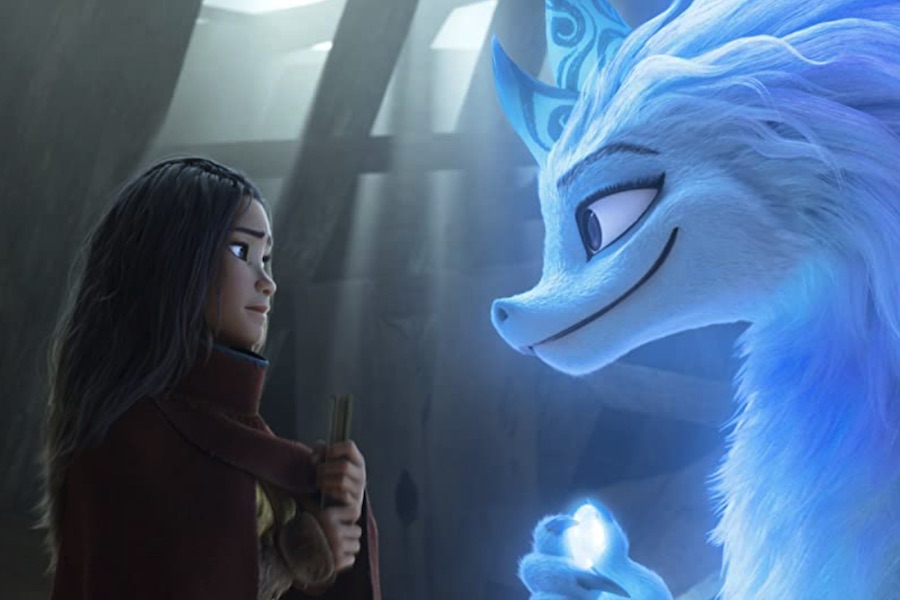 Disney’s animated Raya and the Last Dragon again took the top spot on the Vudu and FandangoNow charts the week ended April 11.

The fantasy adventure Raya became available for digital purchase April 2 following its debut in theaters and via Premier Access with an added charge for subscribers to the Disney+ streaming service. In the film, long ago, in the world of Kumandra, humans and dragons lived together in harmony. When sinister monsters known as the Druun threatened the land, the dragons sacrificed themselves to save humanity. Now, 500 years later, those same monsters have returned, and it’s up to a lone warrior, Raya, to track down the last dragon in order to finally stop the Druun for good.

Warner Bros.’ DC comic-based Wonder Woman 1984, starring Gal Gadot, repeated at No. 2 on the Vudu chart and fell one spot to No. 3 on the FandangoNow chart. It became available for digital purchase March 16 following its PVOD rental run.

Coming in at No. 2 on the FandangoNow chart (No. 4 on Vudu) was Lionsgate’s Chaos Walking, available for premium VOD rental April 2. Based on the best-selling novel The Knife of Never Letting Go and set in the not-too-distant future, the film follows Todd Hewitt (Tom Holland) who discovers a mysterious girl named Viola (Daisy Ridley). She has crash-landed on his planet, where the women have disappeared and the men are afflicted by “The Noise,” a force that puts all their thoughts on display. In this dangerous landscape, Viola’s life is threatened and, to protect her, Todd must discover his inner power and unlock the planet’s dark secrets.

Taking the bronze on the Vudu chart (No. 4 on FandangoNow) was City of Lies, which became available for digital rental and purchase April 9. Starring Johnny Depp and Forest Whitaker, it follows a disgraced L.A.P.D. detective who — unable to solve his biggest case, the murders of rap icons Tupac Shkur and The Notorious B.I.G. Poole — enters into an uneasy partnership to put the case to rest.

Taking the fifth spot on both charts was Warner’s The Little Things, available via premium VOD rental starting March 19. The psychological thriller stars Denzel Washington, Rami Malek and Jared Leto and follows a Kern County deputy sheriff who is sent to Los Angeles for a quick evidence-gathering assignment, but instead becomes embroiled in the search for a killer who is terrorizing the city.

Vudu’s top 10 titles for the week ended April 11, in terms of revenue, were:

FandangoNow’s top 10 titles for the week ended April 11, in terms of revenue, were:

In other FandangoNow news, the service is offering a sale on the “Hotel Transylvania” trilogy in 4K Ultra HD for $24.99 (usually $29.97) as part of its “Triple Feature Bundle Sale.” Fandango debuted “Monster Pets: A Hotel Transylvania Short,” a Sony short released to celebrate Pets Day April 11 and in anticipation of a new feature in the series, Hotel Transylvania: Transformania, which debuts July 23.