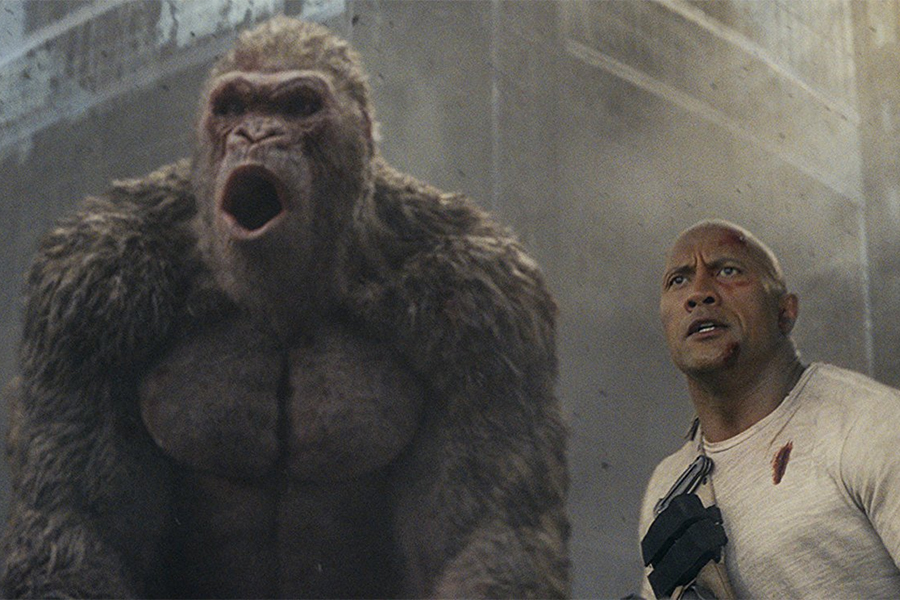 Based on the popular arcade game, the action-adventure movie stars Dwayne Johnson as a primatologist who must confront the results of an experiment that has mutated animals into gigantic creatures that destroy everything in their path.

The film re-unites Johnson with director Brad Peyton, the pair having previously worked together on San Andreas and Journey 2: The Mysterious Island.

The film has grossed $94.2 million at the domestic box office and more than $413 million worldwide.

The Blu-ray and DVD versions will include the featurette “Not A Game Anymore,” about how the Midway video game inspired the filmmakers.

The Blu-ray versions will also include deleted scenes, a gag reel and additional featurettes: “Rampage — Actors in Action,” about the stunts; “Trio of Destruction,” about the visual effects; “Attack on Chicago,” about filming in the city; and “Bringing George to Life,” about creating the film’s central gorilla character. 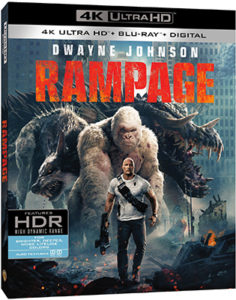