Katzenberg informed investors Oct. 21 about the shutdown, according to The Wall Street Journal, which cited people familiar with the situation.

Later that day, after the Wall Street Journal report, Quibi confirmed the shutdown on the Medium website, in “an open letter to the employees, investors, and partners who believed in Quibi and made this business possible.”

“It is with an incredibly heavy heart that today we are announcing that we are winding down the business and looking to sell its content and technology assets,” Katzenberg and Whitman said in the letter, which bore both of their signatures.

Katzenberg has hired a reorganization firm to help sell Quibi assets after the entertainment mogul was unable to sell the platform to NBCUniversal — which acquired DreamWorks Animation in 2016 for $3.8 billion. Quibi reportedly didn’t own most of its original programs, which undermined sale efforts. 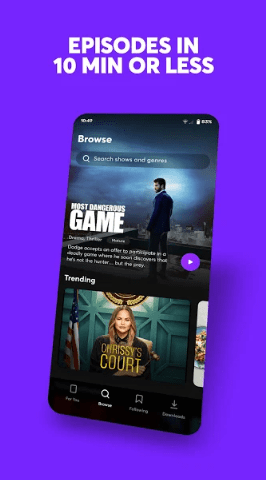 The service targeted mobile-device users with original programming from five minutes to 10 minutes in length — and was backed by a $1.75 billion content war chest. Despite the hype and big-name talent (Anna Kendrick, Chrissy Teigen, Christoph Waltz and Liam Hemsworth, etc.) associated with content production, few consumers opted in beyond the free trial period.

Analysts suggested just 8% of initial free Quibi trial users converted to paying subs in the first month. Katzenberg, in media interviews over the summer, attributed the sluggish start to the coronavirus pandemic and the fact many potential subscribers were stuck at home watching TV instead of their mobile devices. Even worse, Quibi content was only available on portable devices — not televisions — at launch.

The app lasted a fraction of the time of Verizon’s $1 billion cellphone-based video misstep, go90, which shuttered in 2018 after three underwhelming years.

In the letter, Katzenberg and Whitman wrote, “Quibi was a big idea and there was no one who wanted to make a success of it more than we did. Our failure was not for lack of trying; we’ve considered and exhausted every option available to us. … We opened the door to the most creative and imaginative minds in Hollywood to innovate from script to screen and the result was content that exceeded our expectations. We challenged engineers to build a mobile platform that enabled a new form of storytelling — and they delivered a groundbreaking and delightful service. And we were joined by ten of the most important advertisers in the world who enthusiastically embraced new ways for their brands to tell their stories. With the dedication and commitment of our employees and the support we received from our investors and partners, we created a new form of mobile-first premium storytelling.

“And yet, Quibi is not succeeding. Likely for one of two reasons: because the idea itself wasn’t strong enough to justify a standalone streaming service or because of our timing. Unfortunately, we will never know but we suspect it’s been a combination of the two. The circumstances of launching during a pandemic is something we could have never imagined but other businesses have faced these unprecedented challenges and have found their way through it. We were not able to do so.

“We want you to know that we got up every day and genuinely loved coming to work with the most remarkable and passionate team that we have ever assembled. We will be forever proud of the extraordinary partnership we were able to forge between the best of Hollywood and Silicon Valley. All that is left now is to offer a profound apology for disappointing you and, ultimately, for letting you down. We cannot thank you enough for being there with us, and for us, every step of the way.”