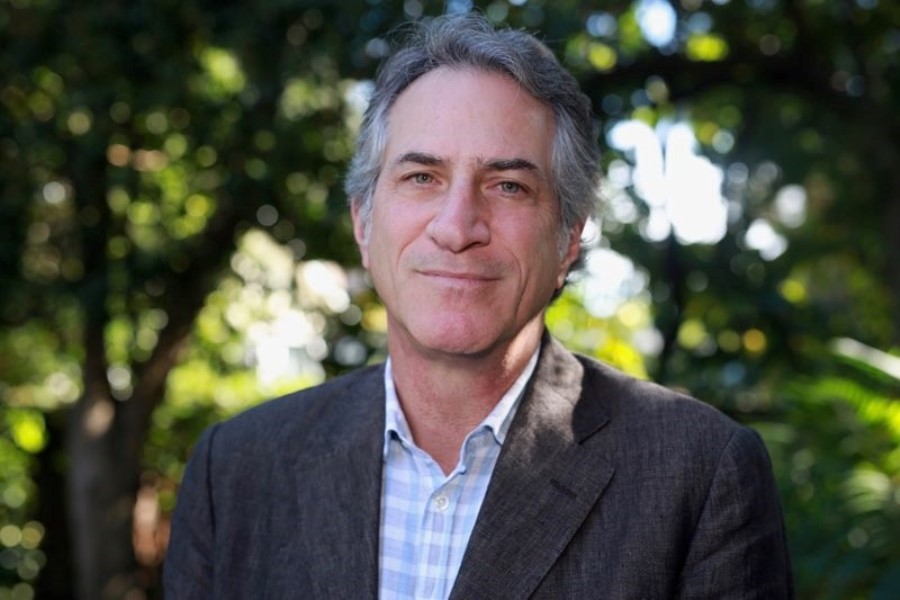 Garson Foos is CEO of Shout! Factory, a leading independent film distributor that since its launch in 2003 has branched out into streaming while doubling down on its commitment to physical media. A cousin to the legendary Rhino Records label, co-founded by older brother Richard and sold to Warner Music in 2001, Shout! is known for its lavish boxed sets and collections like last year’s award-winning collection of “Friday the 13th” movies as well as its support of anime and other niche genres.

Media Play News spoke with Foos as part an ongoing series of conversations with home entertainment leaders past, present — and future.

MPN: At a time when the big studios are still suffering from the lack of fresh product resulting from the COVID-19 pandemic and the closure of movie theaters, you seem to be releasing more content, both digitally and on disc, than ever. Can you put a number on how many titles you’ve released over the past year and how that compares to the prior year? And what’s the driver?

Foos: Our deal and release flow is stronger than ever. We had a lot of titles in the pipeline prior to the pandemic, and we benefited from the vast majority of our releases not requiring a theatrical release. We released two to four new films a month, and another 10 to 15 library releases. Beyond that we released a good number of library films and shows digital only. We released hundreds of episodes of both “The Johnny Carson Show” and “The Carol Burnett Show” only digitally. We have broadcast rights to the entire Stephen J. Cannell library worldwide, and we have other digital rights on a smaller number of those shows. We also started releasing seasons of the “Ultraman” series for digital streaming, largely on our TokuShoutsu channels. So a large amount of content is released physically, as well as a lot of additional content coming out digital only.

MPN: Shout! Factory continues to be particularly strong in anime. What prompted this, and how do you market your product to anime fans?

Foos: We’ve always been really good at playing in the niches. We’re pop culture junkies from way back, and we got into the kids business big in 2009 with Hasbro and their animated “Transformers” and “G.I. Joe” series, as well as “My Little Pony.” There were several rare Japanese-made “Transformers” series that we distributed.  We also had big success with the the “Power Rangers” series years later, and uncovered the Japanese versions — “Super Sentai” — and did well with those series. It made sense to move into anime from our roots. Melissa Boag is our head of Kids & Family and she had her eye on the anime business for years. She helped us acquire the film In This Corner of the World, which was beautiful and exceeded our expectations. Soon after that we struck up a relationship with GKIDS, who are the best in the business in anime film. Through them, we got the Studio Ghibli library in late 2017. Together with GKIDS we released new deluxe versions of the films on DVD and Blu-ray, and the sales were far beyond expectations. In late 2019 GKIDS was able to make the titles available for the digital transactional business and we worked with them on that. We’ve (via GKIDS) put out many other new and library films, including Promare and Weathering With You last year, which have performed extremely well. We also work with Eleven Arts, which had the film Silent Voice in 2019, which did very well, and we have several more really good projects coming with them. Anime is one of the best categories that is not dominated by the major studios, and it’s a growing category for us that we see continuing.

MPN: Despite your obvious commitment to transactional and, in particular, physical media, Shout! does have other business models. Can you give us a brief rundown about other distribution platforms you have under the Shout! umbrella?

Foos: We distribute directly to just about every account in all revenue streams. We’ve been highly focused on growing our digital and broadcast business in the last many years. Our combined non-physical businesses have doubled each of the past two years and will again this year. Our TVOD business and ad supported streaming are the two biggest areas. Licensing sales for streaming services and broadcast is growing rapidly and is also significant. The Shout! Factory TV business, including our Mystery Science Theatre 3000 channel, The Carol Burnett Show channel, Johnny Carson TV and TokuShHOUTsu channels are a big part of the ad-supported digital streaming business. They are FAST channels on some platforms and on demand on others, and they’re everywhere you’d want to be. We see a lot of growth potential in our channel business, and in our digital distribution business in general. As we continue to get more and better content both on the library and new film side, and see the number of platforms and market size grow, we’re going to see big growth for Shout.

MPN: What’s next for Shout, other than the growth areas you mentioned already?

Foos: We’re starting to do some of our own original productions and see a lot of opportunities here, while doing it with a low-risk approach. We partnered on the production of the Western Old Henry starring Tim Blake Nelson. It comes out in October and premiered at the Venice Film Festival to a fantastic response. We’ve made deals in all the major international territories thanks to the Venice success.  We had seen indie Westerns succeeding transactionally, and thought that it would be a good genre to produce ourselves. We had been trying to get one made for years, and finally with Hideout Pictures we were able to get Tim Blake Nelson to take the lead role, and it came out extremely well. We’re going to do another one with them.

With our partner Joel Hodgson we had rebooted “Mystery Science Theater 3000” after buying the rights to the library and brand in 2015. Given the passionate loyalty of the audience we had crowd-funded to raise the money for the first reboot season (11). We then sold it to Netflix, which ordered a second season but didn’t continue after that. We crowd-funded again this year and raised $6.5 million so we’re making another 13 episodes. The first one should premiere in February for the Kickstarter “backers” initially.

We also just completed a remake of the Roger Corman classic Slumber Party Massacre for the Syfy channel. It comes out in October. We own 270 films from the Corman library and have remake rights, so we’re working on films and series born out of that fertile I.P. We have other films and shows in the works as well, and it will be a growing part of our business.

We’re highly focused on buying film and TV libraries. We’ve bought a handful over the years and are looking to do a lot more in that area. We have a number of large library film distribution deals in the works and we’ll be announcing several soon, and more as they close.

We’re doing bigger new film pre-buys and pick-ups. The recent Mark Duplass/Natalie Morales film Language Lessons is a good example. It’s getting excellent reviews and we’ve licensed it to a major streamer to start next year. We intend to continue to up our game in genre films, and in smart and quirky indie films as well.

We see opportunity in the international business. Our business is growing there and we’re having good success with Cannell library, our Corman films and other content that we control internationally. We see continuing to partner with strong independent companies in each territory, and eventually having our own staff, or investing in local companies locally to make sure that we really understand the nuances of each significant territory.

MPN: Tell us about the Shout! Factory backstory — starting with the name.

Foos: We had a really hard time coming up with a name. Every time we liked one we couldn’t get the URL, or it was already taken. We wanted something that sounded active, and a little retro. We were coming off of our success at Rhino Entertainment, which was mainly a retro music business, and we thought that we would be a music, film and TV company. Shout! felt classic and then there’s the Isley Brothers song that everyone loves. We were going to be Shout! Entertainment then we had trouble getting that trademarked. We were told to add something to it to distinguish it so we came up with Factory.

MPN: And now tell us the Garson Foos backstory.

Foos: I grew up in Los Angeles, and went to college at U.C. Berkeley. I was entrepreneurial early on and started several cafes in Oakland with a friend. I realized that the restaurant  business wasn’t for me, and thought that maybe I’d like the entertainment business. I had worked at the Rhino Record Store that my brother owned in high school, and he had started the Rhino label years later. He gave me a paid internship at the label and my timing was great. Rhino was starting to take off, and I was able to learn the business and move up the ranks as the company expanded. I eventually became the EVP of marketing and one of the key executives. Richard and his partner Harold Bronson sold the company to Warner Music Group in 2001, and Richard decided to leave in 2002 and start another company. He asked me and our other partner Bob Emmer, who had been our head of BA at Rhino and later became an EVP of BA at Warner Music, to join him in his new venture. We started Shout in 2003, and over the years Richard has stepped out of the day to day of the business, and Bob and I are co-CEOs.