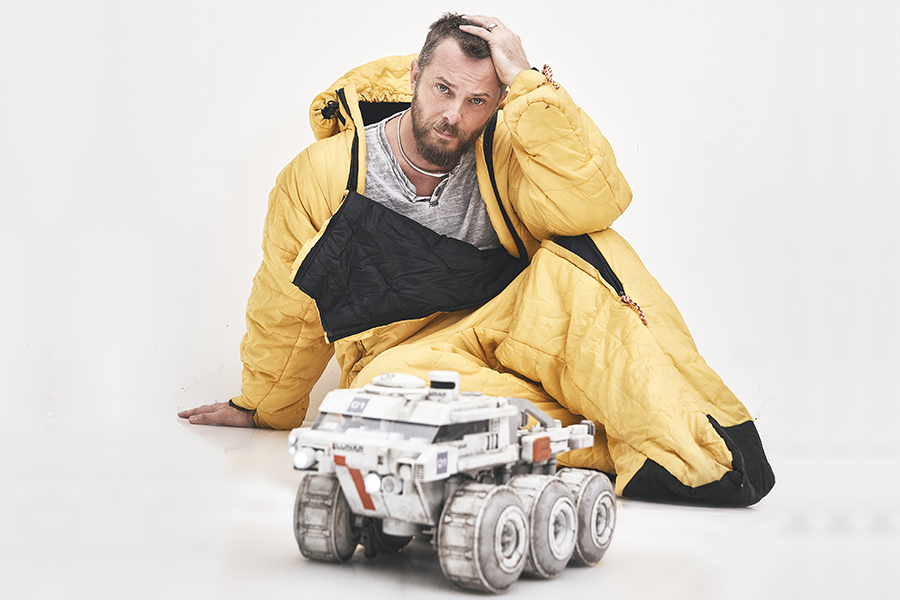 Media Play News talked to director Duncan Jones about the advantages of 4K Ultra HD with HDR, especially on his feature Moon, just out on the format this summer.

MPN: How important is HDR?
Jones: Important is an interesting way to think about it. I’d say how dangerous is it? … High dynamic range means that we can go back into the grade and push and pull detail that we may never have originally considered accentuating. It’s a rabbit-hole for filmmakers, as we could go on tweaking and playing forever, but as it stands, I think we took the opportunity to really bring the best out of the original shot 35mm, and maybe made a few fixes and improvements here and there that bring a new vitality to what we already had.

MPN: How involved were you with the process?
Jones: You know that rabbit-hole I was just talking about? I needed to be reminded that eventually we had to stop fiddling!

MPN: Specifically, what were some of the things you are concerned with in the process of preparing your film for 4K Ultra HD Blu-ray?
Jones: Moon was done on a very small budget. It was an independent movie. Some parts of our set were built out of items that you might buy at an IKEA. When you know that the detail and resolution is going up, you can’t help but be concerned that what you got away with at 2K might start to become noticeable at 4K. Fortunately, we had the tools and time to smooth out those issues and create a disc that I think really holds onto the original magic … and if you are eagle-eyed, you may notice a “Poäng” here or an “Ektorp” there!

MPN: How important is picture and sound quality in the home to you — as far as your own viewing experience and viewers of your films in general?
Jones: We wouldn’t put in the work we do to get the picture and audio quality right if we didn’t care. As a dad of little kids, getting out to the movies is becoming a rarer event these days. I know I am not alone. It’s lovely to see spectacles on the biggest screen possible, with a kick-ass sound system. But with the cost of going out a high hurdle for many these days — especially when you have kids — and the incredible strides made in home entertainment tech, watching in the comfort of your own home, at your own time, and with the audience you want there, is a big deal. I mean, you can get a home Atmos system now for goodness sake! Basically, home entertainment and going to the movies is now a choice between two equally valid options, not between a better one and a fallback. Do you want to see and hear a film with all its detail and audio balancing at home or with a crowd of people? With today’s tech, you can have both.

MPN: What’s your home entertainment setup?
Jones: Here’s the thing about 3-year-olds. They break stuff. Right now, I am watching movies on a pretty standard 50-inch monitor in the kitchen, because my adorable son, Stenton, smashed our 85-inch Sony 4K TV with a train. The new one. I am being zen about this. For now, I am watching movies from a hard wooden chair when my daughter does not insist it’s time for “Peppa Pig” and “Hey Duggee.”

MPN: What does 4K UHD with HDR bring to your films for home viewing?
Jones: Parity. I think that’s really what filmmakers are always hoping for. We want the experience at home to be as close to the theatrical experience as possible. That is traditionally the bar we are setting for ourselves, and even with the explosion in formats and streamers out there, I see that continuing to be the gold standard all home entertainment strives for.

MPN: Is there a particular scene or sequence that really blew you away when you saw it in the new 4K format? If so, what in particular did you notice about the picture quality?
Jones: Moon is a unique film in the amount of old-fashioned VFX used, blended with more modern post production techniques. Certainly unusual for its budget! I think what I was most pleased with is that the subtle use of what was contemporary VFX work from 10 years ago still looks damn good as it was done with such a delicate hand, there to enhance the beautiful prop and model miniature work that was already there as a foundation. It certainly becomes more of a challenge when more of the shoot is virtual than in camera. In a way, the idiosyncratic model work of Moon has become one of its strongest assets, keeping the look of the film fresh and detailed, no matter which viewing format or technology is thrown at it.