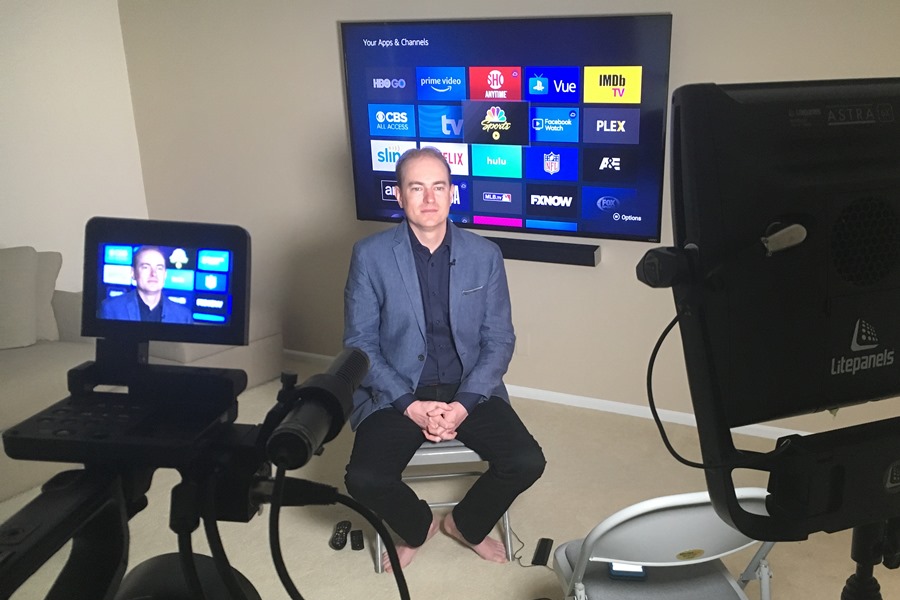 Dan Rayburn is a veteran streaming media expert who chairs the Streaming Summit at the annual NAB Show. He has produced over 50 in-person conferences for the industry. Rayburn is considered one of the leading authorities, speakers, and writers on streaming media technology, content, and business models. An avid blogger (www.streamingmediablog.com), author and analyst, Rayburn has been quoted more than 2,000 times by the media, with regular TV appearances on CNBC, TD Ameritrade Network, Bloomberg TV and NPR, among others. He has also received invitations to speak as a witness at hearings by both the U.S. Senate and U.S. House of Representatives on topics pertaining to net neutrality, telecom mergers and content delivery architectures. He spent 15 years as a principal analyst at research and consulting firm Frost & Sullivan, where he published market data and analysis on the industry.

Media Play News asked Rayburn to share his thoughts on the streaming business at a time when cracks are beginning to appear, with Netflix losing subscribers and analysts talking about streaming fatigue amid the high cost of multiple subs.

MPN: What do you see happening in the subscription streaming space over the next 12 months? Will there be consolidation? Is any service “bulletproof?”

Rayburn: Consumers have a lot of choice in the market when it comes to video entertainment services, both subscription-based, advertising-based and a hybrid combination of the two. While content variety is a good thing, it also adds complexity, since most consumers can’t sign up for just one or two services to get all the video content they want each month. Nearly all streaming services continue to raise prices each year, due to their ever-expanding content creation and acquisition costs, which are expected to continue to grow. This is driving up pricing and creating a dilemma for consumers who have a limited budget and can’t sign up for every streaming service in the market.

The biggest change we will see over the next 12 months is Disney and Netflix adding new ad-supported tiers to their offerings, so they can lower subscription prices and “hopefully” make up for the difference in ad revenue. Disney will offer a new option that includes ads with Disney+ and Netflix will also have an option for ads in a new Netflix tier. Both services have always been ad free, but the two companies realize that with so much choice in the market and many consumers having to sign up to four to six different video services, some consumers want the option for a lower monthly price and are willing to sit though ads to be able to pay less. That said, this is not a business that has a one-size-fits-all model, and some consumers will still be willing to pay more each month for a package with no ads.

We’ve already had ad-supported streaming services in the market from Hulu, Peacock TV, HBO Max and others, so this is not new for the industry. But it is for Disney and Netflix. By my estimates, the companies could get $5 to $7 per user, per month, in U.S. advertising revenue soon after the rollout. Outside the U.S., the number would be lower, at $2 to $3 of ad revenue per user, per month. What the user experience will look like with ads, how many minutes of ads will be shown per hour and how the advertising plan will roll out globally is still unknown for both Disney and Netflix. It is expected that both will offer their new ad-supported plans by the end of 2022.

MPN: What can, and should, streaming services do to differentiate themselves and rise above the competition?

Rayburn: All streaming services are focusing on trying to create and license the best content, based on the user(s) they are targeting. From a technical standpoint, they are also working hard to make the services easier to use, be more reliable, and have better content discovery and personalization features — with the goal of keeping users engaged longer on their platforms. They also are working to make the apps load faster, be easier to navigate, include more metadata around the videos and provide better content recommendation options. Streaming services have been working on improving their video streaming technology stack since day one to improve video quality and the user experience, so none of these efforts are new. But they are crucial in helping to make their service stand out among all the others competitive services in the market. Content is important, but so is ease of use, reliability of the service and the ability to navigate and find the content you want.

MPN: If, as they say, content is king, then is the streamer that spends the most on original content going to win, or is there something else?

Rayburn: Content budgets matter, but it’s also what the service is getting in return for the money they are spending. Netflix, Hulu, Amazon, and the others all take chances on producing original content they think will do well. Sometimes, the content doesn’t give them the return they expected and, as a result, they don’t produce more episodes and cancel the series. It’s a difficult business to be in when you have to create a lot of different types of content for many different audiences. There is a lot of risk involved. While having a large content budget helps, since it gives you more volume of content to offer and market to consumers, it’s also the number one reason why services keep raising prices in the market — expanding content budgets. This cost also contributes to the profitability of the service and causes the company to have to work harder to please those on Wall Street. As an example, in Q1 of calendar year 2022, Disney’s D2C business lost $900 million, just in one quarter. The company expects Disney+ to become profitable sometime in fiscal 2024, and there are some who believe it might take even longer than that, if the rate of growth of Disney+ subscribers slows down, as we have seen with Netflix at the start of the year.

MPN: How accurate is audience measurement, given, for one, the abundance of free trial offers and, for another, Amazon mixing in free shipping with Prime Video?

Rayburn: The only companies that truly know what is going on with streaming services, in terms of viewership, popularity of content, engagement etc., are the streaming services themselves. Some companies, like Alphabet with YouTube TV, don’t even disclose high-level numbers of how many subscribers they have. No streaming media service gives out much in the way of data the industry can use to determine what’s really taking place on their platforms. This is why there are a lot of third-party services in the market that are all trying to measure engagement, churn and retention across many streaming services. These third-party firms struggle to provide detailed and accurate data in the market as their methodology, definitions and comparison of services all vary. Some do give a high-level overview of popular content and what’s trending, but none have a good detailed understanding of churn, retention, ad delivery, or how consumers start and stop video services. It’s also important to note that many streaming services define terms like users, paying subscriber, churn and retention using very different definitions.

MPN: What impact will AVOD have on subscription streaming? It has been said that consumers, since the birth of home video nearly half a century ago, have shown a willingness to pay more to not have to deal with commercials. And yet AVOD has shown remarkable growth over the last few years.

Rayburn: Consumers have different needs depending on content type (live/VOD), length of content (short-form/long-form), desired quality (HD/UHD), device it will be played back on (large screen/mobile), business model (AVOD/SVOD/hybrid) and what type of overall video “experience” they are looking for. Subscribers will pay for ads, and we have many examples of such services in the market including Pluto TV, Tubi, Roku Channel, Twitch, Peacock TV and Amazon’s Freevee. Warner Bros. Discovery, Disney and others have told the industry that their lower-priced tiers, with ads, are some of the most popular plans consumers sign up for. The entertainment business, including music and video, is not a one-size-fits-all model.

MPN: What can be done to elevate the consumer experience, and why is this important?

Rayburn: The best technology is not always what’s adopted. The right consumer experience is all about using the proper combination of technologies within the streaming video workflow to make the experience a great one. Things like ease of use, reliability of the apps and services, the quality of the video and the ability to easily find content and navigate through content, all have to work together. There is no silo in the streaming media ecosystem; you need them to all work together to provide the best experience possible.