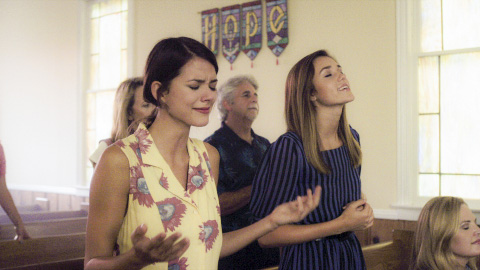 PureFlix.com, the $10.99 monthly faith and family subscription streaming video service, is expanding its offerings to include Spanish-language content.

The new PureFlixEspanol.com platform will feature a variety of titles, including movies I’m Not Ashamed and God’s Not Dead 2, documentaries, talk shows, children’s programs, and animated shows, among others.

Self-help titles feature topics such as starting a new business, effective communication, overcoming a painful past and relationships.

More than 400 Spanish-language titles currently reside on PureFlixEspanol, with additional titles added monthly. An estimated 250 titles are expected to be added to the platform by summer 2018, including telenovelas and original content created exclusively for the new platform.

“When Hispanic consumers talk, a responsible company needs to listen and act…and that’s exactly what we did,” CEO Greg Gudorf said in a statement. “Hispanic families are seeking clean, faith and family titles, and we want to be the streaming video service they turn to and trust.”

According to the Pew Research Center, 77% of Hispanics in the U.S. identify themselves as Christian and a combined 84% indicate that religion in general is “very” or “somewhat” important to them.