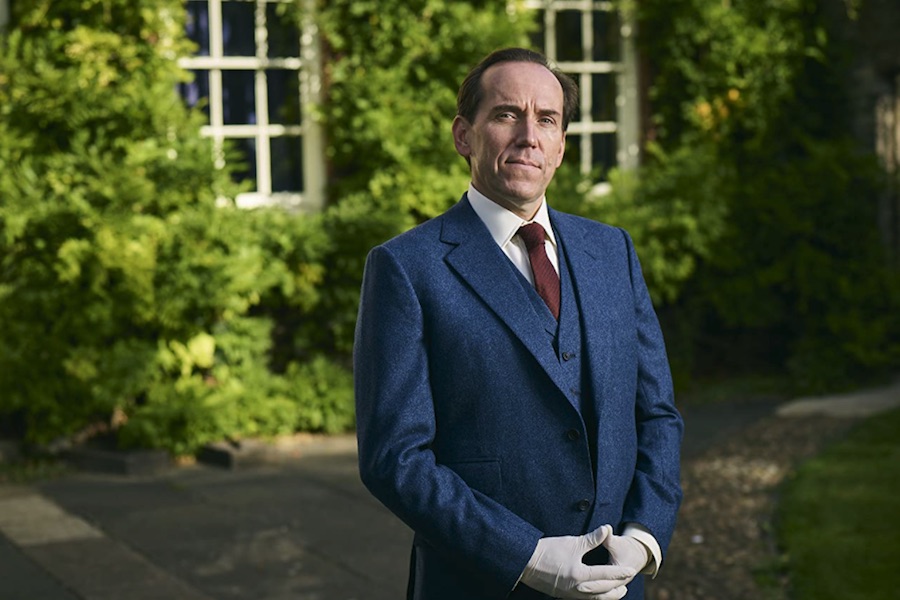 “Professor T,” based on the hit Belgian series of the same name, stars Ben Miller (“Bridgerton”) as Jasper Tempest, a professor at Cambridge teaching the science of crime. He lives a precisely calibrated and rigidly structured life, that is, until a former student, and current detective for the local police, convinces him to help her solve their most difficult cases. Six episodes of the series start streaming July 11.

New “Walter Presents” International series streaming on the channel in July are “The Same Sky,” “The Last Wave,” “The Half Brother,” “Love, Inevitably” and “Under Suspicion.”

Due July 2 are six episodes of the German series “The Same Sky.” It’s East Germany in the spring of 1974, and Lars Weber, an East German Intelligence agent, is being relocated to West Berlin, tasked with seducing and spying on women who work in government or defense institutions for other countries. Lars is a young talent only just emerging from his espionage training program when he is assigned the case of Lauren Faber (Sophia Helin, “Masterpiece: Atlantic Crossing”), a data analyst for the British Secret Service at the Devil’s Mountain listening station. Under the strict, skeptical and somewhat twisted guidance of his handler Ralf Müller, Lars quickly proves his talent, making his first steps into Lauren’s wary and formerly closed-off psyche. When Lauren ends up in intensive care, Lars is given a new target: Sabine Cutter, Lauren’s U.S. counterpart at the listening station, who proves a much tougher target. Will he be able to fulfil his mission or will his growing feelings for Sabine lead to an evening that will forever change their lives?

Debuting July 16 are six episodes of the French series “The Last Wave.” One day in Brizan, a quiet seaside resort in the region of Landes in southwestern France, everything changes with the arrival of a wave. When a surge of clouds and a supersized wave collide during a surfing competition it engulfs the participants, causing them to disappear. Five hours later, the surfers reappear unharmed, but with no recollection of what happened to them. One by one, the returning surfers discover they each possess inexplicable powers.

The Norwegian series “The Half Brother” offers up eight episodes starting July 23. Based on the novel by Norwegian writer Lars Saabye, the series follows the life of a family spanning five generations in 20th century Europe focusing on the half-brothers Barnum and Fred. On V Day, May 1945, as the continent emerges from war, Barnum’s mother Vera is raped in her attic in Oslo by an unknown man, leading to the birth of Barnum’s half-brother Fred. When Barnum is born five years later, to the man that Vera has since met and married, the Nilsen family, like Europe, is already splitting in two. Growing up together during the Cold War — Barnum with his father, and Fred searching for his — the half-brothers become estranged and Fred eventually disappears. At the film festival in Berlin in 1990, as the Wall is still coming down, Barnum learns that Fred has returned. Finally, as the true identity of Fred’s father comes to light, the two half-brothers may once again be reunited.

The Spanish and Italian series “Love, Inevitably” debuts 10 episodes July 25. It is the story of Candela and Massimo, a dancer from Seville and an entrepreneur from Rome, two complete opposites. It all starts in Prague, where Candela and Massimo meet by chance. It is hate at first sight, and yet they can’t stay away from each other. Once back in their home countries, they appear in each other’s thoughts and visions. From that moment on they will have to put up with paranormal phenomena that happen at the most inopportune moments, demanding their attention and manipulating their choices. In an effort to set these spirits and their souls at ease, they will attempt to make their love a palpable reality.