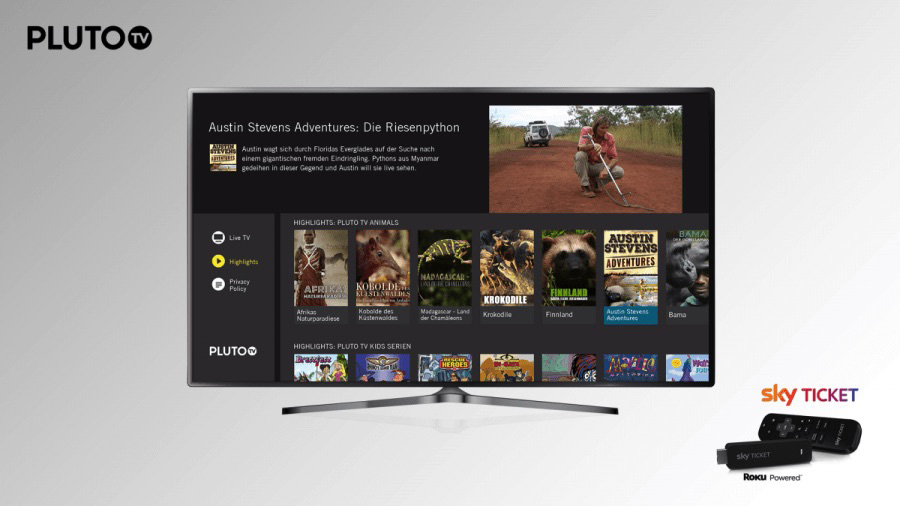 Pluto TV, the Los Angeles-based ad-supported online TV platform, has begun streaming operations in Germany and Austria. The launch follows a similar move in the United Kingdom in October through a collaboration with satellite TV operator Sky.

Sky, which was recently acquired by Comcast, is an investor in Pluto TV, along with ProSiebenSat.1 in Germany.

“The current timing of the launch of Pluto TV in Europe, especially in the German-speaking market, is ideal to harness the great potential for the distribution of linear video offerings via the Internet,”Olivier Jollet, managing director Europe, said in a statement.

Based in the company’s Berlin office, Jollet said the online TV platform’s marketing approach is to underscore the platform’s simplicity at a time when he says typical households subscribe to upwards of three or more – often redundant – over-the-top video services.

“[Consumers] are increasingly losing interest in this,” he said.

Pluto TV launched in 2016 as an app on Sony PlayStation about a year after Dish Network’s groundbreaking rollout of Sling TV – the first standalone online TV service offering pay-TV channels without a long-term contract.

Last month, Pluto inked a licensing deal with Discovery for channels such as Discovery Channel, HGTV and Food Network, Animal Planet, ID, Discovery Life, Science Channel, and TLC, among others.