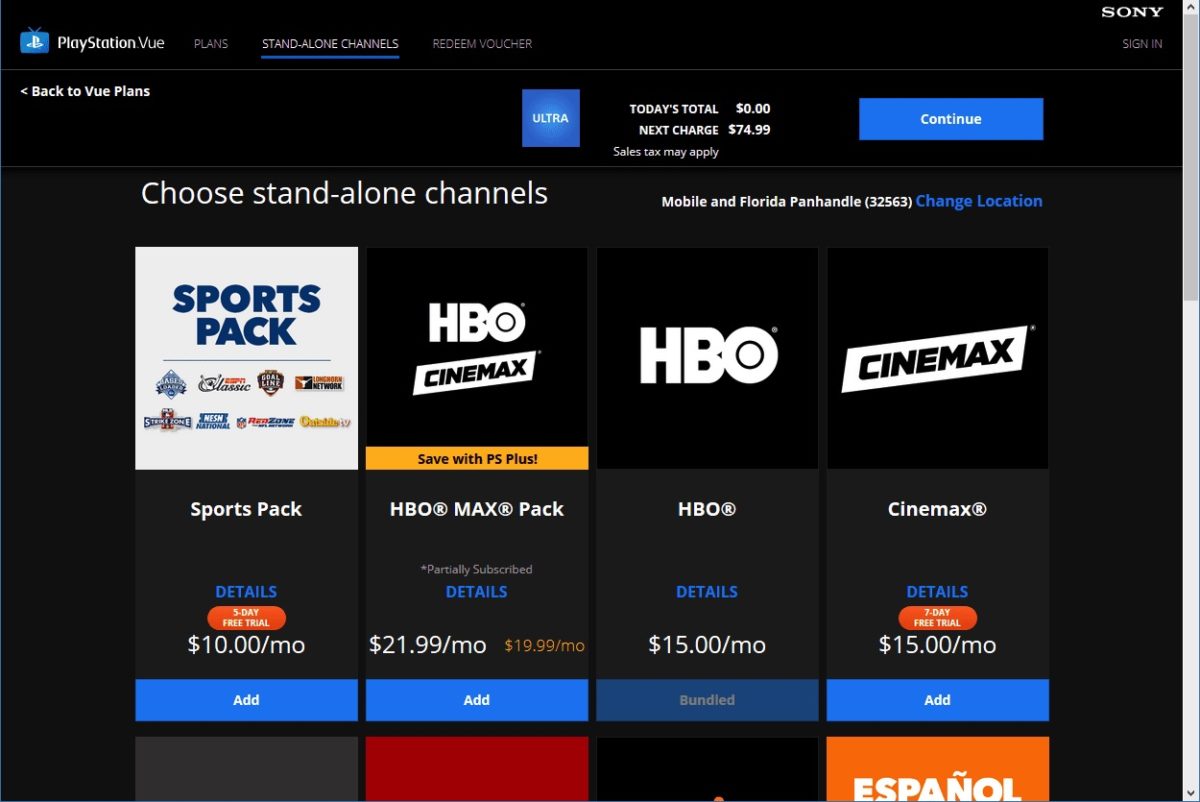 Unique to Vue, subscribers can access the app outside of PlayStation hardware, including on Apple TV, iPad and iPhone.

With access to more than 650 local broadcasters, in addition to national networks, and HBO, FX, HGTV, ESPN, and NFL Network, Vue also added beIN Sports and the pending NHL Network and ACC Network.

“With costs rising each year for content, we constantly evaluate each deal to ensure we continue to deliver the content you want while considering the overall value of each package,” PlayStation Vue wrote in blog post. “After reviewing this, we have made the decision to raise the price of all of our multi-channel plans.”