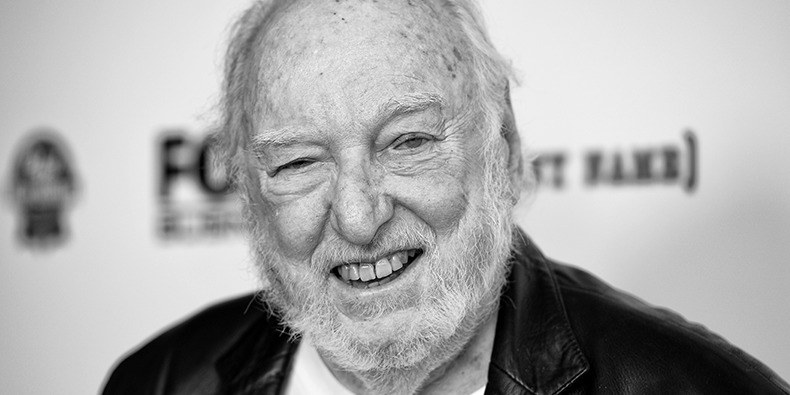 Russ Solomon, the Tower Records and Video founder who was one of the most important retail figures in the home video industry, died March 4 while watching the Academy Awards, the Sacramento Bee reports.

Solomon was watching the Oscars Sunday night when he apparently had a heart attack, his son, Michael Solomon, told the Bee.

“Ironically, he was giving his opinion of what someone was wearing that he thought was ugly, then asked (his wife) Patti to refill his whisky,” Solomon said, according to the Bee. When she returned, he had died.

“Russ Solomon is celebrated as a music industry innovator and visionary, and rightly so,” said Mark Fisher, president and CEO of the Entertainment Merchants Association. “But he was also a significant force in the video industry. For over 25 years, Tower was a leader in both rental and sell-through, featuring a broad mix of titles, catering to the average movie fan and cinephile alike. His retailing concept was ‘give the public lots of stuff that they want at a price they want to pay,’ and that succeeded until the digital revolution in music drove Tower out of business.”

Solomon was just 16 when he began selling records out of his father’s drug store in the Tower Theater building in Sacramento in 1941. He initially sold used jukebox records, taking a break to serve in the military when war broke out.

In 1952 Solomon left retailing and tried his hand at distributing records to discount retail outlets. He borrowed heavily to finance the business and in 1960, after eight years of struggle, he went bankrupt.

After the business failed, Solomon regrouped and with borrowed capital went back into record retailing, this time under the corporate umbrella of MTS Inc., after his son, Michael Toby Solomon. No longer content with selling records out of the drugstore, he opened his own store, Tower Record Mart.

The new venture was a success, and Solomon began opening more stores in Sacramento. In 1968 he opened his first store outside Sacramento, in San Francisco. Two years later, in 1970, Tower opened its celebrated Sunset Boulevard store in Hollywood, which quickly became a hangout for budding rock stars.

Over the next 10 years Solomon added 26 more locations to his burgeoning record retail empire, including a store in Sapporo, Japan, that opened in 1980. The chain continued to expand around the globe in the 1980s, with Tower Records stores popping up in Japan, the United Kingdom, Canada, Hong Kong, Taiwan, Singapore, South Korea, Thailand, Malaysia, the Philippines, Ireland, Israel, United Arab Emirates, Mexico, and Latin America.

Tower Video was launched in 1981 as one of the few retail outlets where consumers could buy videocassettes, which at the time were priced at upwards of $65 for new releases. When DVD arrived in 1997 Tower Video at first flourished, becoming one of the first big chains to carry a full selection of DVDs. Indeed, when Warner Bros. went national with DVD in August 1997, Tower was one of its biggest DVD customers, alongside Best Buy and Musicland.

“Russ Solomon was a pathfinder for the industry in his support of the sales model, initially in VHS, and then was a front-runner in supporting the launch of DVD,” said Warren Lieberfarb, the former Warner Home Video president credited as the father of DVD. “He was an extraordinary person with a big heart and a great mind.”

Solomon was a familiar sight at the annual Video Software Dealers Association (VSDA) conventions in Las Vegas, often wearing a bright-red satin jacket that gave him a rock-star image.

Gary Messenger, who was a leading independent video rental retailer in North Carolina in the 1980s, remembers Solomon well. In a March 5 Facebook posting he wrote, “A friend and one of the most incredibly unique and innovative individuals I have ever known has left us…. There were record stores before Russ, but after Russ they became ‘Record Stores.'”

Ultimately, Tower’s video business eroded when Wal-Mart, Target Stores and other mass merchants began selling DVDs at deep discounts. The chain had already been hit on the music side by file-sharing and the iPod. In 2004 Tower Records entered bankruptcy for the first time, stung by a changing business and saddled with crushing debt from aggressive expansion in the 1990s.

In August 2006, Tower Records filed Chapter 11 bankruptcy for the second time, hoping to negotiate a sale prior to the holiday season. No buyer was found, and in December 2006 the chain officially went out of business.

Years later, in 2015, actor Colin Hanks honored Solomon in the documentary “All Things Must Pass,” which chronicled Tower’s rise and fall.

John Thrasher, the longtime VP of video purchasing at Tower Video until his retirement in March 2003 to care for his aging father, said of Solomon, “It’s truly the end of an era, a finality that goes beyond the various changing devices we people choose to view or listen to the arts. Russ was a people person to the extreme, very sharp-witted with humor, empathy and respect for all. His company embodied that spirit for as long as it stood.

“He reinvigorated so many cities with Tower stores in locations that were begging for gentrification. He spawned fashion through the young people who worked for him. He always listened and always led. He was one of a kind – there was nobody like him on the planet. I miss him tremendously and it has only been a day.”