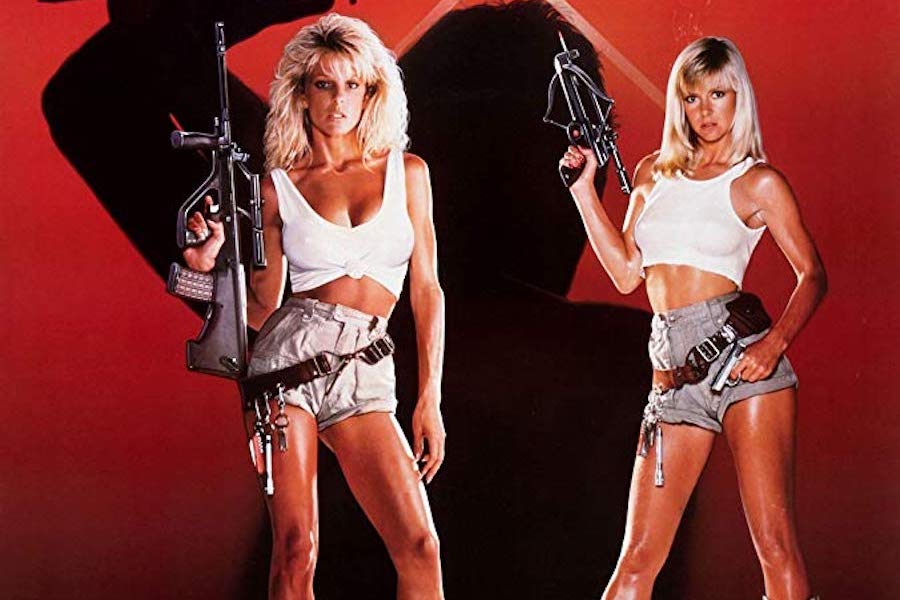 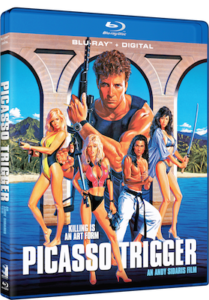 Picasso Trigger follows spy Travis Abilene and L.E.T.H.A.L. agents Donna and Taryn from Paris to Texas to Hawaii to Las Vegas as they attempt to thwart the insidious Salazar, a master of deception who is about to unveil his masterpiece: a plot to blast his enemies to kingdom come. 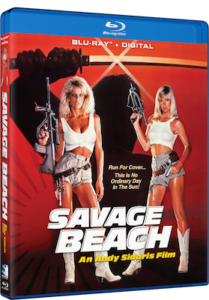 In Savage Beach Donna and Taryn return as federal agents whose latest undercover mission ends when their plane crashes on a deserted South Seas island. Their hope of a quick rescue is destroyed when they are captured by a group of U.S. Naval commandos who have come to the island seeking a fortune hidden there 50 years earlier. But a traitor has infiltrated their group. A band of terrorists storms the island, determined to grab the gold and leave no witnesses behind. Donna and Taryn are caught in the crossfire.

The director of the two films, Andy Sidaris, was a pioneer in sports television production, directing hundreds of live events ranging from nationally televised games to Olympic programs which earned him seven Emmy awards. In the mid-1980s, Sidaris with his wife Arlene produced 12 films affectionately referred to as the “Bullets, Bombs and Babes” series. The trademark of these action and humor-packed movies was casting models as the gun-toting secret agents tracking down muscle-bound bad guys also armed with heavy artillery. This formula of beautiful people in exotic locations with big production values and even bigger explosions set these films apart from other after-hours fare and has secured a loyal and devout fanbase.

“The response from fans regarding the Blu-ray releases of Malibu Express and Hard Ticket to Hawaii has just been tremendous,” said Arlene Sidaris, producer of the Malibu Bay Films library, in a statement. “The 4K transfers that the American Genre Film Archive have produced allow our movies to be preserved and enjoyed all over again.”