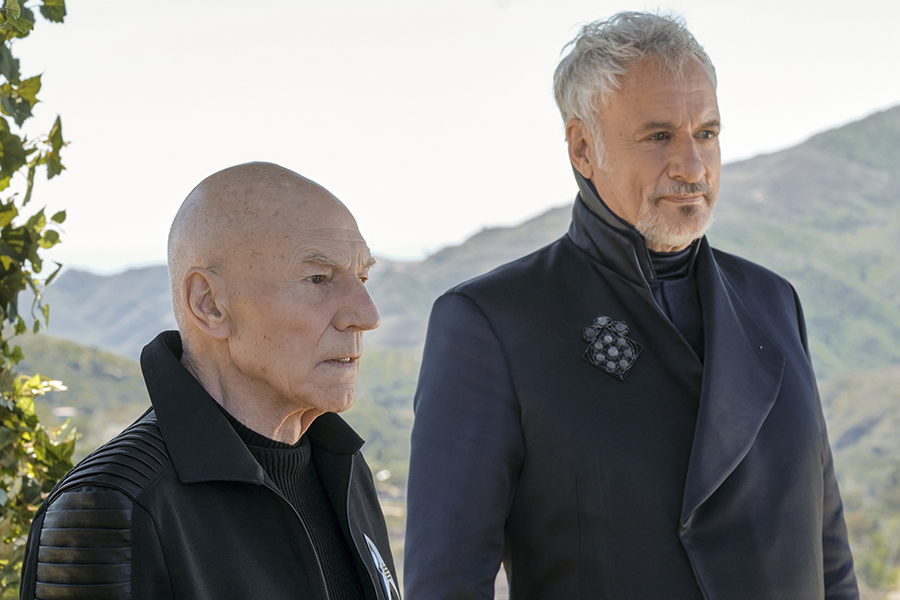 The Disney+ “Star Wars” series “The Mandalorian” remained No. 1 for a sixth week on Parrot Analytics’ digital originals U.S. rankings the week ended March 11. The series hasn’t aired a new episode in more than a year, but still had 37.5 times the demand of an average series after a 3.7% drop in demand expressions, the proprietary metric Parrot uses to gauge a show’s popularity.

Rising to No. 2 on the digital originals chart for the week, up nine spots from No. 11 a week earlier, was the Paramount+ original series “Star Trek: Picard.” It had 33.5 times average demand and a 35.7% jump in demand expressions following the premiere of its second season March 3. The new season features longtime “Star Trek” nemesis Q and a time travel scenario involving the characters existing in an evil version of the Federation.

Netflix’s perennially popular “Stranger Things” slipped to No. 3 on the digital originals chart. It had 33 times average demand after an 13.3% dip in demand expressions.

The Disney+ “Star Wars” series “The Book of Boba Fett” dropped a spot to No. 4 on the digital originals chart. It had 30.4 times the demand of an average series following a 12.3% drop in demand expressions.

Netflix’s video-game inspired fantasy series “The Witcher” remained No. 5 with 28.6 times average demand after a 1.8% dip in demand expressions.

The Hulu limited series “Pam & Tommy” climbed two spots to No. 10 with 24.9 times average demand and a 3.4% rise in demand expressions. The series, which tells the story of the brief 1990s courtship and marriage of Tommy Lee and Pam Anderson, and the sex tape it spawned, had its finale released March 9.

The No. 1 overall TV series in terms of online demand was “SpongeBob SquarePants,” with 68.1 times average demand. 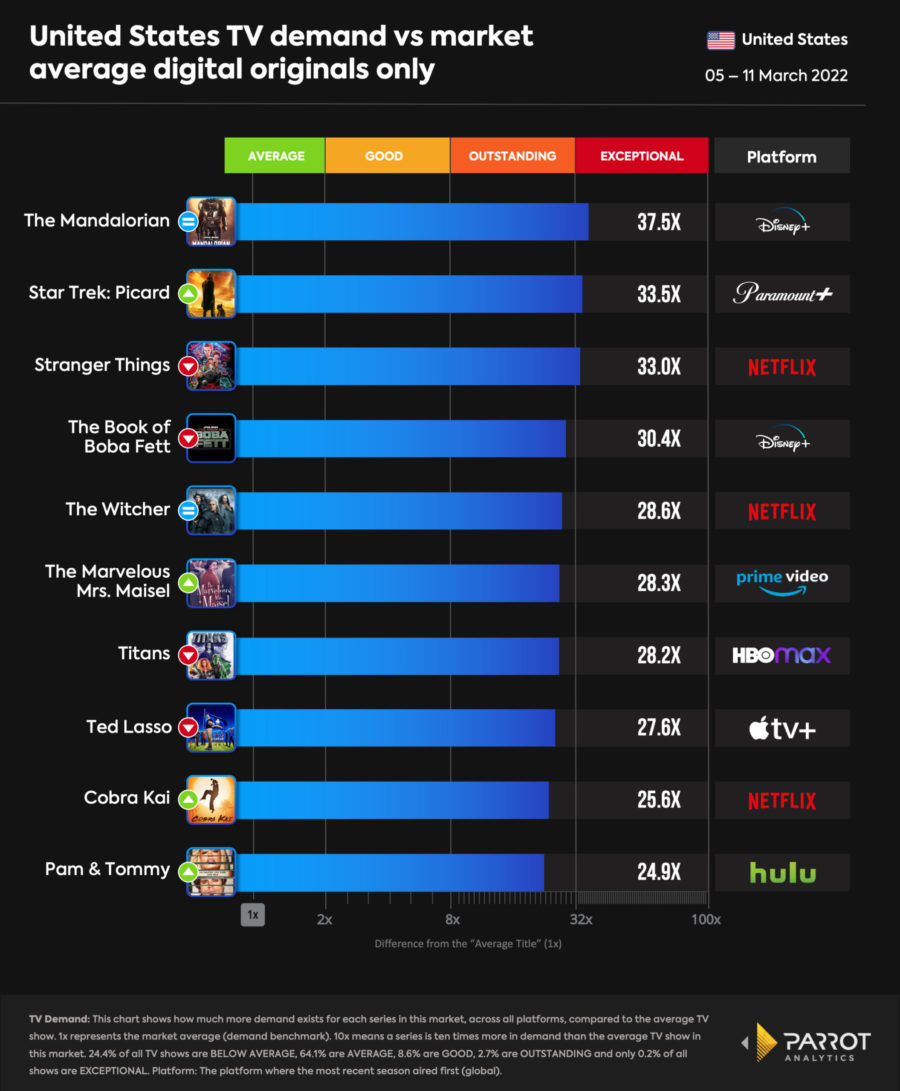