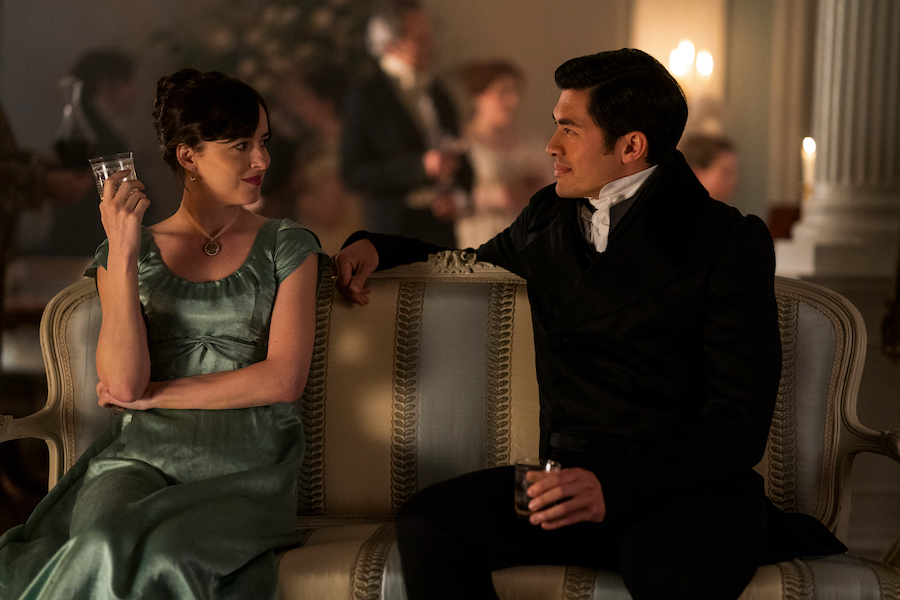 Persuasion, which started streaming July 15, stars Dakota Johnson, Cosmo Jarvis and Henry Golding. It’s based on the Austen novel of the same name about a woman who longs to rekindle a lost romance.

Part two of season four of “Stranger Things,” the Duffer Brothers’ science-fiction horror drama, debuted July 1. In the season, the friends are separated for the first time, navigating the complexities of high school. Meanwhile, a new and horrifying supernatural threat surfaces, presenting a gruesome mystery that, if solved, might finally put an end to the horrors of the Upside Down.

Debuting at No. 2 on the streaming movies chart was The Bob’s Burgers Movie, an animated musical comedy based on the TV show. It started streaming on both Hulu and HBO Max July 12.

Doctor Strange in the Multiverse of Madness, which began streaming on Disney+ June 22, fell from the top spot to No. 3 on the streaming movies chart. The Marvel Comics-based sequel stars Benedict Cumberbatch as Doctor Stephen Strange, master of the mystic arts. In the film, Strange meets a teenage girl from a parallel world who has the power to travel between the multiverses.

Rising to No. 2 from No. 5 on the streaming originals chart was Disney+’s “Ms. Marvel.” Based on the Marvel Comics, the series follows Kamala Khan, a 16-year-old Avengers fangirl who struggles to fit in until she gets her own powers. It started streaming in weekly episodes June 8.

Falling back to No. 3 from No. 2 on the streaming originals charts was “The Boys,” a black comedy series based on the comic book of the same name that follows the battle against abusive superheroes. Season three started streaming on Prime Video June 3.