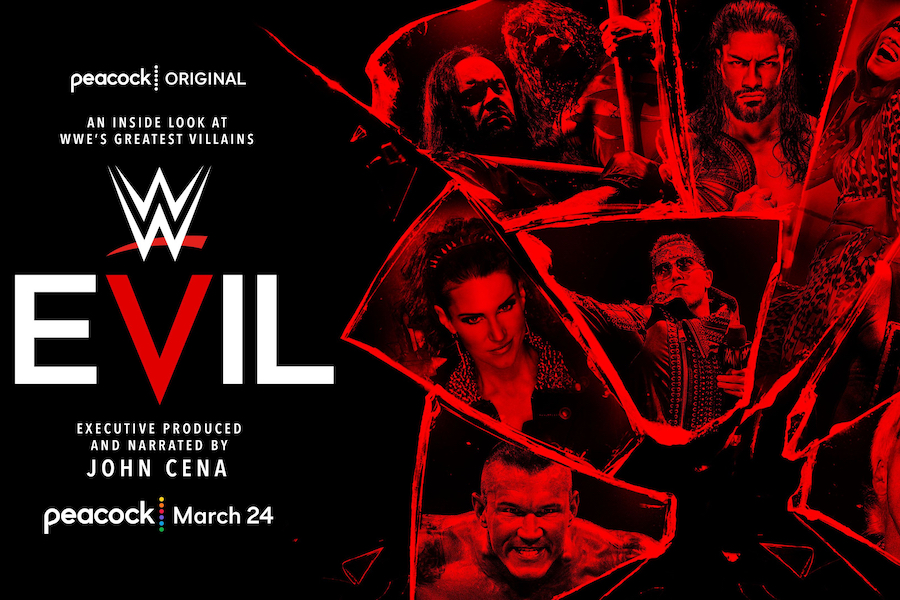 Created and hosted by John Cena, the eight-part docuseries is the latest expansion of WWE programming on Peacock, and the first-ever original from WWE Studios. It takes a look at the most diabolical antagonists in WWE history.

“As Peacock continues to expand its WWE programming, we are thrilled to bring the new original series ‘WWE Evil’ to the platform, working with the one and only John Cena,” Benny Reuven, VP of entertainment unscripted content at NBCUniversal Television and Streaming, said in a statement. “There is no one better to take viewers into the minds of WWE’s fiercest villains than Cena himself. We can’t wait for WWE fans to devour this series.”

Peacock is the exclusive streaming home in the United States for WWE, offering fans catalog content in addition to premium live events.