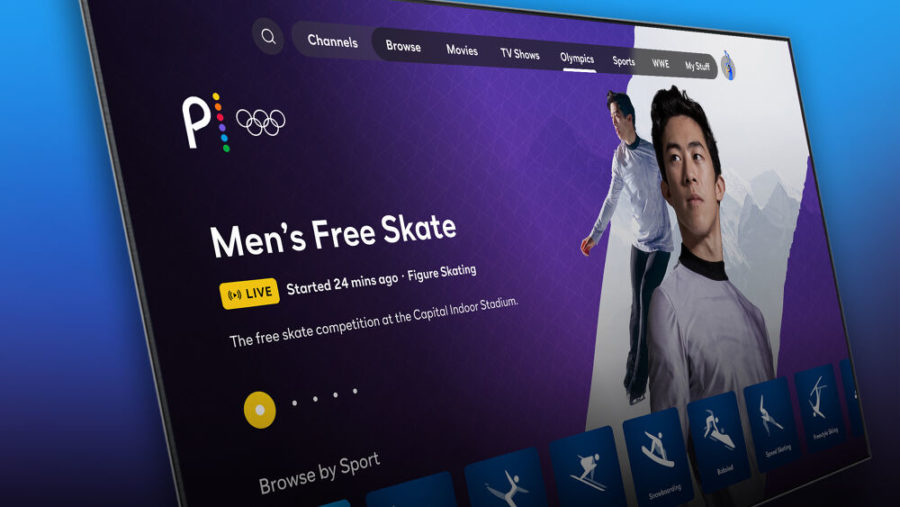 NBCUniversal’s streaming platform Peacock will stream the entire upcoming 2022 Beijing Winter Olympics Feb. 2-20. For the first time, all events from the XXIV Olympic Winter Games (including opening and closing ceremonies) will be available to access via Peacock’s premium tier ($4.99 monthly with ads, $9.99 without ads) option.

“As the streaming destination of the 2022 Winter Olympics, Peacock will offer the ultimate fan experience all in one place,” Kelly Campbell, president of Peacock, said in a statement. “From every live event and gold medal moment to exclusive daily shows, channels and original documentaries, viewers will be able to easily catch-up and keep up on all the action throughout the Games with our comprehensive Olympics hub on Peacock.”

The Opening Ceremony takes place on Feb. 4, with competition coverage beginning two days prior on Feb. 2, and NBC’s first primetime show taking place Feb 3. The Games conclude on Feb. 20, with the Closing Ceremony.

“We are excited to offer NBC Olympics’ storytelling and complete streaming coverage of the 2022 Olympic Winter Games on Peacock,” said Molly Solomon, executive producer of NBC Olympics & Paralympics. “This approach provides the American audience with a dynamic, easy-to-use Olympic viewing hub where not a single moment, live or on-demand, will be missed.”

More details about NBCUniversal’s television coverage of the Games, including full daily schedules of live events and replay availability, as well as Peacock exclusive daily studio programming details will be announced soon.