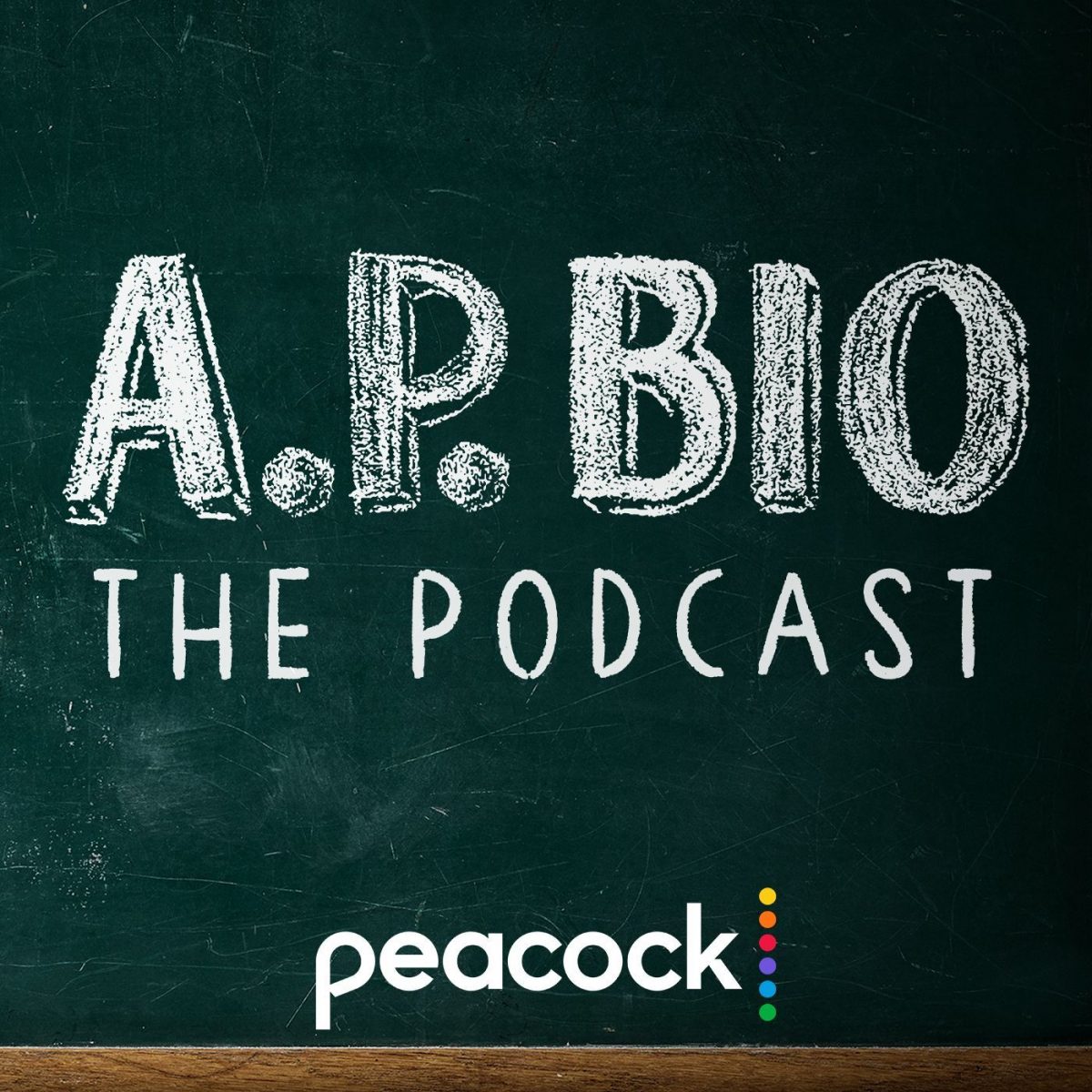 NBCUniversal’s SVOD platform Peacock has begun streaming “A.P. Bio: The Podcast,” a 10-episode companion series in preparation for the eponymous series’ third season, which launches Sept. 3 on Peacock. This marks the first podcast series for the SVOD platform.

“It was really cool of Peacock to agree to do it. And Sari and Eddie are the perfect hosts. They are incredibly positive, enthusiastic and interested in showcasing all aspects of the show,” O’Brien said in a statement.

When disgraced Harvard philosophy scholar Jack Griffin (Howerton) loses out on his dream job, he is forced to return to Toledo, Ohio, and work as a high school Advanced Placement biology teacher. As he comes crashing into Whitlock High School, Jack makes it absolutely clear that he will not be teaching any biology. Realizing he has a room full of honor roll students at his disposal, Jack decides instead to use the kids’ brainpower for his own benefit. But are his students instead helping him to realize his dream job might actually be the one he has right now? Eager to prove that he is still king of the castle, Principal Durbin (Oswalt) struggles to control the force of nature that is Jack Griffin.

“A.P. Bio: The Podcast” adds to the catalog of podcasts released by NBC Entertainment Podcast Network, including “The Law & Order SVU: The Squadroom,” “Late Night With Seth Meyers Podcast,” “The Good Place: The Podcast,” “Brooklyn Nine-Nine: The Podcast” and “American Ninja Warrior Podcast.”