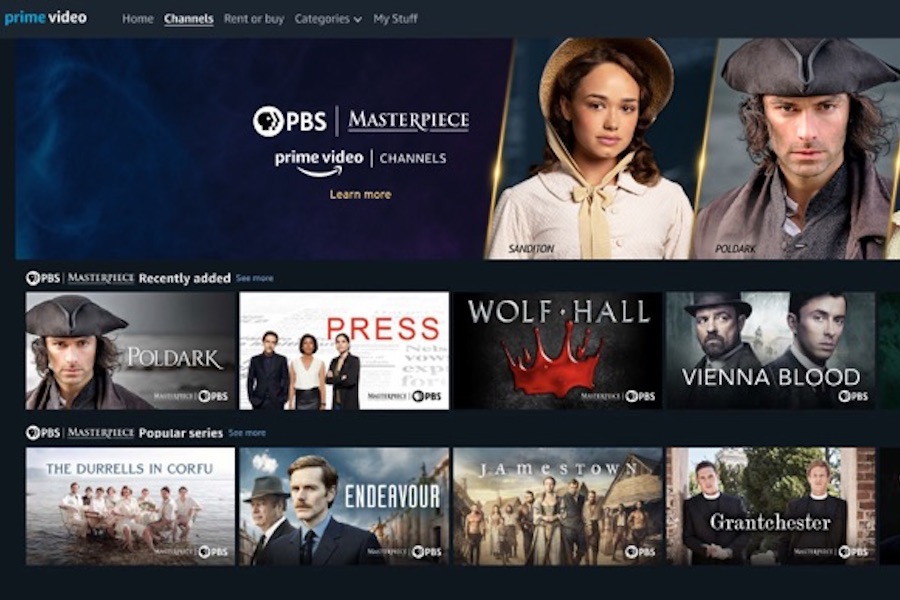 “We have seen tremendous consumer demand and subscription growth since we launched PBS Masterpiece on Amazon Prime Video Channels in the United States in May of 2017,” Andrea Downing, co-president of PBS Distribution, said in a statement. “This expansion allows our committed and loyal Masterpiece fan base in Canada to enjoy these high-quality, award winning programs whenever they like.”

In addition to Masterpiece programming, the channel will also offer titles from the Walter Presents library of series from countries all over the world, subtitled in English, marking the debut of Walter Presents programs to Canadian audiences. Titles include the highest-rated drama in Denmark, “Seaside Hotel,” and crime thriller/mysteries “Professor T,” “Though Shall Not Kill” and “Before we Die,” among many others.

“I am genuinely thrilled to be launching Walter Presents in Canada, with its rich, bi-lingual culture and its history of active engagement with the world as well as its long-standing appreciation of world drama,” said Walter Iuzzolino, co-founder and curator of Walter Presents, in a statement. “I know Canadian audiences will embrace our collection of quality, award-winning series with a sense of curiosity and with real gusto.”

The subscription rate for PBS Masterpiece in Canada will be CDN $6.99 per month plus applicable taxes with an Amazon Prime membership.