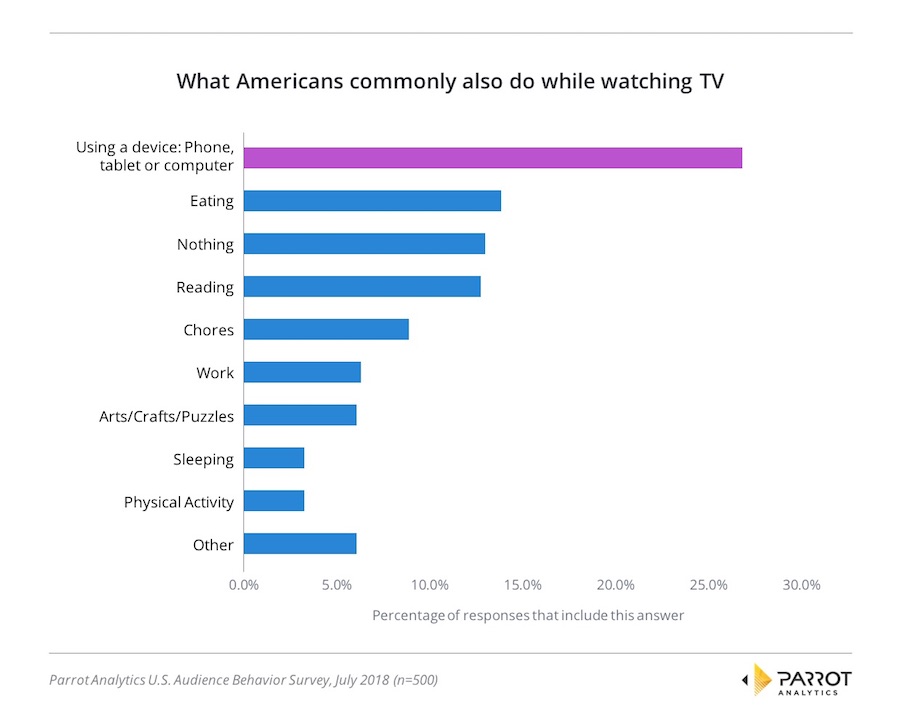 While 13% of Americans report that they do nothing else while watching TV, completely undistracted viewers are a minority, according to a study from Parrot Analytics.

The study surveyed 500 Americans, asking the question: “While watching TV shows, what other activities are you commonly doing as well?” The content of each answer to this open-ended question was assigned to the best-fitting category or categories.

Using tech devices was by far the largest category of activities done while watching TV, with 26.8% of responses involving a phone, tablet or computer, according to the study. The second most common activity was eating a meal at 13.8%. Other findings include:

Finally, 6% answered with something that didn’t fit into one of the above categories. The “other” category included respondents who said they use their TV time to bond with their family and a handful who said they like to watch a second TV show while watching TV.