Paramount+ launches with strong demand for its “Star Trek” series and original dramas, with seven originals at launch that rank in the “Outstanding” category of demand, according to Parrot Analytics, placing them in the top 3% of all TV series by demand.

“The fact that the platform’s top three series are all from the ‘Star Trek’ world suggests the emphasis on Paramount+ as the home of ‘Star Trek’ could be a winning strategy, ala Disney+’s use of ‘The Mandalorian’ and ‘Star Wars: The Clone Wars’ to build a massive subscriber base,” according to Parrot. 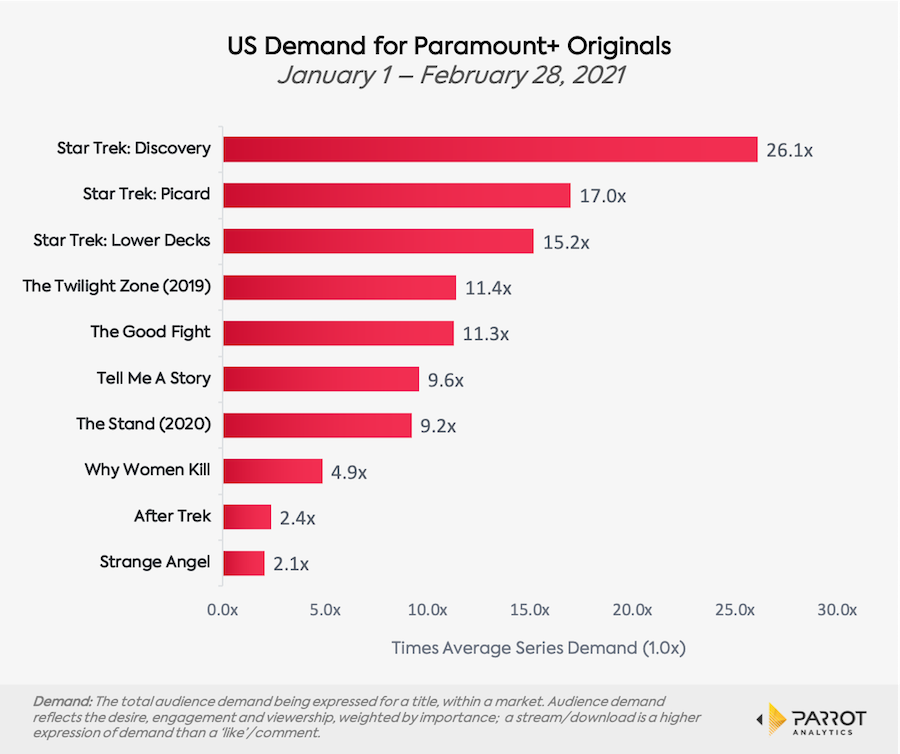 Paramount+ is outranking its most direct competitor — Comcast’s Peacock — in U.S. demand for original programming, according to Parrot. When compared to Peacock originals, Paramount+ has the top five and seven of the top eight most in-demand original series between the two platforms. Paramount+ has seven different series with “Outstanding” demand, compared to just one for Peacock. 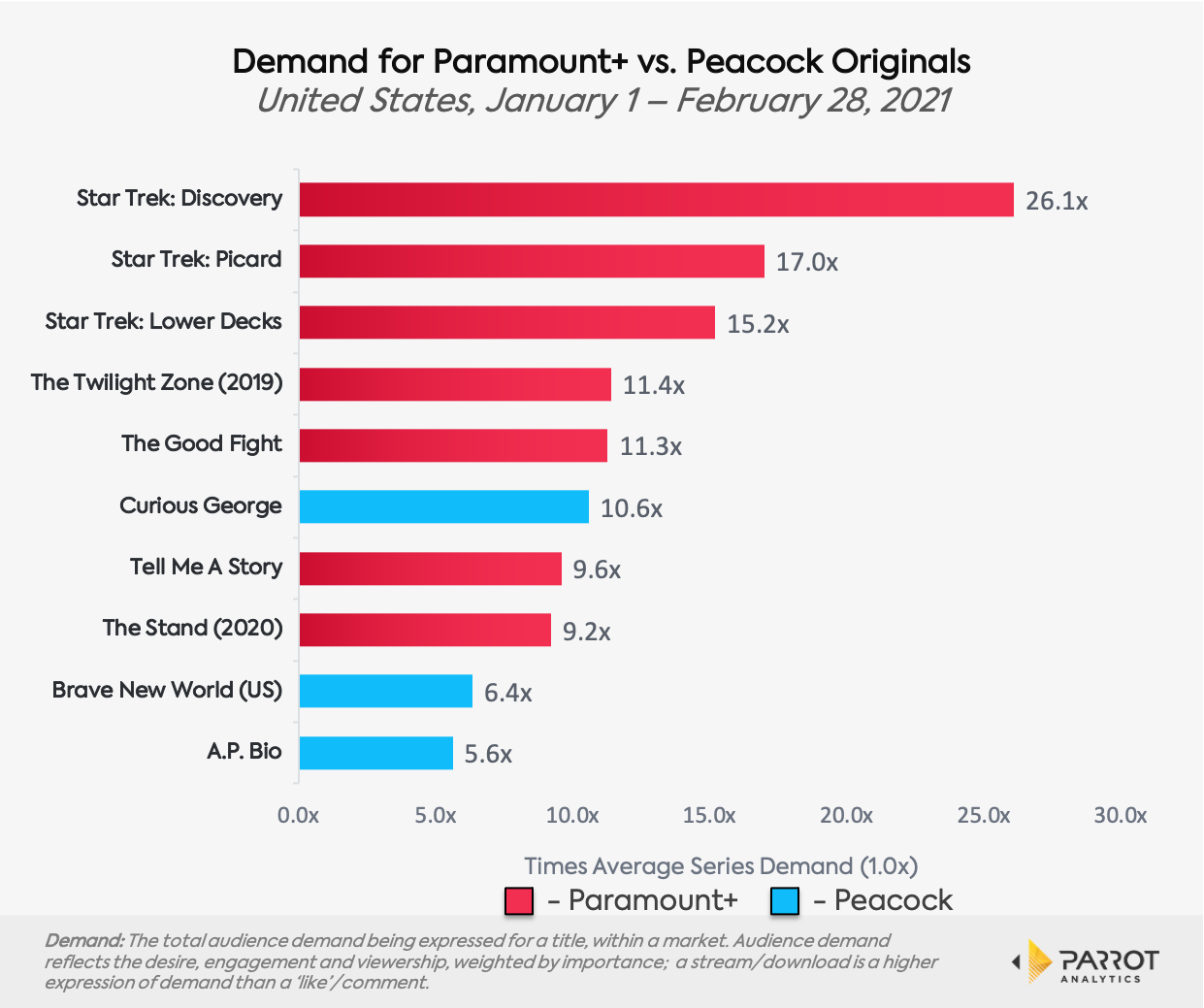 Paramount+ has chosen several highly in-demand TV franchises to reboot or expand, targeting many different audiences, from anime, to sitcoms, to procedural dramas to children’s series, Parrot noted. CBS hit “Criminal Minds” will get a reboot. The show is currently drawing 36.5x the demand of the average series in the United States, putting it in the top 0.2% of all shows by demand.

“Considering it has been off air for more than a year and it’s still drawing this much demand, new content featuring this franchise will likely expand on its already massive audience,” according to Parrot.

“Avatar: The Last Airbender” is another franchise that is ripe for audience expansion, according to Parrot. The show quickly became one of the top 10 most in-demand shows in the United States when it debuted on Netflix last summer, so Paramount+ getting the shows’ creators back in their fold looks like a “savvy move,” Parrot noted. 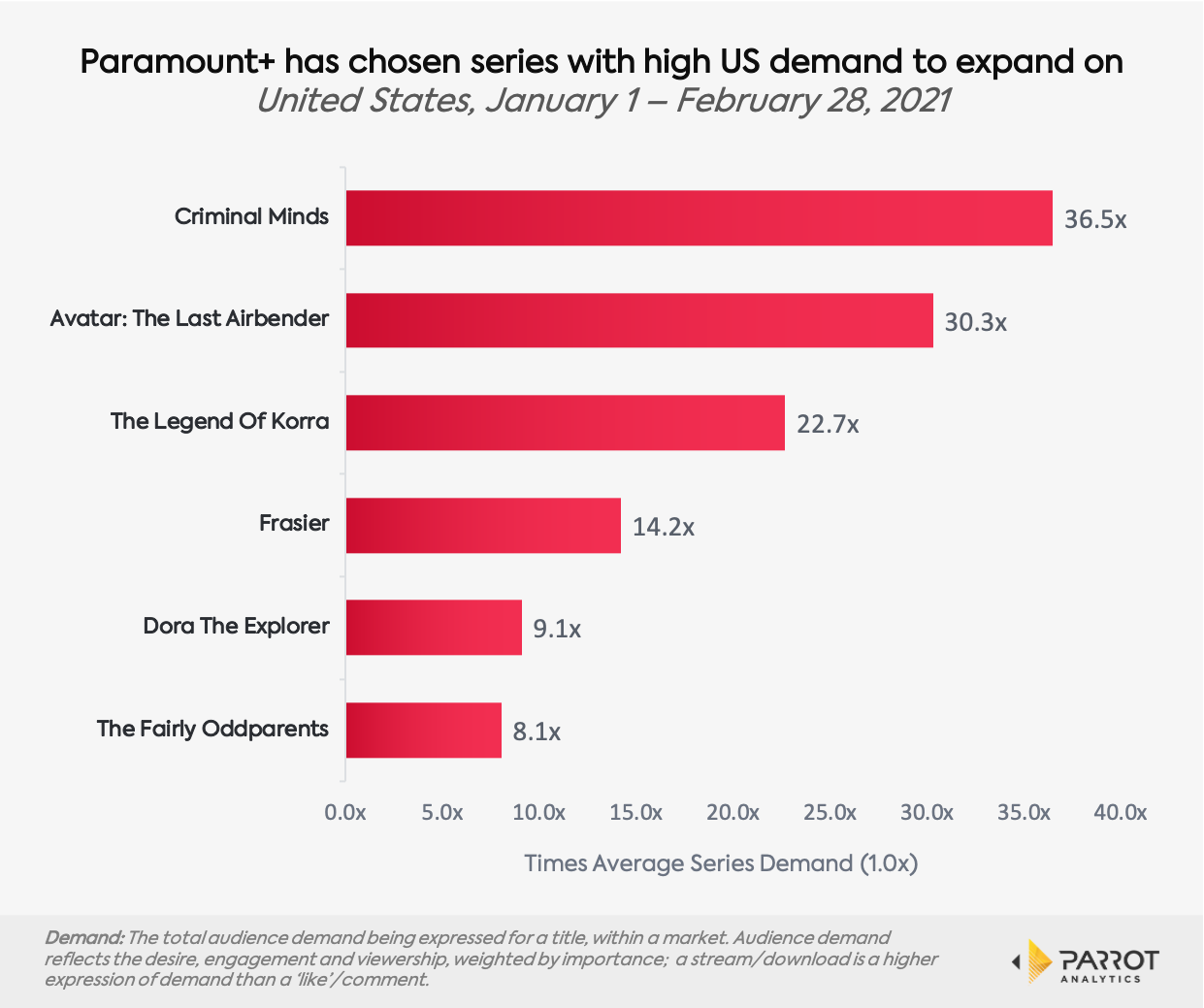 Parrot also looked at the potential for the streaming service, analyzing the content libraries it controls, including all titles they are able to regain once all licensing rights sold to third parties expire. In this regard, Viacom stacks up pretty well in its long-term potential, finishing just a hair behind AT&T, but well above Comcast and Netflix in the battle for library content demand, according to Parrot. 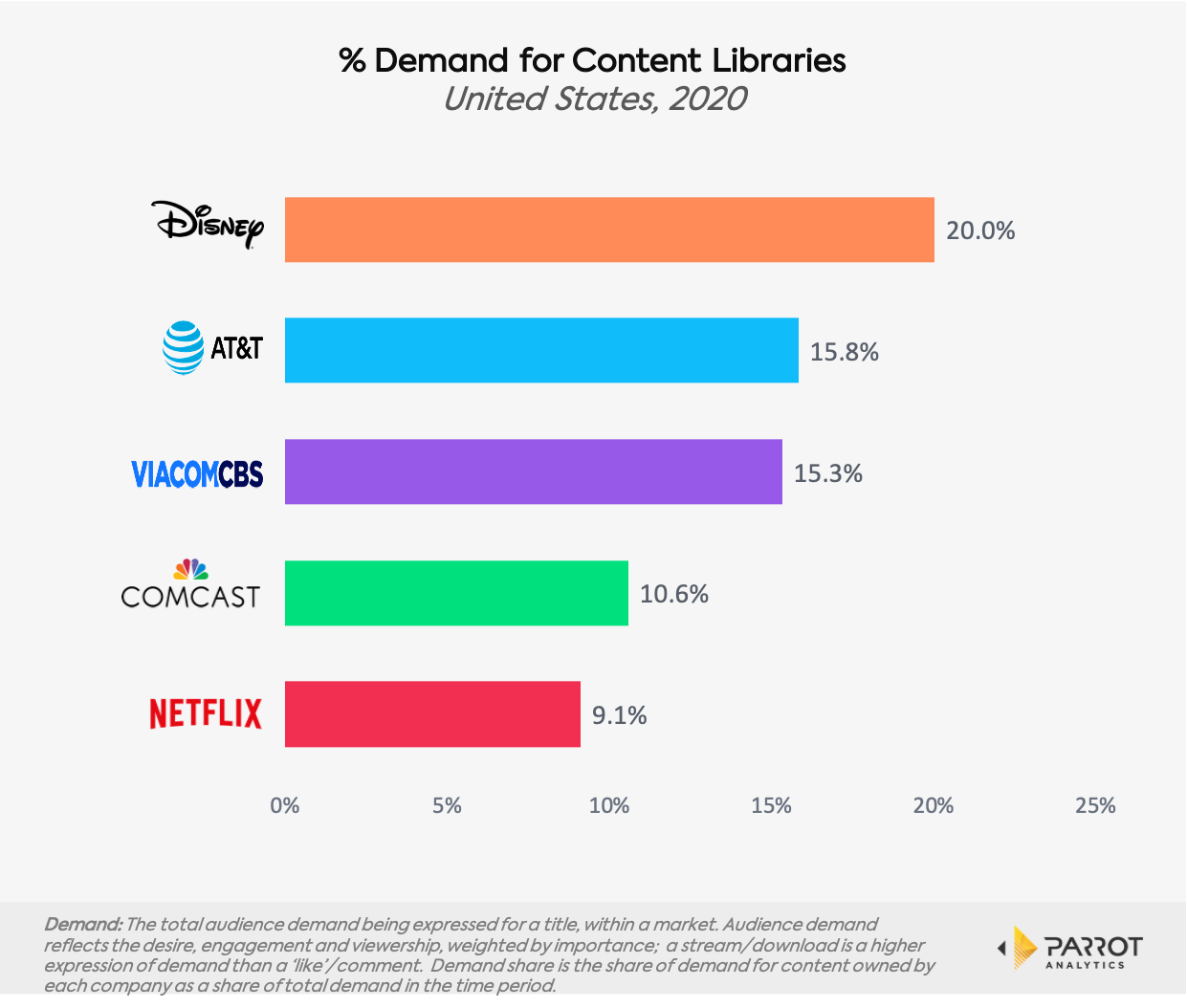 “Paramount+’s strategy of doubling down on the ‘Star Trek’ franchise while rebooting older highly in-demand TV content, along with its differentiators in the sports and news space, should place it in the middle tier of the streaming competition,” Parrot noted.