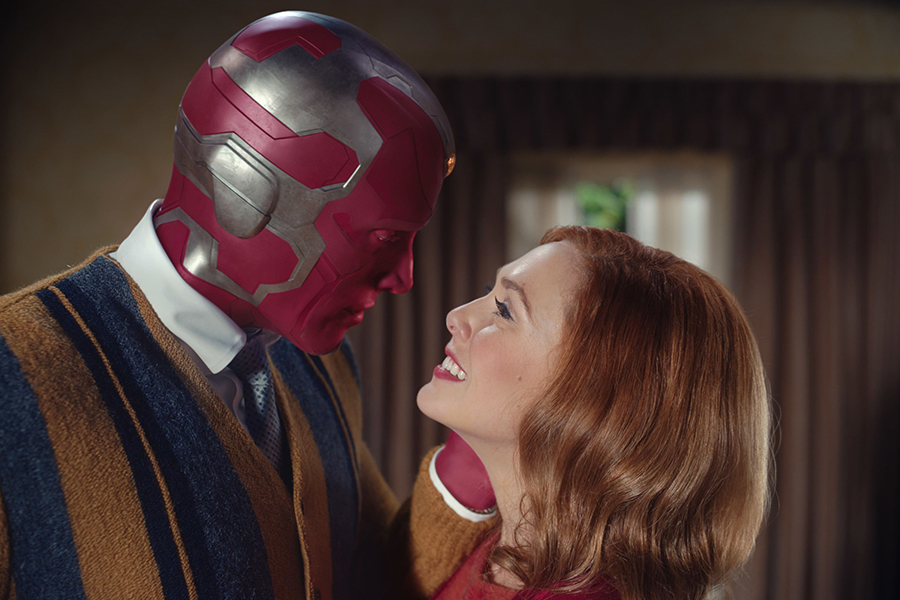 The average U.S. audience demand for TV series nominated for five or more major Emmys has grown 65.5% in the last half decade, according to new data from Parrot Analytics.

In 2017 Emmy voters rewarded more character-focused drama and comedy series such as “Veep,” “Silicon Valley” and “Better Call Saul.” While these series did have loyal fanbases, they only cracked the lower levels of Parrot’s “Outstanding” category of audience demand.

With Disney+’s “WandaVision” and “The Mandalorian” racking up a combined 13 major Emmy nominations (and 46 overall) and Amazon Prime’s “The Boys” getting a nom for Best Drama, 2021 is by far the Emmys’ most crowd-pleasing year of the streaming era, according to Parrot.

“Emmy voters have traditionally stuck with the same series and talent year after year when it comes to nominations, even if those shows or talent don’t win,” said Parrot Analytics senior strategy analyst Julia Alexander. “But the proliferation of streaming and increase in audience demand for genre shows across new platforms have become seemingly impossible for the Academy to ignore.” 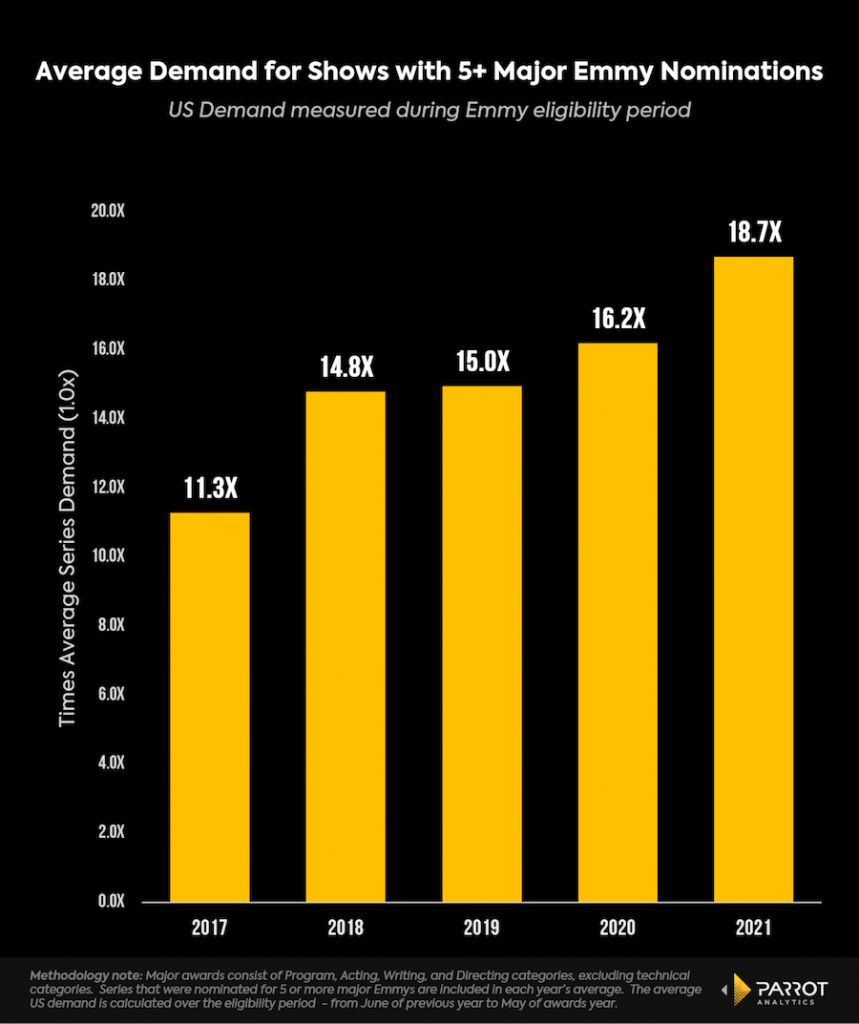