Netflix is still the dominant player in the worldwide streaming game, according to the data, but its global and U.S. digital original demand share have shrunk to record lows in Q1 2021 due to rising competition from the likes of Disney+, Apple TV+, HBO Max and other services. 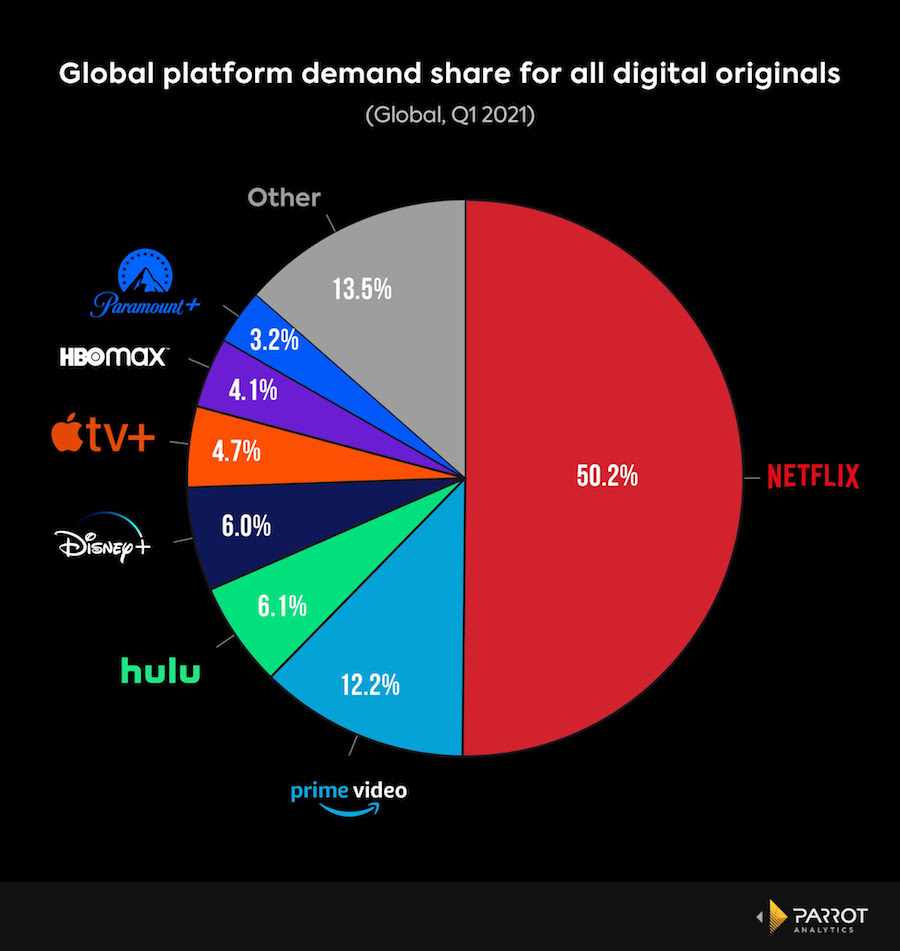 “It’s also a testament to the remarkable success of the many new entrants to the streaming wars over the last 18 months in creating in-demand original content and carving out a niche at the expense of Netflix,” read a Parrot press release.

Most notable has been the surge of Disney+, moving up to 6% worldwide demand share for Q1 2021 from just 3.6% share for the full year 2020, largely on the back of its two new Marvel series.

For the second straight quarter, Netflix’s digital original demand share has fallen below a majority in the United States, another sharp decline from two years ago when the streamer had 63.1% U.S. demand share in Q1 2019. Netflix’s U.S. share of digital original demand has been on a downward trajectory each month this quarter, ending with a 47.6% share in March in the United States. 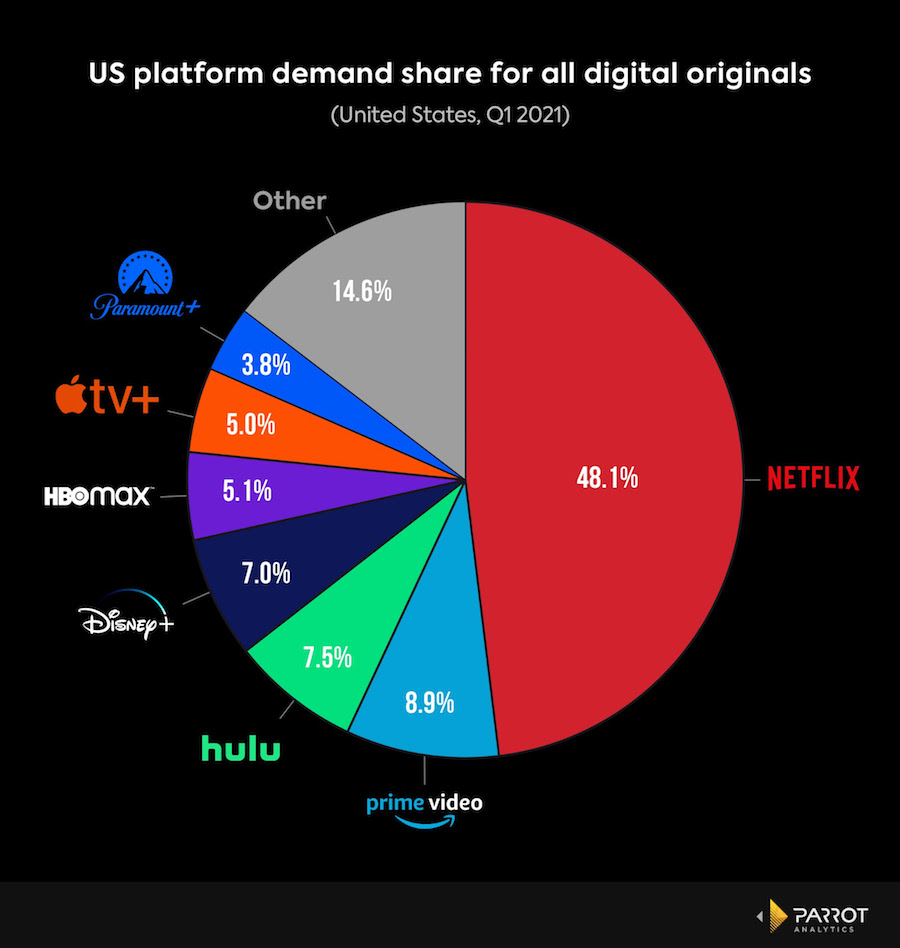 Disney+’s trajectory has followed an almost inverse path from Netflix, up each month in Q1. It has risen to 7% U.S. digital original demand share, up from 5.4% for full year 2020. The first quarter saw the debut of Disney+’s highly anticipated slate of Marvel content, including the full run of “WandaVision,” and the first two episodes of “The Falcon and the Winter Soldier.”

Still, despite all the headlines and attention for Disney+’s tentpole Marvel series, Netflix’s “Cobra Kai” was the most in-demand digital original series in the United States for Q1 2021.

While “Cobra Kai” was not the most in-demand digital original globally in Q1 and Disney+ originals dominated the top of the charts, Netflix has strength in numbers. Seven of the top 10 original series globally in Q1 were Netflix originals (compared with five in the top 10 in the United States).

Netflix’s increasing emphasis on producing and promoting non-U.S. and non-English-language originals (particularly “Dark” and “La Casa de Papel”) is clearly paying off with global audiences, according to Parrot, as Netflix has more digital originals in the global top 10 and a higher global digital original demand share (50.2%) than its U.S. demand share (48.1%).