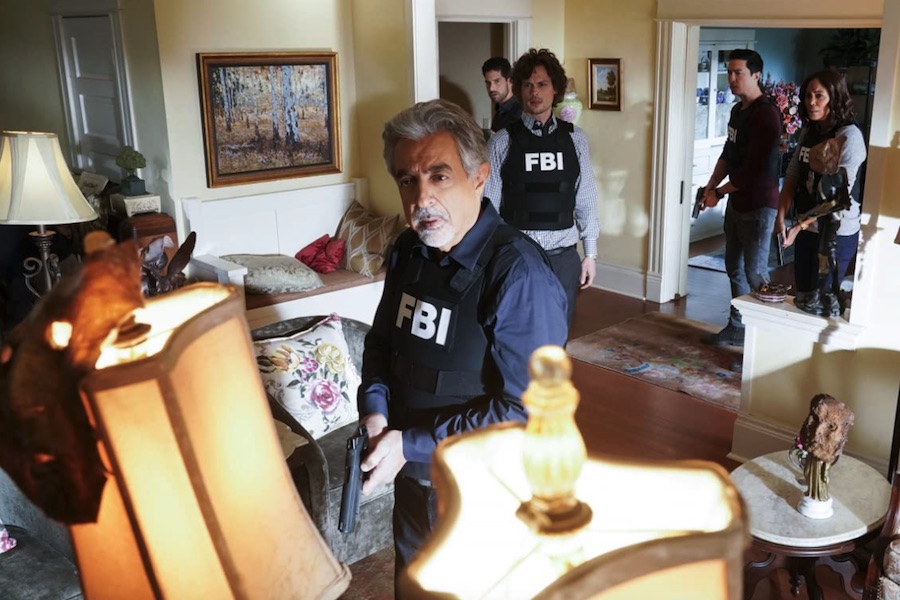 In Q2 2021, ViacomCBS content had the second-highest corporate demand share of any media conglomerate in the United States, behind only Disney, according to Parrot data. 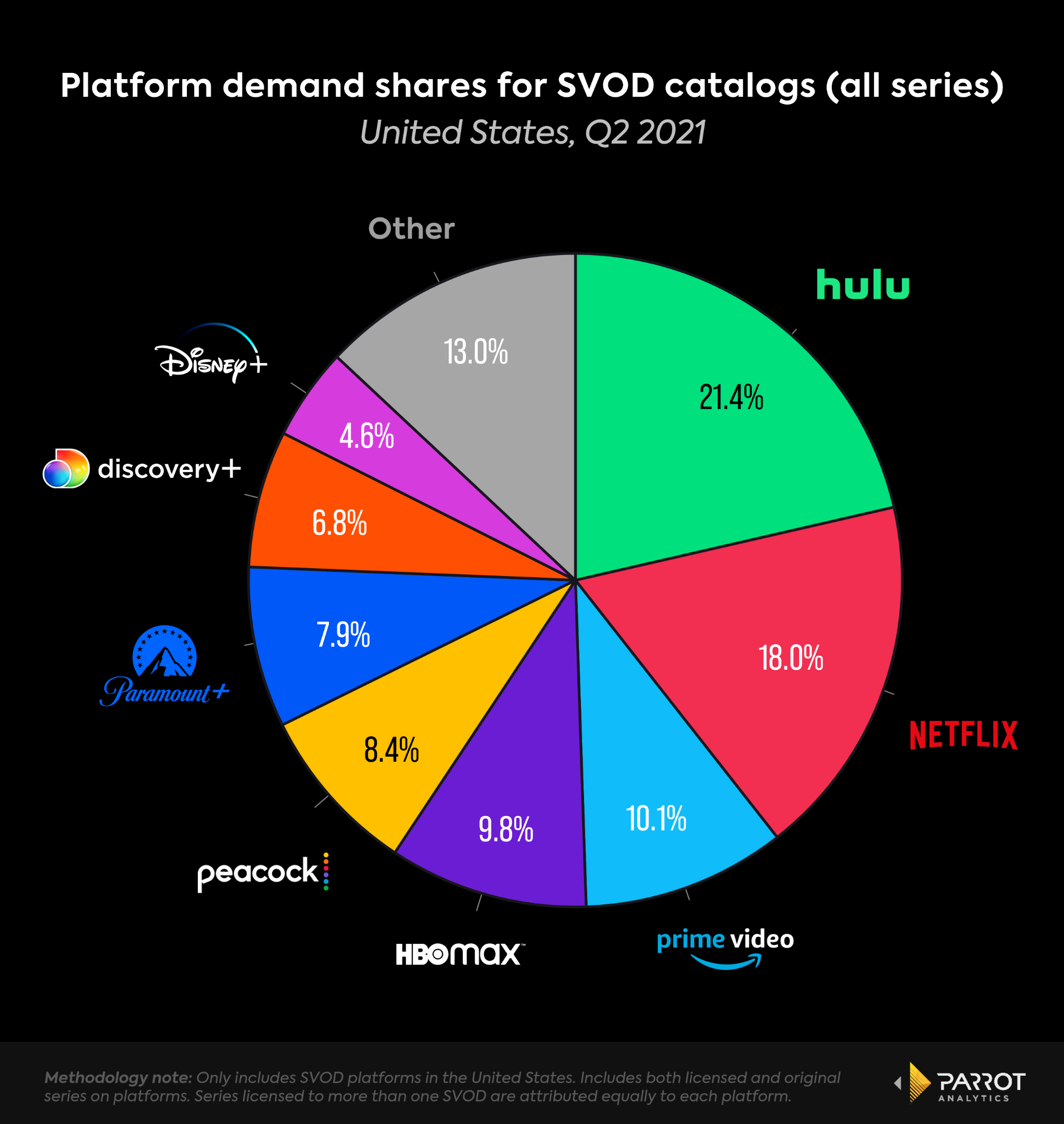 “ViacomCBS has decided to go for guaranteed revenue now by licensing out its most in-demand series — such as ‘Criminal Minds,’ ‘NCIS,’ ‘Shameless’ and ‘SpongeBob SquarePants’ — to other streaming platforms,” wrote Wade Payson-Denney, press insights analyst at Parrot Analytics.

ViacomCBS content makes up 7.4% of the licensed catalog demand for Hulu, 24.8% for Amazon Prime Video, and 25.6% for Netflix. 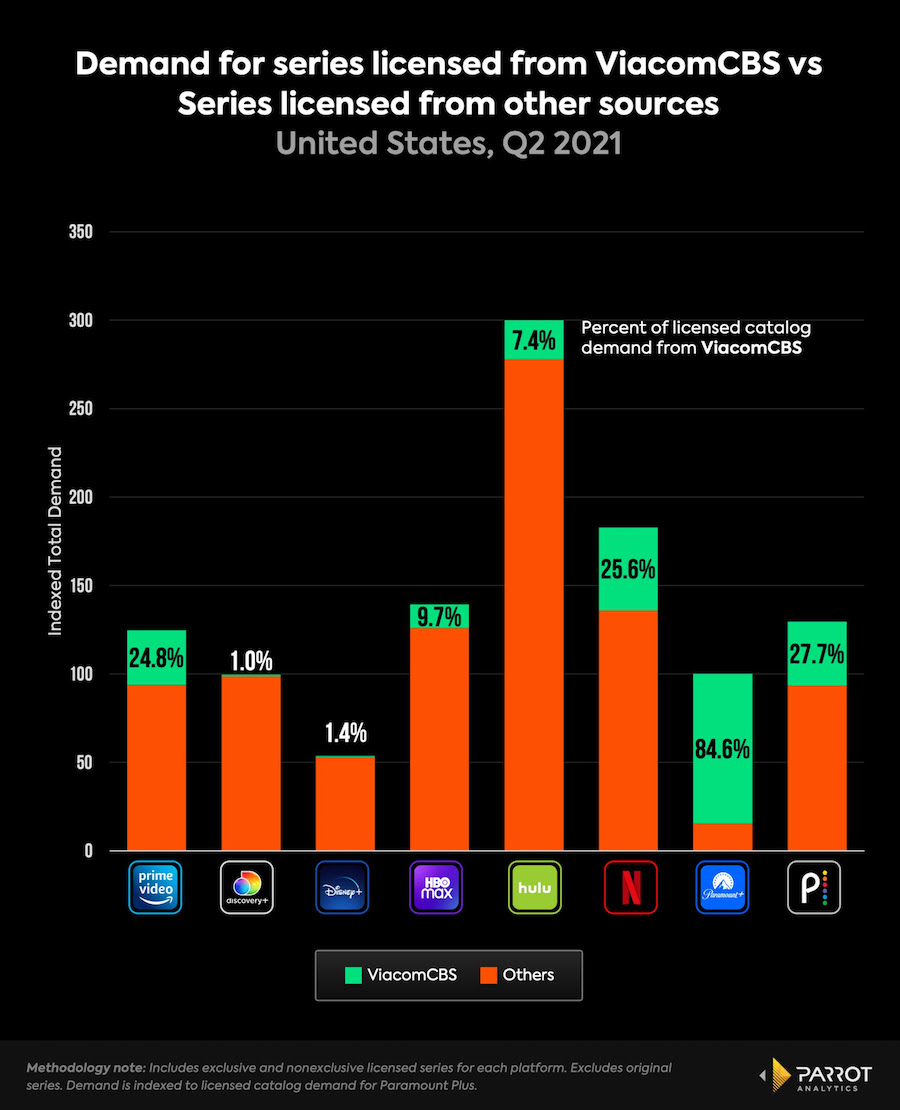 “Demand for exclusive content — both original and licensed — is the key driver of subscription growth and retention for streaming services, so if ViacomCBS wants to truly compete in the crowded SVOD space, they have to pull back their licensed content and make it exclusive to Paramount+,” Payson-Denney wrote.

In terms of corporate demand share (a consolidation of original demand where platforms are combined based on their corporate parent to show where audience attention is ultimately going), ViacomCBS (12.3%) was second place in the United States in Q2 2021, behind Disney (18.9%) but ahead of WarnerMedia (11%) and Comcast (10.3%).

ViacomCBS series are driving major portions of demand for other U.S. SVOD services. Around a quarter of all demand for licensed series on Netflix is for a ViacomCBS series such as “Avatar: The Last Airbender.” This is around the same proportion for Amazon Prime Video and Peacock. If all these series were reclaimed by ViacomCBS and made exclusively available on Paramount+, it would have a formidable library, according to Payson-Denney.

Nearly half of the demand for content on Paramount+ is non-exclusive to the platform, and the platform is significantly lagging in total demand for its original series, the report found. This is important because demand for exclusive licensed and original content is what drives consumers to subscribe to platforms, Payson-Denney wrote. 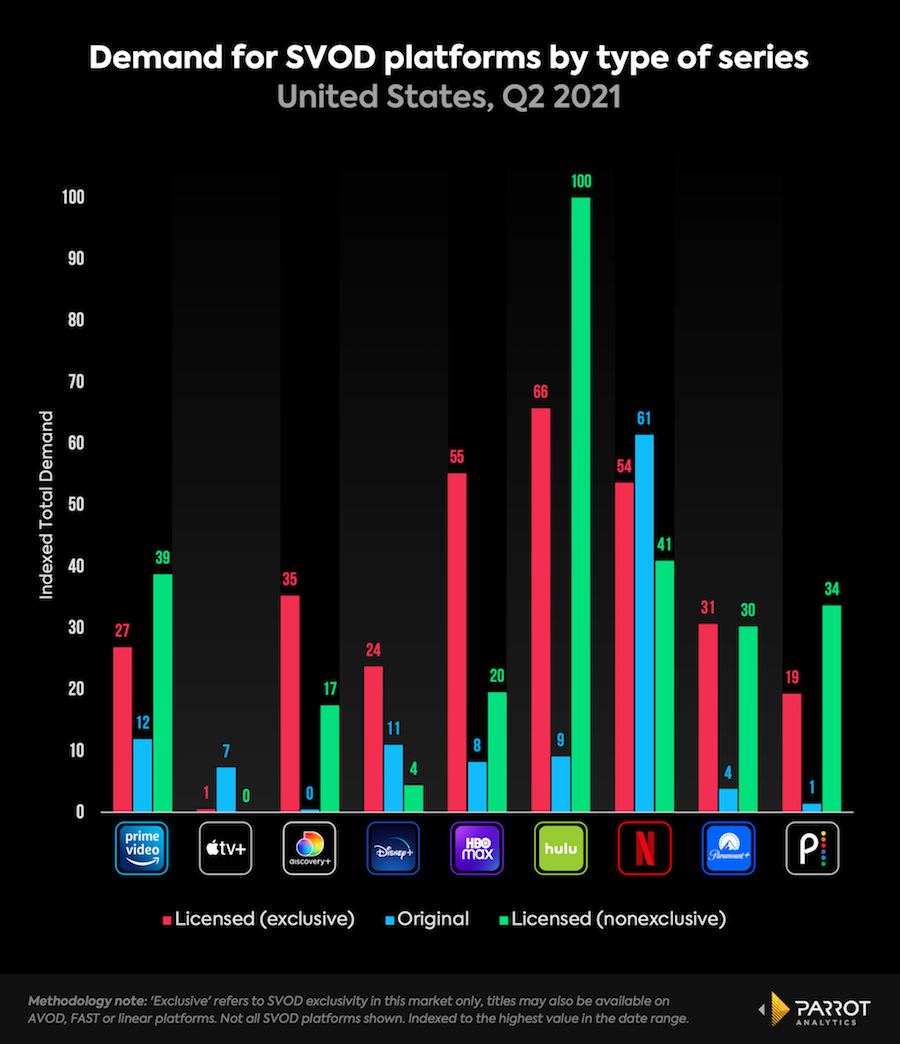 Parrot uses a proprietary metric called demand expressions, which measures demand for TV content in a given market through a wide variety of data sources, including video streaming, social media activity, photo sharing, blogging, commenting on fan and critic rating platforms, and downloading and streaming via peer-to-peer protocols and file sharing sites. Results are expressed as a comparison with the average demand for a TV show of any kind in the market.