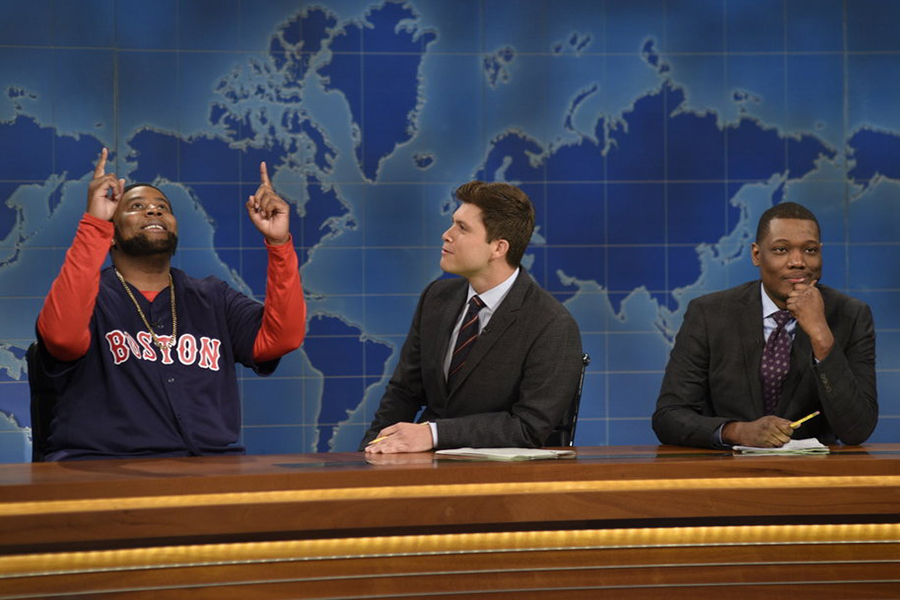 Looking at Peacock’s performance in the U.S. streaming market, Parrot Analytics found the streamer’s U.S. share of demand for on-platform content in the second quarter of 2021 (April through June) was 8.4%, putting it in fifth place overall, just above Paramount+ (7.9%) and slightly behind HBO Max (9.8%). Hulu led with 21.4%, followed by Netflix at 18%. 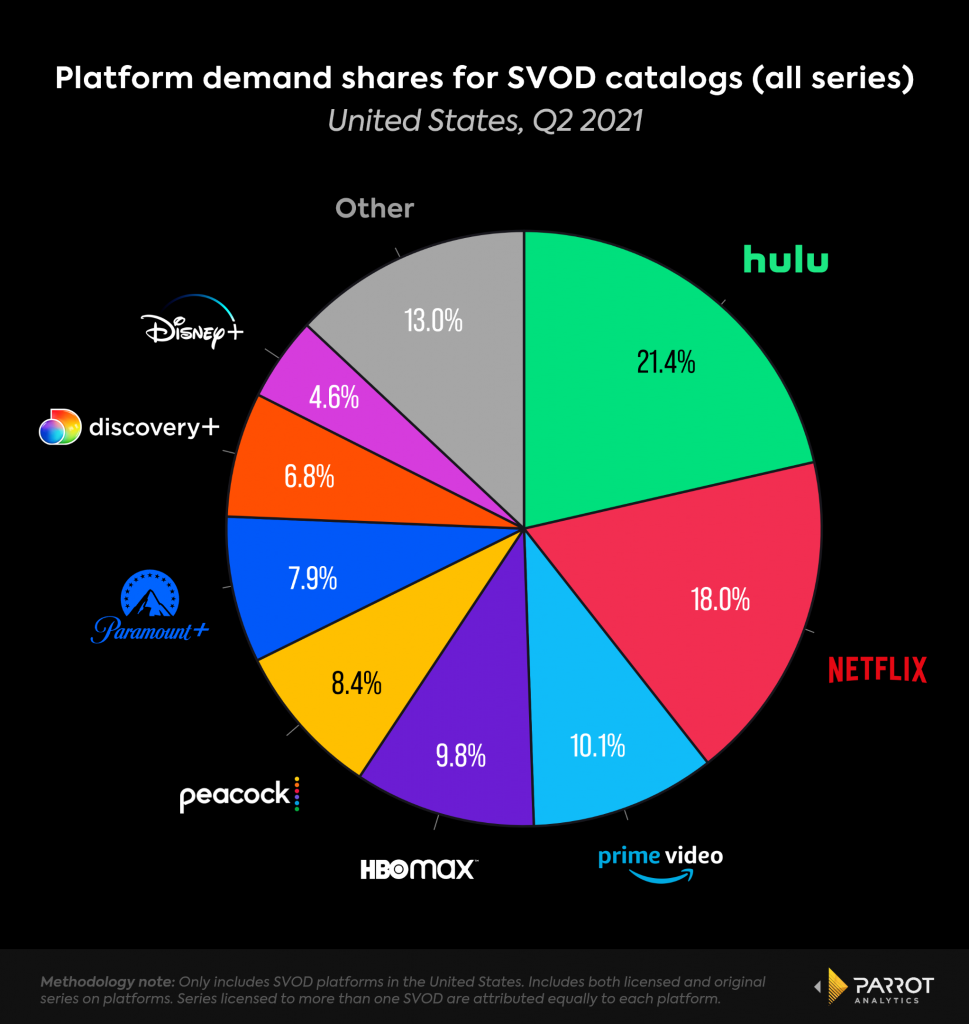 Peacock, with more than 20 million subscribers, appears to be successfully leveraging its large library of legacy content and shows still airing on linear TV. However, under the assumption that highly in-demand exclusive content, particularly platform originals, are generally what drive new subscribers to sign up for a service, Parrot found that Peacock has yet to take off, accounting for just 1.4% of the U.S. digital original demand share in Q2 2021.

Parrot’s report suggested relying on a large library of non-exclusive content could be a risky strategy, but Comcast streaming exclusive coverage of the Tokyo Olympics on Peacock could entice many viewers who decide to keep the service for its in-demand library of catalog movies and TV shows, as well as linear content, mostly old and current NBC shows.

Among the most in-demand shows on Peacock in the past quarter were “Saturday Night Live,” which drew 56 times the demand of an average TV series, according to Parrot’s proprietary demand expressions metric that calculates online viewer interest in a show. The second most in-demand show available on Peacock this quarter was “The Voice” with about 30 times average demand. 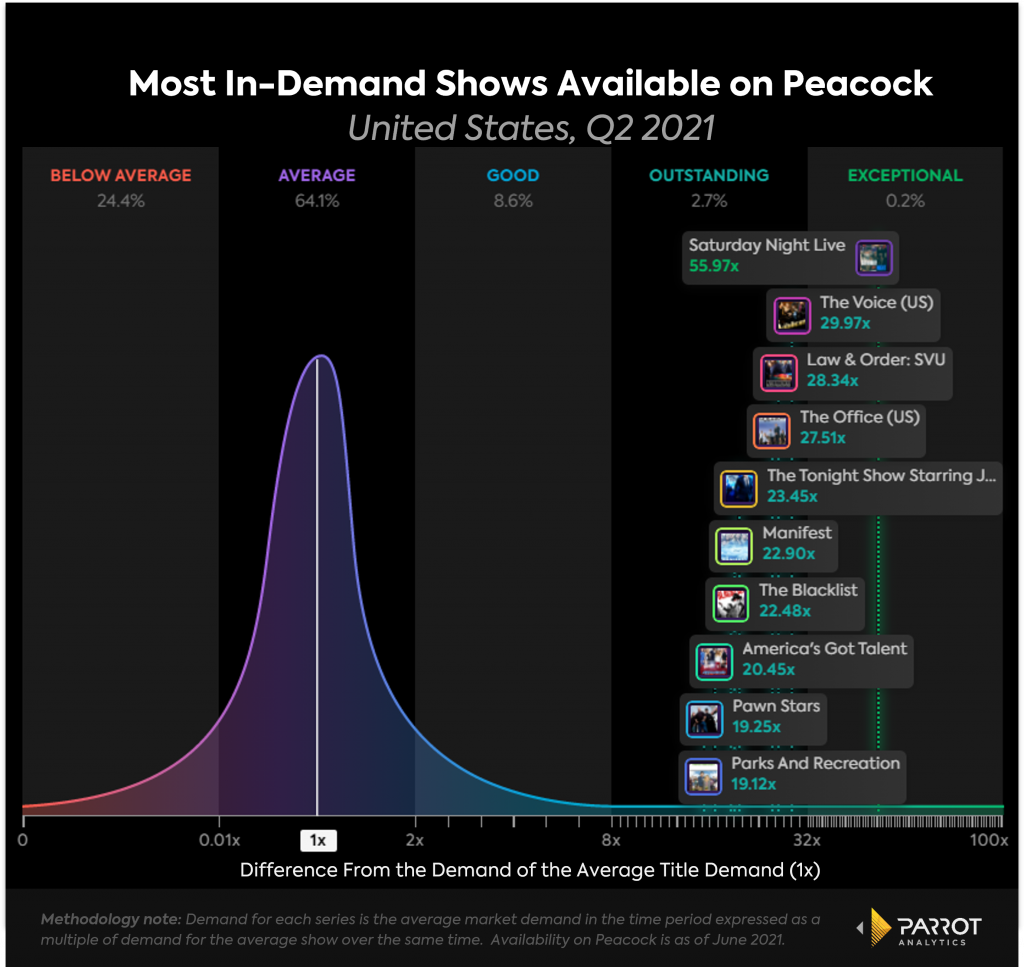 The most in-demand digital original from Peacock in Q2 2021 was “Curious George,” averaging 9.9 times the average series demand. Other originals such as “Girls5eva” and “Rutherford Falls” both reached post-release demand peaks higher than any other Peacock original so far this year when they become available earlier in Q2. 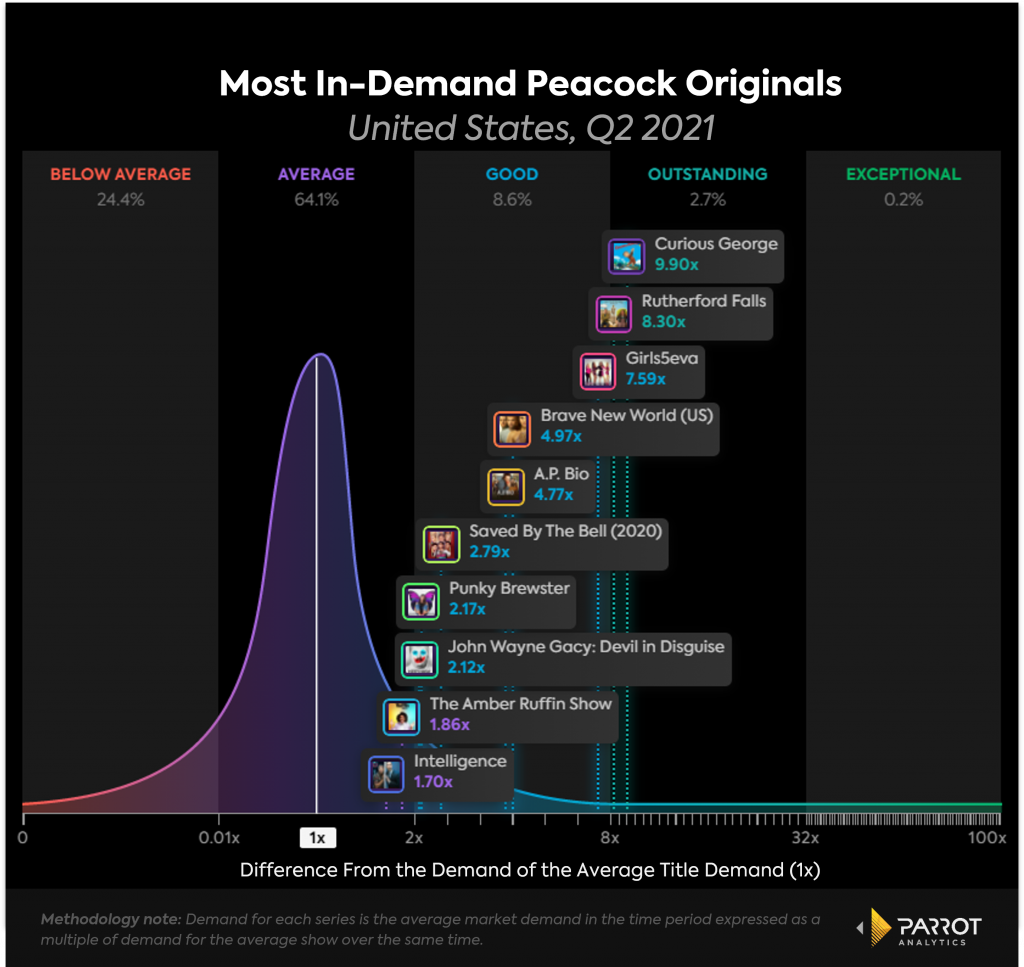 However, comparing Peacock’s original content to the top original series from other streamers, Parrot determined the platform has yet to create a tentpole original that captures as much audience attention as its competitors’ top series. “Curious George” and “Rutherford Falls” had less demand this quarter than even the top original from Shudder, a niche streamer specializing in horror that scored with “Creepshow” at 10.5 times average demand. 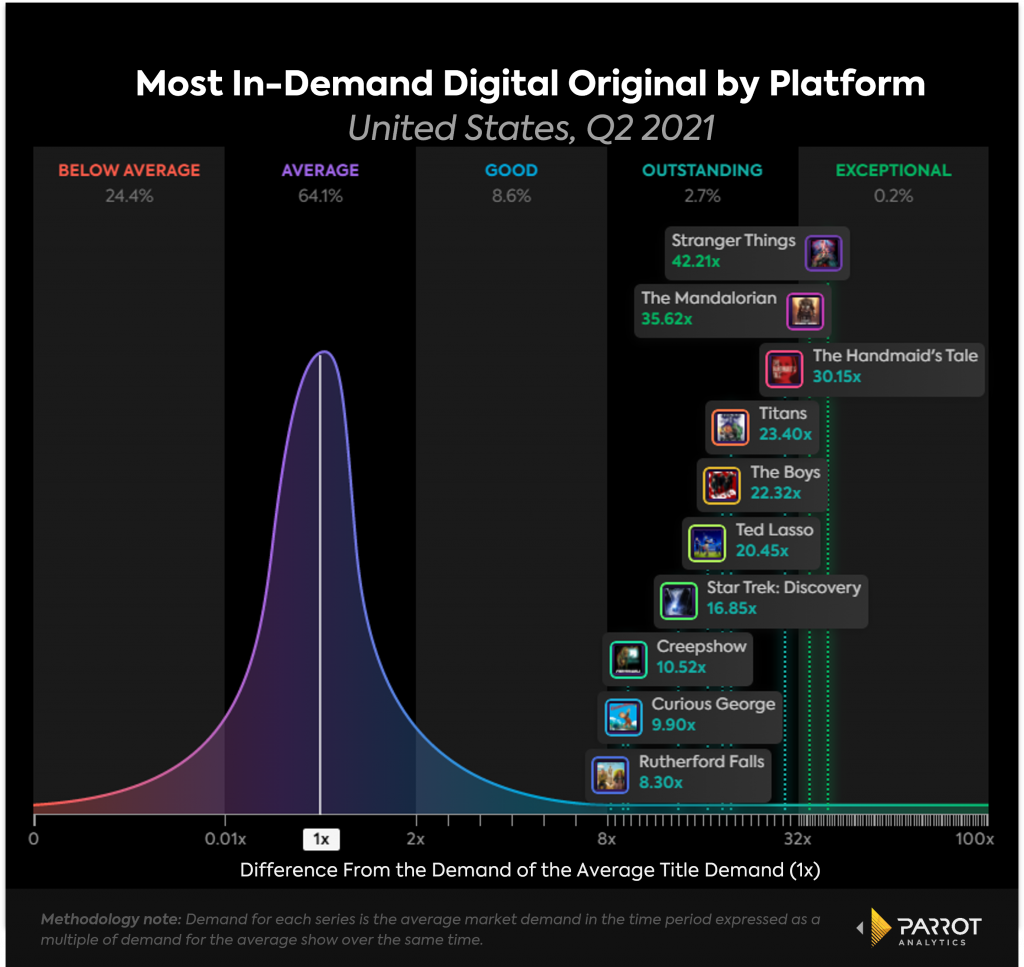