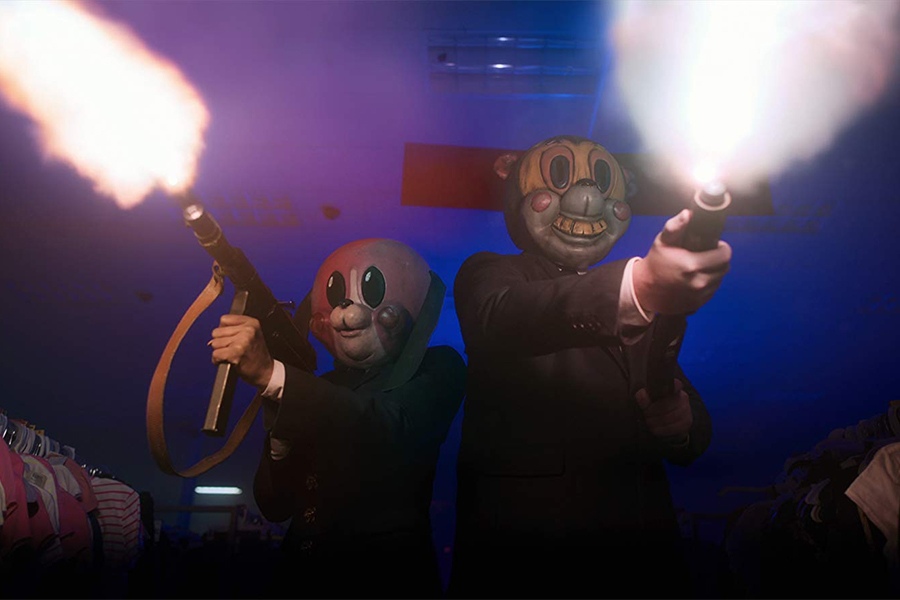 Demand for Netflix’s “The Umbrella Academy” has grown since its Feb. 15 premiere according to Parrot Analytics’ digital originals Demand Expressions chart for the week ended March 2.

“Umbrella Academy” held onto the No. 1 spot for a second-consecutive week with 47.1 million average daily Demand Expressions, the proprietary metric used by Parrot Analytics to measure global demand for TV content. That was up from 41.7 million a week earlier, a 13% gain.

The show is adapted from the Dark Horse comic book about a band of sibling superheroes.

DC Universe’s “Doom Patrol,” which launched on the same day as “Umbrella Academy,” held onto the No. 2 spot with 29.5 million expressions, up 4% from the prior week.

Netflix’s “Stranger Things” slipped to No. 4 with 26.8 million expressions, down 5%.

“Star Trek: Discovery,” from CBS All Access, rose two spots to No. 5 with 25.3 million expressions, up 6.4%. The show was renewed for a third season during the week.

Elsewhere on the chart, Netflix’s “Orange Is the New Black” rose to No. 7, from No. 12 the previous week, with a 9.8% jump in expressions to 22 million as news of the final season wrapping production made the rounds on social media. 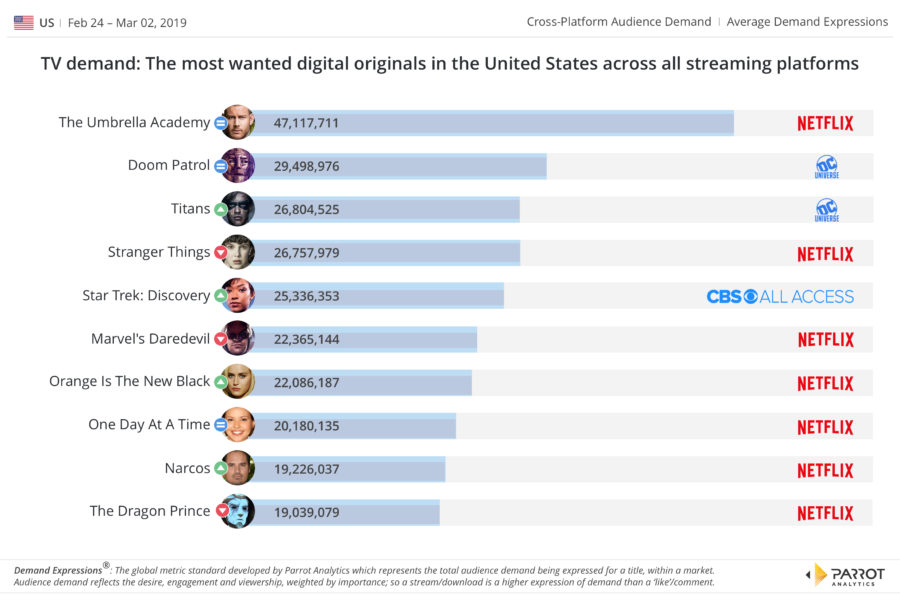