Disney+ is the second-most in-demand platform for original series with U.S. audiences. and The Walt Disney Company is in first place in corporate demand share, according to data from Parrot Analytics.

Disney+ became the second-most in-demand streaming service for original content with American audiences for the first time ever last quarter with an 8.9% share, leaping over longtime second place holder Amazon Prime Video with 8.6%, according to Parrot. 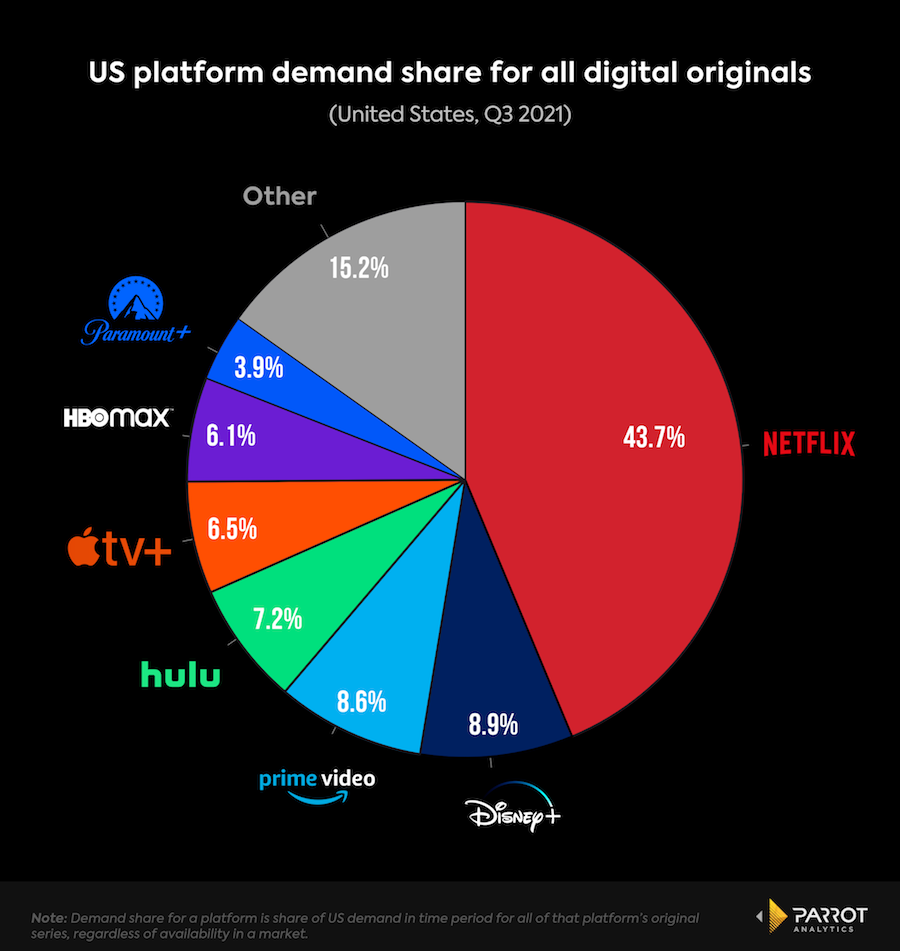 Disney remains far and away the top media conglomerate in the United States when it comes to corporate demand share — a consolidation of original demand where platforms are combined based on their corporate parent, according to Parrot. Disney’s 20.1% share last quarter was well ahead of second place ViacomCBS (13.1%). Disney’s share is larger than the combined share of WarnerMedia and Discovery (12.1% + 7.1% = 19.2%), which are in the process of merging. Collectively, the six largest media corporations control almost three quarters of U.S. demand for TV series, while 27.4% of audience attention goes to originals from other platforms. 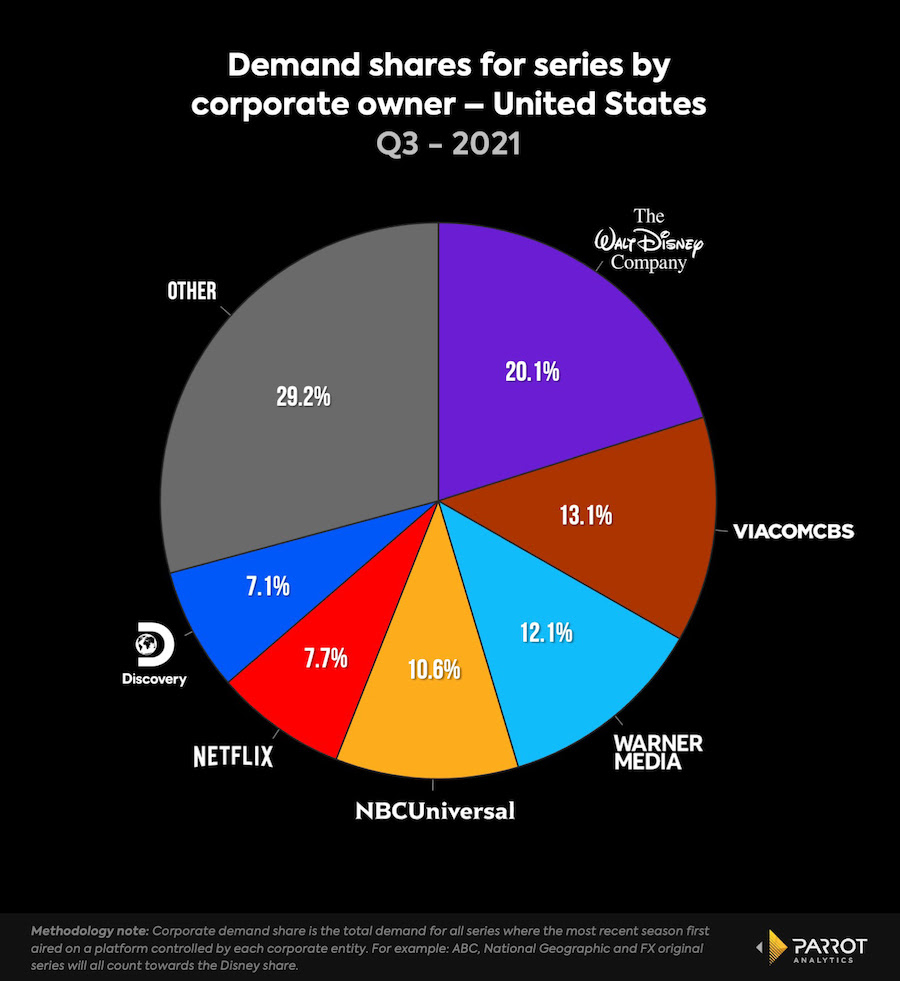