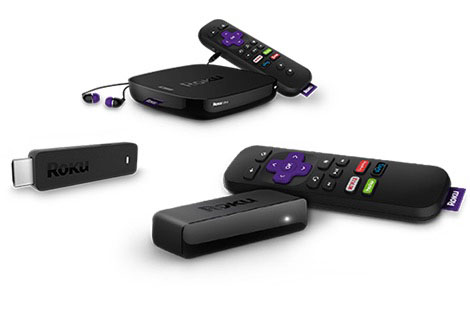 Streaming media players such as Roku, Amazon Fire TV, Apple TV and Google Chromecast are the most frequently used Internet-connected entertainment devices, with 41% of owners using their devices daily or almost daily, according to new data from Parks Associates.

The firm’s study shows that among consumers who say their streaming media player is their preferred device for accessing online content, they report spending 10.4 hours per week watching online video content on this device – compared to 9.8 hours among smart TV owners.

“The smart TV is the most commonly used Internet-connected entertainment device, and it is the device most commonly associated with pay-TV services, but when looking specifically at device owners, consumers are spending more time online with their streaming media players,” research analyst Kristen Hanich said in a statement.

“Sixty percent of households that have at least one Internet-connected entertainment device own multiple devices – their viewing habits often vary by device as well as by room, with some devices and rooms over-indexing in terms of content type watched,” said Hanich.

Parks will discuss the online video and OTT markets at the upcoming conference Future of Video: OTT, Pay TV, and Digital Media Dec. 10-12 at the Marina del Rey Marriott in Los Angeles. 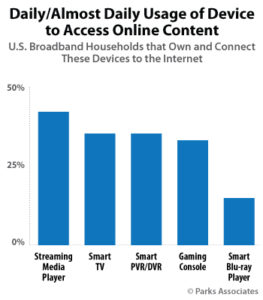