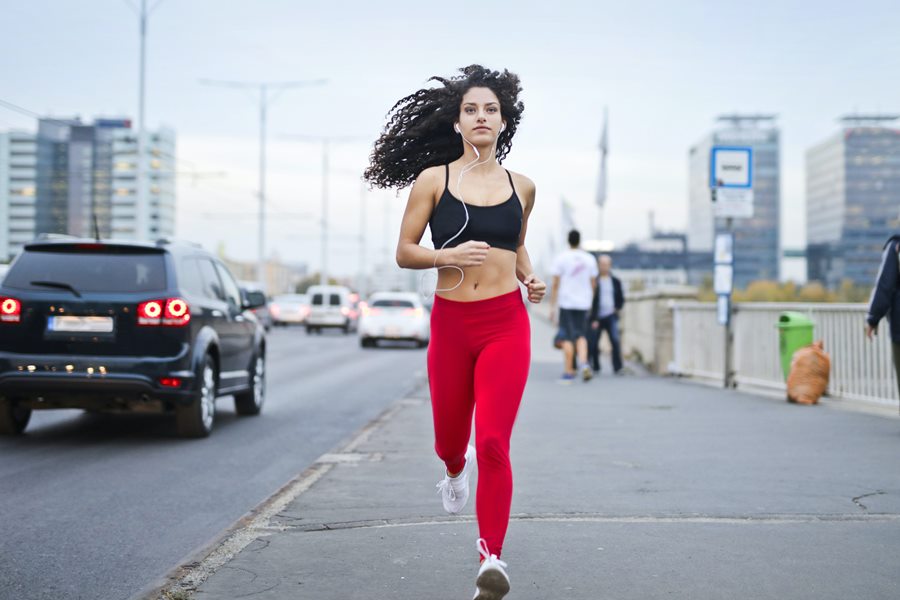 With more states advising shelter-in-place guidelines during the coronavirus pandemic, new data from Parks Associates finds that 44% of U.S. broadband households own speakers, 37% own headphones bought separately from a phone or music player, and 33% own a separate set of earbuds.

While purchase intentions were flat prior to the COVID-19 outbreak, due in large part to the emergence of smart speakers, demand for headphones and earbuds is projected to see a spike with work-at-home and entertainment-in-place now the standard for many households.

“Everyone in the household now needs their own headphones and earbuds for privacy during this time of shelter-in-place orders and work-at-home mandates,” research director Steve Nason said in a statement.

Nason contends people buying head/earphones are doing so expecting to integrate these standalone products with their smart speakers and other connected devices in the home. This trend was already underway with the gradual dissolution of the “home theater system” concept, according to Nason, with households now featuring a collection of varied audio products.

“Brands and devices that must work together to deliver a seamless user experience,” he said. 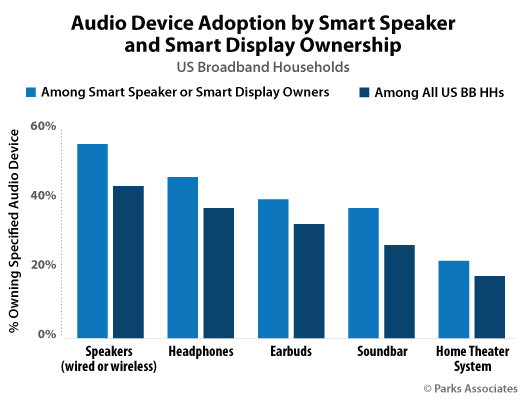 Soundbars are now a prominent standalone product category in the audio device landscape, with adoption at nearly 25% of domestic broadband households, according to Dallas-based Parks. It is the most likely audio device to be connected to the TV, so soundbars have not been as impacted by smart speakers and displays as other audio products. However, growth has remained flat. Adoption of more niche audio devices such as internet-connected audio visual receivers and multiroom music systems has remained low.

“Prior to the COVID-19 outbreak, the traditional audio device category was at a crossroads,” Nason said. “Adoption and usage of devices such as wired/wireless speakers without voice assistants, audio/visual receivers, home theater systems, and multiroom music systems had waned.”

He said that while consumers are now buying electronics to accommodate work-at-home and home schooling needs, manufacturers need to maintain their emphasis on innovation, particularly the integration with voice assistants, so that their devices can have value beyond the initial stop-gap usage.

“Increased integration of audio devices and use of high-resolution and 3D audio with the most-used CE video device, smart TVs, will also raise the profile of the audio category,” Nason said.