Streaming video is apparently a group activity, according to new data from Parks Associates. The Dallas-based firm’s research reveals that streaming opens the door to more immersive, engaging experiences for consumers, such as co-viewing services to share with fellow viewers.

During the pandemic many streaming services bowed so-called virtual “watch parties” that enables users to watch select content with their friends remotely. Parks contends streaming your favorite movie with others in the same room is just as popular.

“More consumers watch streaming content while at home and watch it with others more often,” Eric Sorensen, senior contributing analyst, said in a statement. “Co-viewing is most popular in households with children, according to our most recent data. Interactive elements, such as watching statistics or fantasy games on another device, are a typical occurrence among sports enthusiasts.”

Regardless, more than 50% of Parks’ survey respondents said they were not likely to co-stream content with another person, and another 15% were neutral to the idea. 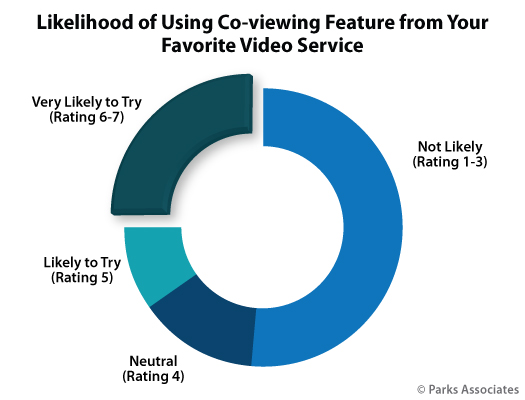