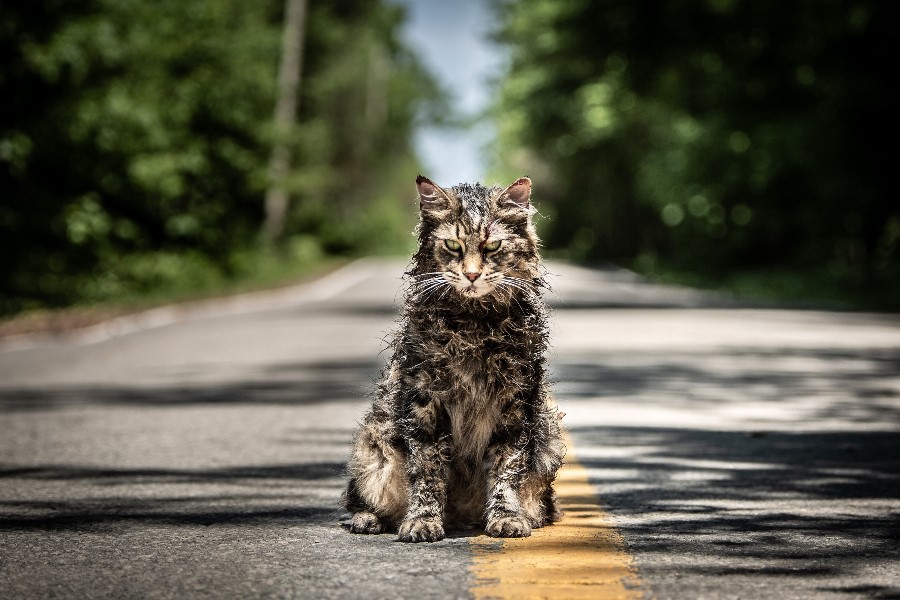 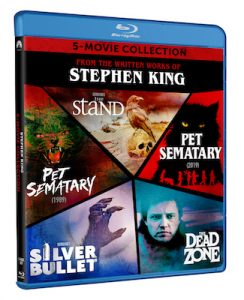 Pet Sematary (1989) is written for the screen by King based on his bestseller. Directed by Mary Lambert, the film follows a grief-stricken father who sets off a perilous chain of events that unleashes unfathomable evil. The Blu-ray includes commentary by Lambert, a guided tour of the locations led by King, an introduction to the cast and characters, a behind-the-scenes look at the making of the film, an interview with Lambert about her memories making the film 30 years later, interviews with cast and crew of the 2019 movie discussing the original film’s impact, and photo galleries.

Pet Sematary (2019) includes more than 90 minutes of special features, including deleted and extended scenes, an alternate ending, a look at the main characters, behind-the-scenes footage, and cast interviews.

Stephen King’s The Stand, adapted by King from his novel and directed by Mick Garris, chronicles an epic story of good and evil that unfolds as the few remaining people on Earth fight to survive after a deadly plague kills most of the world’s population. It stars Gary Sinise, Molly Ringwald, Jamey Sheridan, Laura San Giacomo and Rob Lowe. The Blu-ray includes commentary by King and members of the cast and crew, along with a making-of featurette.

Stephen King’s Silver Bullet features a screenplay from King based on his novella Cycle of the Werewolf. When a series of brutal killings plague a small town, a paraplegic boy becomes convinced they are the work of a werewolf. Celebrating its 35th anniversary this year, the film stars Gary Busey, Everett McGill and Corey Haim.