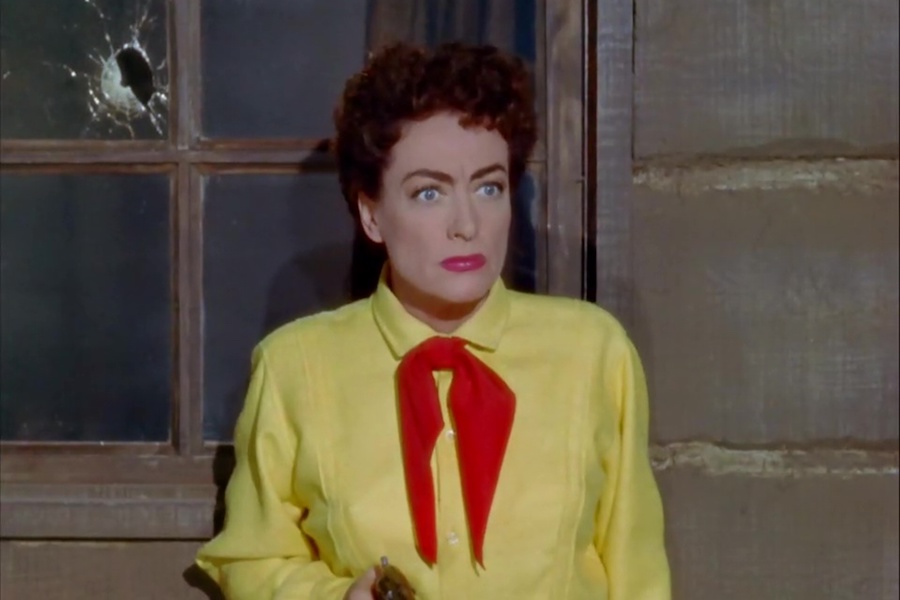 Paramount will release 24 rarely seen films from the Republic library, personally curated by Martin Scorsese and restored and remastered by the studio, on the Apple TV app for rent or purchase.

The films, part of the series “Martin Scorsese Presents: Republic Rediscovered,” were recently presented as part of a special screening series at New York’s Museum of Modern Art.

“From the ’30s through the ’50s, the different studio logos at the head of every picture carried their own associations and expectations, and for me, the name Republic over the eagle on the mountain peak meant something special,” said Scorsese in a statement. “There are so many titles that have been overlooked or forgotten; waiting for decades to be seen again. I can promise you that you have some discoveries in store.”

While Republic Pictures was considered a ‘B’ movie studio, it gave great directors, actors and other talent the freedom to make movies they wanted to make, as long as they came in on budget. 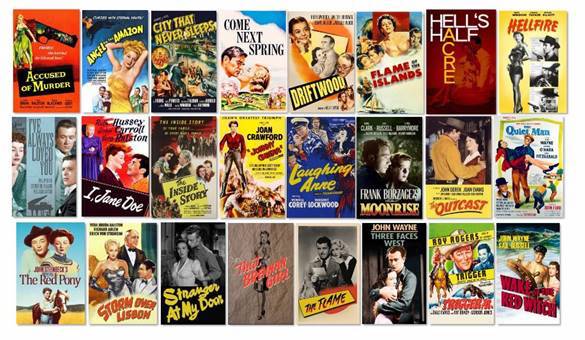 “Thanks to the efforts of Martin Scorsese and The Film Foundation, audiences will see that Paramount’s work to restore these films has been done with careful attention to every detail,” said Paramount chairman and CEO Jim Gianopulos. “We are thrilled that these movies can be experienced once again in the way their filmmakers intended.”

The 24 films now available on the Apple TV app are:

When a gangland lawyer is murdered, there are two suspects: a beautiful nightclub singer and a hood named Stan, who has been hired by an underworld boss to assassinate him. House director Joseph Kane adapts the Republic crime film formula to the era of color and widescreen, employing Republic’s anamorphic “Naturama” process to intensify this thriller.

A mysterious woman (Vera Ralston) leads an explorer (George Brent) and his party to safety after a crash-landing in the Amazon rainforest, in an extravagant John H. Auer drama with unexpected fantasy elements.

In one night, a decorated Chicago police officer is gripped by an ethical crisis when he considers leaving his wife and job, and accepting a bribe from a corrupt attorney.  Documentary-like naturalism quickly gives way to nightmarish stylization under the direction of John H. Auer.

After a 12-year absence, a recovering alcoholic returns to the family he left behind and vows to win their hearts again. Tired of playing psychotic gangsters for Warner Bros., actor Steve Cochran started his own independent production company with the hope of tackling ambitious fare like this rural drama of redemption.  The film eventually landed at Republic, masterfully directed by R.G. Springsteen.

A young Natalie Wood stars as an orphan who helps a doctor (Dean Jagger) fight an epidemic in a small western town, in one of Allan Dwan’s closely observed studies in Americana.

A man who is constantly jealous of his half-brother tries to con him by concocting a gold digging scheme with his girlfriend, only to have her actually fall in love with their mark.

New York working girl Yvonne De Carlo uses money from an unexpected bequest to purchase an interest in a Nassau nightclub, where she installs herself as the host. Her vigorous interpretation of “Bahama Mama” and other Nelson Riddle-arranged hits earns her a wide-ranging collection of admirers, including a publicist, a gambler, and a philosophical angler.

A reformed gambler turned preacher, partners with a pretty female fugitive outlaw, runs into an old pal who is also a marshal and they both fall for the same bad gal. Republic staff cinematographer Jack A. Marta uses the studio’s unique two-color Trucolor process to create a stylized world of shifting orange and blue.

The notorious Hell’s Half-Acre quarter of Honolulu, Hawaii serves as a background to a complex tale of transgression and redemption. Wendell Corey is a reformed racketeer whose past catches up with him when his lover shoots and kills one of his former partners in crime.

During World War II, an American pilot marries his French girlfriend but then leaves without her. What she does not know is that he is already married in the United States, so she sets out on a mission to find him with disastrous results.

A heartwarming lesson in economics from director Allan Dwan in which a stack of cash miraculously finds its way to a small town struggling during the Depression.  The incident affects the lives of everyone who finds it, with various results.

An orchestral conductor engages in a merciless professional rivalry with a piano student who adores him. Republic made a rare foray into high-budget filmmaking with this 1946 prestige production containing color by Technicolor, piano solos by Arthur Rubinstein, and direction by A-lister Frank Borzage.

From acclaimed director Nicholas Ray, a gambling house operator seeks control of a town as an archrival sets out to force her out of town. The timely arrival of Johnny Guitar thwarts the dark plans, but does not prevent a showdown between the women. The Library of Congress selected this cult classic for preservation in the National Film Registry.

Laughing Anne is a Parisian club singer torn between two sailors on the tumultuous South Seas. Based on Joseph Conrad’s novel “Between the Tides” and produced and directed by Herbert Wilcox.

The locals shun the son of a murderer; only one person defends him, but she happens to be the girlfriend of his chief tormentor. After a confrontation, he kills his bully in self-defense but then becomes tormented by the fact that he may be following in his father’s footsteps.

Cheated out of his inheritance by his uncle, a man is outcast from his community and vows to take revenge, in this 1880’s actioner directed by William Witney.

The Oscar®-winning John Ford classic features John Wayne as a retired boxer who makes a pilgrimage to his home village in Ireland. He meets his match in a spirited young woman, only to find himself confronted by her belligerent brother and the town’s strict customs.  In 2002, the film made AFI’s list of one hundred greatest love stories.

John Steinbeck adapted his own novella for this 1949 feature, Republic’s most expensive film up to that time. Robert Mitchum is the ranch hand who helps his employer’s son cope with the death of the pony he raised.  The original score is by Aaron Copland, which he also arranged and published as an orchestral suite.

The owner of a Portugal nightclub works as a freelance spy. He tries to seduce information out of a US agent with the help of his nightclub dancer, but when she falls for the agent, both of their lives are endangered.

An escaping bank robber finds refuge with a preacher and his wife. The preacher believes he can be reformed but soon finds the robber more trouble than he’s worth.

A selfish San Franciscan with a rough childhood loses a husband in the war and becomes a single mother, forcing her to grow up fast. Unaccountably overlooked, this resonant, formally inventive film was the final work of director Alfred Santell as well as the last leading role of Oscar-winner James Dunn.

A Viennese physician and his daughter, refugees from Hitler, become part of a group of North Dakota townspeople planning to relocate from the dust bowl to greener Oregon.

A prime example of Republic’s Saturday-matinee musical Westerns, Roy Rogers and Trigger are joined by Trigger’s dashing offspring as they try to save a traveling circus from bankruptcy.

A ship captain experiences rough weather, sunken treasure, and a giant octopus on the South Pacific seas. This film was one of Republic’s most expensive productions—and, in the end, one of its most successful.