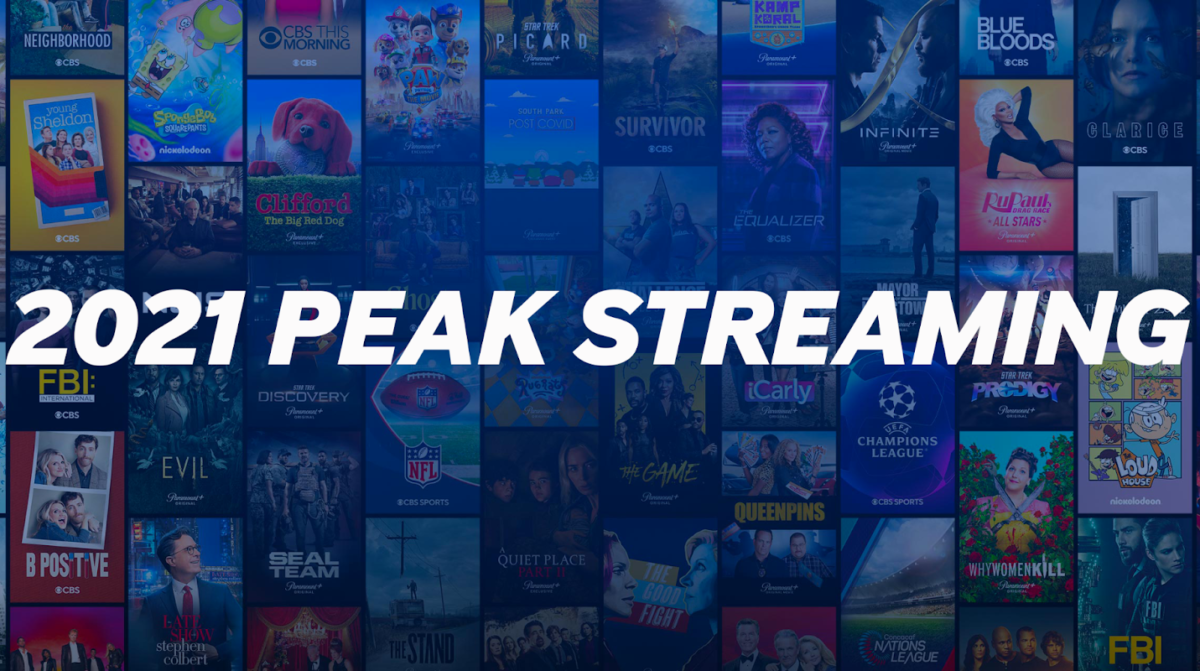 Nine months after launch and rebranding, subscription streaming service Paramount+ is wrapping up 2021 with a look at what trended on the platform.

Parent ViacomCBS said it ended the most-recent fiscal period (Sept. 30) with 47 million streaming subs across Paramount+, Showtime OTT and Noggin, among other over-the-top video services. The Paramount Pictures namesake is projected to be profitable in a “couple years,” CEO Bob Bakish said on a recent investor call.

The top SVOD sub driver was live sports, such as “The NFL on CBS,” in addition to soccer properties UEFA and Concacaf.

“Kids and family” was the most-watched content genre, with “reality” and “crime” coming in a close second and third, respectively.

Sequel thriller A Quiet Place Part II, the horror sequel starring Emily Blunt, was the most-watched, female-led series or movie. “SpongeBob SquarePants,” an international franchise with a deep catalog, was the most-binged series.

Paw Patrol: The Movie, the family film that streamed the same day it hit theaters, was the most-rewatched movie. Adele One Night Only, a special featuring a highly awaited performance by U.K. singer Adele and a candid interview in Oprah Winfrey’s rose garden, was the most-watched special.

South Park: Post COVID, the first of 14 specials coming to the service exclusively from creators Trey Parker and Matt Stone, was one of the most-watched comedies together with returning original, “Why Women Kill.”

“Rupaul’s Drag Race All Stars,” the reality competition series, was the most-streamed social reality series. iCarly’s “iStart Over,” the first episode in the reimagined series starring Miranda Cosgrove, was the most-downloaded episode to watch on-the-go.

To jumpstart consumer interest in the streamer, new consumers can try the platform for 30 days free by using the promo code “PEAKSALE.” The limited-time holiday promotion ends Dec. 31, 2021.