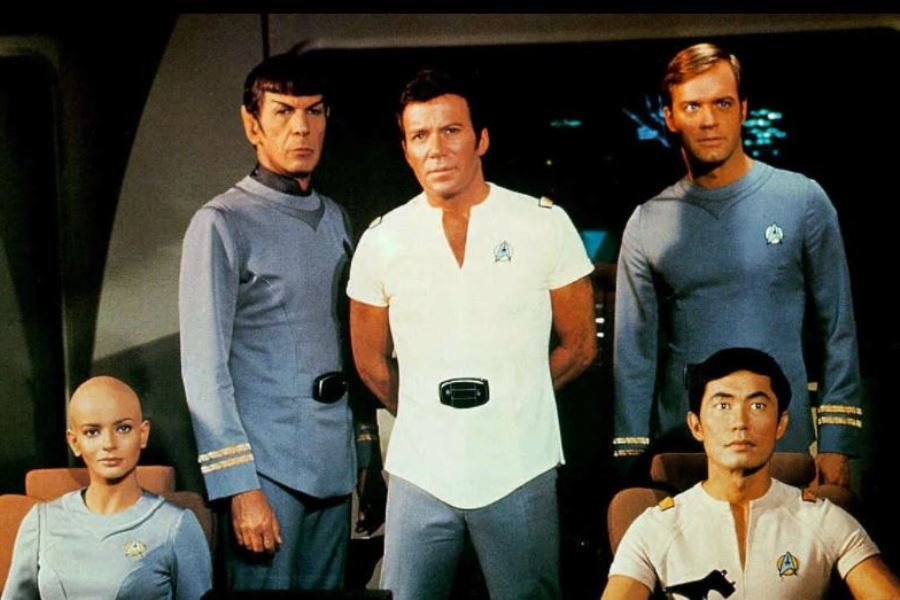 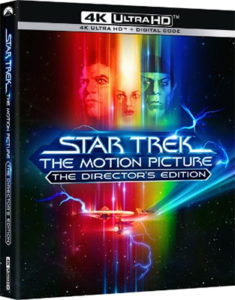 Star Trek: The Motion Picture became the fourth-highest-grossing movie of the year with $82.3 million domestically, and earned three Academy Award nominations, for Best Visual Effects, Best Art Direction, and Best Music, Original Score.  The film brought the “Star Trek” franchise from television to the big screen, but due to a string of production problems and an ironclad release date it was rushed to theaters with incomplete visual effects and forced editing choices, clocking in at 131 minutes. Many critics felt the film’s pace was slow and ponderous. A 1983 television edit for ABC added 12 minutes of deleted scenes back into the film.

In 2001, director Robert Wise revisited the film to refine the edit and enhance the visual effects with CGI. His updated vision, coming in at 136 minutes, was released on DVD in standard-definition, but has never been available in high-definition until now, as the new visual effects had to be re-rendered in 4K. Restored by producer David C. Fein with preservationist Mike Matessino, both of whom originally collaborated with Wise (who died in 2005), the film was prepared for presentation in 4K Ultra HD with Dolby Vision high dynamic range (HDR) and an immersive Dolby Atmos soundtrack. Fein and Matessino assembled a team of special effects experts, led by returning visual effects supervisor Daren Dochterman, and utilized the resources in the Paramount Archives to re-create the effects not just in HD, but in Ultra HD.

The remastered director’s cut was released on the Paramount+ streaming service in April and in select theaters in May.

The Sept. 6 4K Ultra HD Blu-ray includes the film on a 4K disc presented in 4K Ultra HD with Dolby Vision and HDR-10, as well as Dolby Atmos, a bonus Blu-ray with new and legacy special features, and a code for a digital copy of the film.

Extras on the 4K disc include a new audio commentary with Fein, Matessino and Dochterman; an archival commentary with Wise, Douglas Trumbull, John Dykstra, Jerry Goldsmith and Stephen Collins​; and a text commentary by Michael and Denise Okuda​.

Extras on the bonus Blu-ray include the new eight-part documentary “The Human Adventure, detailing how the director’s edition came to life:

The 1979 movie will also be released in a limited-edition collector’s set called Star Trek: The Motion Picture — The Director’s Edition: The Complete Adventure, which includes the new director’s edition, the theatrical cut, and the TV broadcast “Special Longer Version” all on 4K Ultra HD along with special features on Blu-ray. The TV cut is offered in widescreen for the first time. The Complete Adventure will be presented in deluxe packaging along with exclusive collectibles, including reproductions of original promotional material, a booklet with behind-the-scenes images, stickers and more.

“The Director’s Edition on 4k Ultra HD delivers an experience that is far more intimate, engaging, and powerful thanks to the hard work of everyone involved,” Fein said in a statement. “In building The Complete Adventure, we appreciated that many people who were first introduced to the film through the full-frame release of the ‘special longer version’ have missed it. I’m excited that it will now be available for the first time in widescreen 4K Ultra HD. After so many years, it’s deeply rewarding to finally deliver Robert Wise’s definitive director’s edition for fans to enjoy at home.” 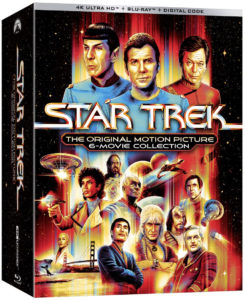 The 4K presentations all offer Dolby Vision and HDR-10, and the set includes bonus materials and digital copies for each film. In addition, Star Trek II and Star Trek VI will also include the director’s cuts of those films.

This also marks the 4K disc debuts of Star Trek V and VI. The theatrical cuts of the first four movies were released as a 4K boxed set in September 2021. Paramount Sept. 6 will also release all six films individually on 4K Ultra HD Blu-ray. All six films, including the director’s cut of Star Trek: The Motion Picture, will also be released on regular Blu-ray.

The new 4K Ultra HD Blu-ray releases are timed to coincide with the 56th anniversary of the airing of the first episode of “Star Trek” on Sept. 6, 1966 on Canada’s CTV network. The show debuted in the United States two days later, Sept. 8, on NBC.

In addition, in celebration of its 40th anniversary, Star Trek II: The Wrath of Khan will return to select theaters on Sept. 4, 5 and 8 in special engagements presented by Fathom Events, Turner Classic Movies and Paramount Pictures. Tickets can be purchased at www.fathomevents.com or at participating theater box offices.