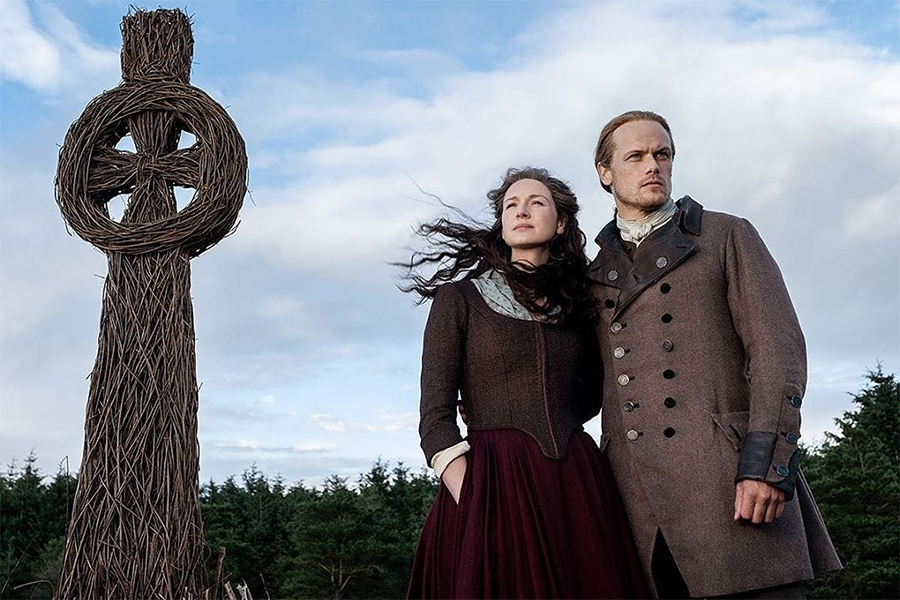 The fifth season of the fantasy TV series “Outlander,” distributed by Sony Pictures, was the top title on the weekly “Watched at Home” chart for the week ended Sept. 19.

The Blu-ray and DVD edition of the season arrived in stores Sept. 15.

Also new to the list at No. 7 is the anime movie Weathering With You, released on Blu-ray and DVD Sept. 15 by Shout! Factory.

No. 12 saw the debut of Lionsgate’s The Secret: Dare to Dream, which became available for digital sellthrough Sept. 15. Based on the 2006 self-help book The Secret by Rhonda Byrne, the movie stars Katie Holmes as a widowed mother of three who meets a handyman (Josh Lucas) who inspires her with the power of positive thinking.

The other new release on the list, at No. 15, is Magnolia Pictures’ Alone, a thriller about a recently widowed woman who flees the city only to be kidnapped by a strange man and held captive in his cabin.

The three seasons of Paramount’s drama series “Yellowstone,” which the previous week took the top three spots, dropped to second, third and fourth on the “Watched at Home” chart, which tracks transactional video activity (both digital and on DVD and Blu-ray Disc) compiled from studio and retailer data through DEG: The Digital Entertainment Group. Season three was No. 2, followed by season two then season one.

The Sept. 18 death of Supreme Court Justice Ruth Bader Ginsburg inspired viewers to revisit two 2018 films about her: the documentary RBG, from Magnolia, at No. 10, and the biopic On the Basis of Sex, from Universal, at No. 16. In the latter, Felicity Jones plays a younger Ginsberg making a name for herself as a civil rights attorney.