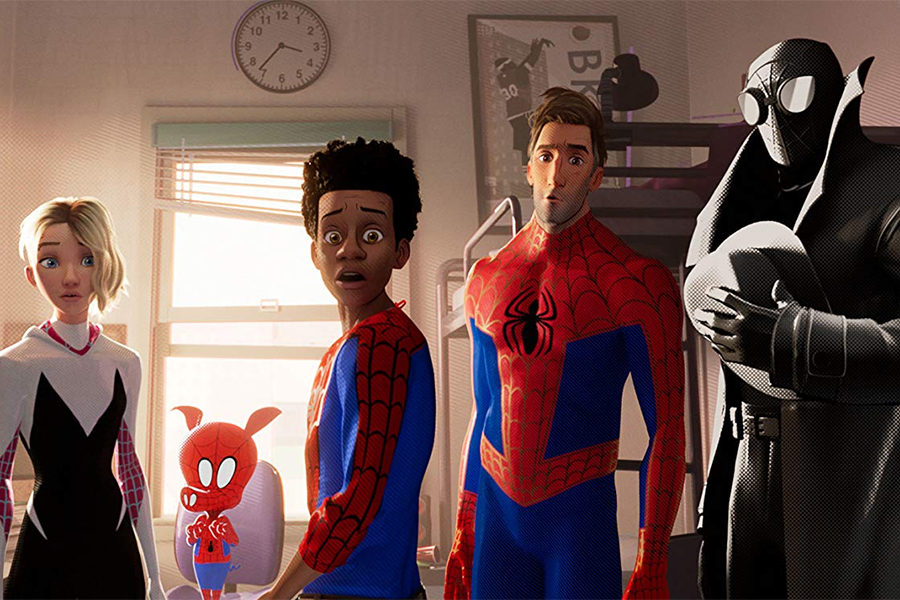 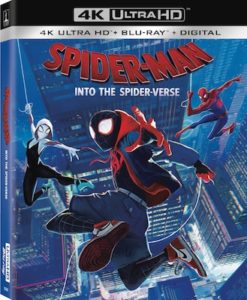 The film, which has grossed more $350 million in theaters worldwide, introduces Brooklyn teen Miles Morales, and the limitless possibilities of the Spider-Verse, where more than one can wear the iconic mask. The voice cast includes Shameik Moore as Morales alongside Jake Johnson (“New Girl”) as Peter B. Parker, Hailee Steinfeld (Bumblebee) as Gwen Stacy/Spider-Gwen, Mahershala Ali (Green Book) as Miles’ Uncle Aaron, Brian Tyree Henry (“Atlanta”) as Jefferson Davis, Lily Tomlin (“Grace and Frankie”) as Aunt May, Luna Lauren Velez (“How To Get Away with Murder”) as Rio Morales, Zoë Kravitz (“Big Little Lies”) as Mary Jane, John Mulaney (“Big Mouth”) as Spider-Ham, with Nicholas Cage (The Croods) as Spider-Man Noir, Kathryn Hahn (Hotel Transylvania 3: Summer Vacation) as Doc Ock and Liev Schreiber (“Ray Donovan”) as the villain Kingpin.

More than 90 minutes of bonus content includes the original short,  “Spider-Ham: Caught In a Ham,” in which Spider-Ham gets sucked into another dimension; “Alternate Universe Mode,” in which fans can view the film in a new way to discover alternate scenes, plotlines, characters and more with the filmmakers as their guide; “The Spider-Verse Super-Fan Easter Egg Challenge,” where viewers are challenged to find every single Easter Egg hidden within the Spider-Verse; “We Are Spider-Man,” which takes a deep dive into the diversity of the characters; “Spider-Verse: A New Dimension,” featuring the artists and filmmakers who pushed the boundaries of the comic artform; “The Ultimate Comics Cast,” about the characters and cast; “A Tribute to Stan Lee & Steve Ditko,” honoring the creators of Spider-Man; “Designing Cinematic Comics Characters,” a breakdown of the character design, including costume, movement in animation and distinct powers for each character; “Heroes & Hams,” about the Spider-people of the Spider-Verse; “Scorpions and Scoundrels,” about the villains; and two lyric videos, “Sunflower” by Post Malone and Swae Lee and “Familia”  by Nicki Minaj & Anuel AA (feat. Bantu).