One in four U.S. consumers (28%) said they had signed up for at least one TV service during the pandemic, according to Hub Entertainment Research.

Each of the big four SVOD services has seen a three percentage point or higher increase since just before the pandemic began in February compared to July, according to Hub. 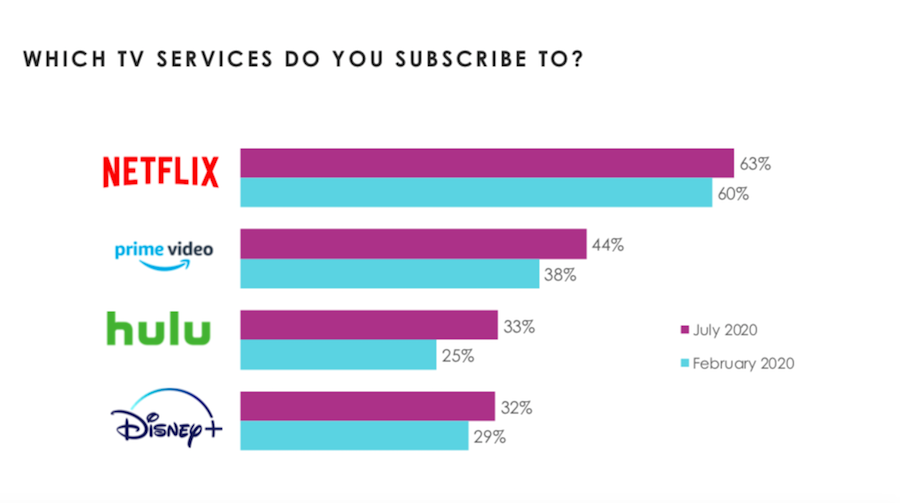 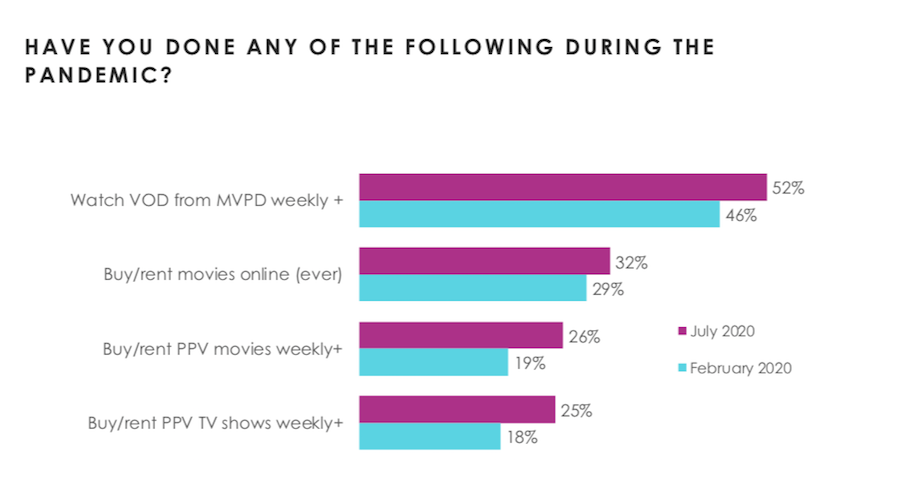 With viewers spending more time watching TV, previews have become a stronger source of TV show discovery during the pandemic, according to Hub. The source is up considerably compared to last year as a method for discovering new shows, while with personal interaction more limited, word of mouth has dropped as a discovery source. 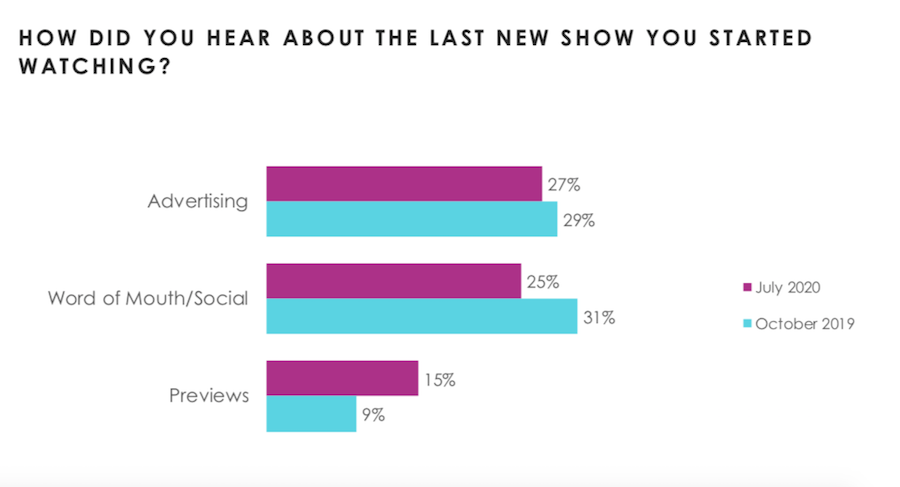 The data cited comes from Hub’s “Predicting the Post-Pandemic” study, conducted among 3,026 U.S. consumers, ages 14 to 74 who watch at least one hour of TV per week. The data was collected in July 2020.