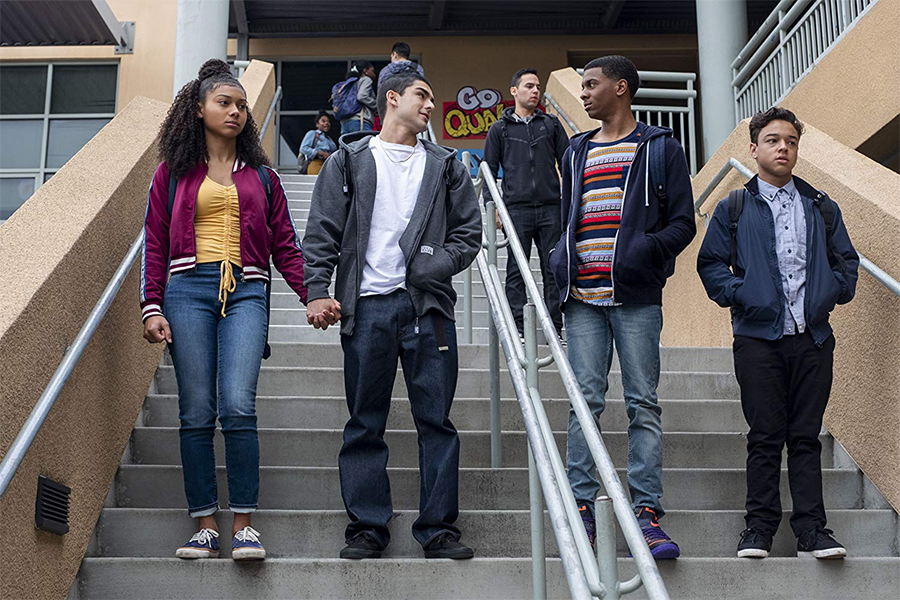 The March 29 debut of the second season of “On My Block” helped push the Netflix series to No. 2 on Parrot Analytics’ digital originals chart for the week ended April 6, up from the No. 13 spot a week earlier.

Another big gainer for the week was CBS All Access’ “The Twilight Zone” reboot from Jordan Peele, which debuted its first two episodes April 1. The show registered 40.3 million expressions during the week, a 135% jump that pushed it to No. 5 on the chart, up from No. 16 a week earlier.

Netflix’s “Stranger Things” held onto the No. 1 spot for another week with 46 million expressions, an 11% dip from 51.5 million the previous week.

Netflix’s “The Umbrella Academy” slipped one spot to No. 3 for the week, drawing 42.5 million expressions, a 3% gain from a week earlier.

Hulu’s true crime drama “The Act” rose to No. 4 from the seventh spot a week earlier, upping its weekly expressions 58% to 42 million. 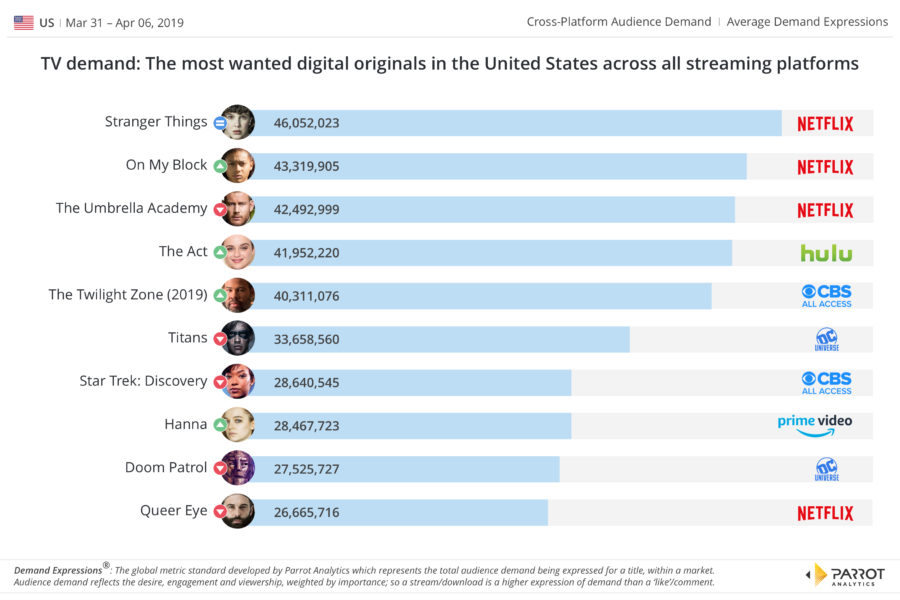