COVID-19 has indeed hit theaters hard, according to data from Interpret.

The number of movies seen theatrically by Americans plunged by two-thirds from the second quarter of 2019 to the same quarter of 2020, according to Interpret’s New Media Measure.

Year-over-year, comparing Q2 2019 with Q2 2020, the study found a 66% plummet in the number of movies seen theatrically per quarter by Americans ages 13 to 65. On average, Americans were seeing six movies in theaters per year before the pandemic, dropping to just two in 2020, according to the data.

“For many years, there has been this push and pull between studios and theater owners regarding the length of the theatrical release window,” Interpret VP Brett Sappington said in a statement, citing the move by Warner to put all new theatrical releases on its streaming service HBO Max concurrent with their bow in theaters. “Theater owners need adequate time with Hollywood’s newest releases to fill theaters. Studios want to experiment with distribution to be relevant to the newest generations of viewers. COVID has forced an evolution that will affect movie distribution well into the future.” 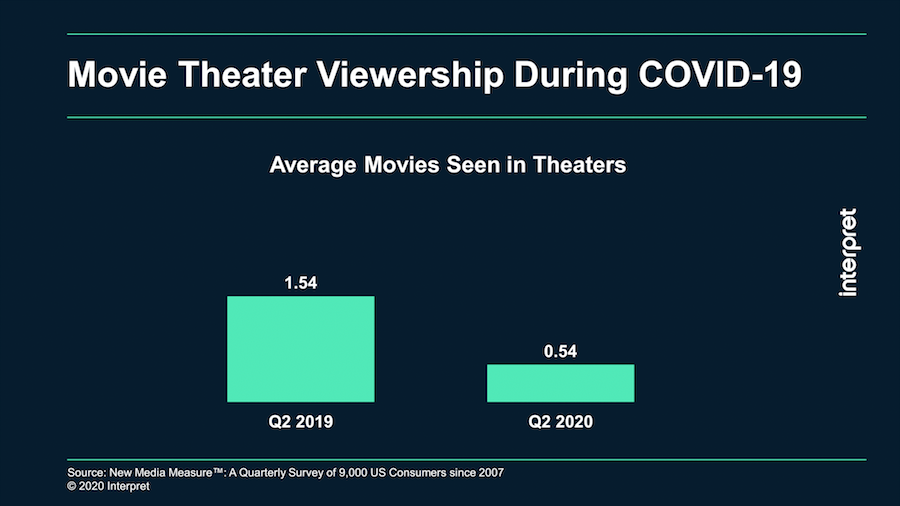