Sony’s PlayStation 5 video game console was the top-selling unit in September, ending a 33-month run by Nintendo Switch as the industry’s top-selling console, according to new data from The NPD Group. November 2018 was the last month a game platform (PlayStation 4) other than Switch led in unit sales.

In a blog post, NPD analyst Mat Piscatella wrote that September hardware dollar sales increased 49% to $412 million when compared to the previous-year period at $276 million. Year-to-date hardware spending is up 49% to $3.5 billion, compared with $2.35 billion at this point last year. 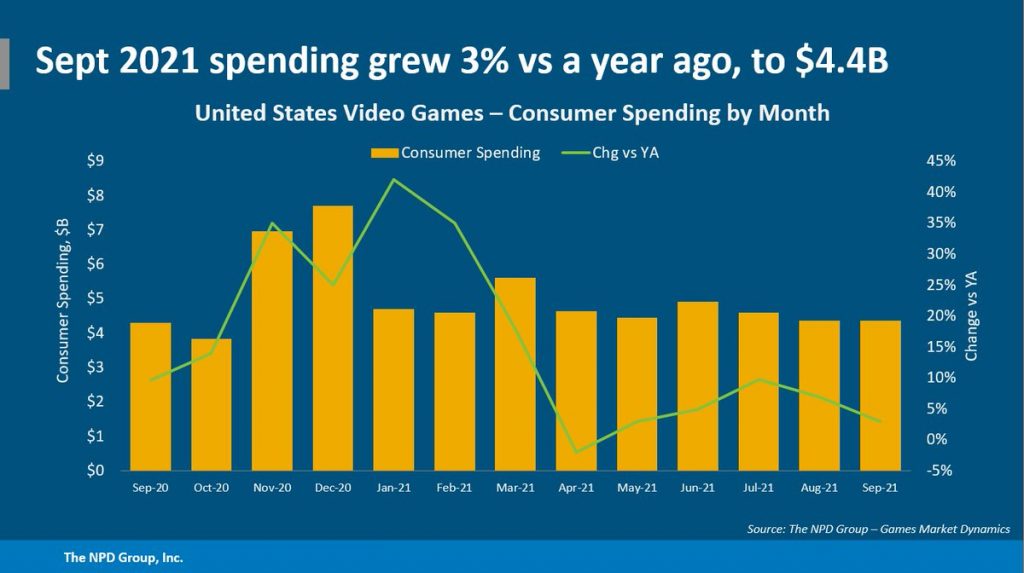 September game sales, which includes hardware, software and accessories, inched up 3% to a record $4.36 billion, from $4.24 billion last year — a notable achievement considering ongoing chip shortages due to the pandemic.

Meanwhile, software sales, which include packaged media, digital and subscription, were flat at $3.78 billion. Accessories fell 12% to $171 million, from $193 million during the previous-year period.