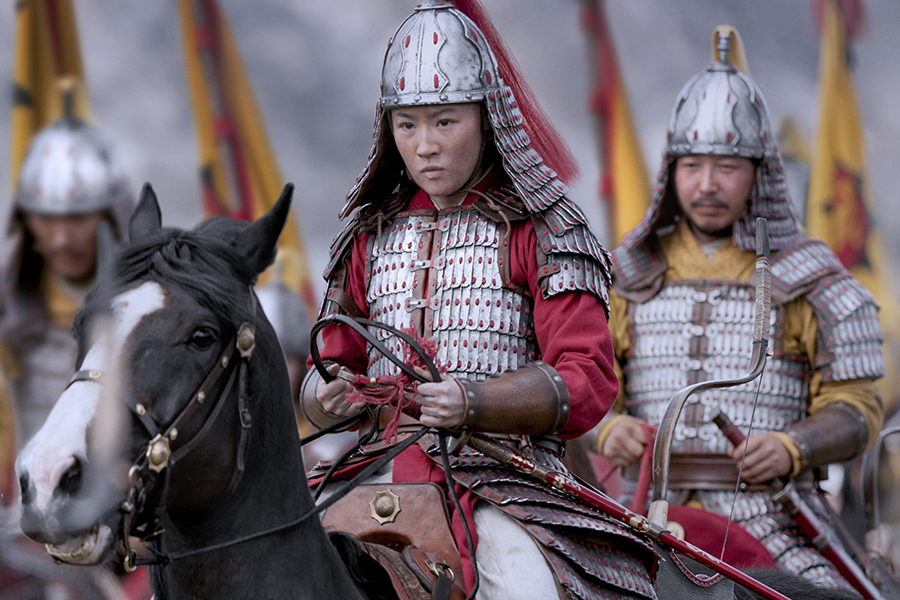 Disney’s live-action Mulan was No. 1 on the domestic top 10 list of combined DVD and Blu-ray Disc unit sales for November 2020 according to the NPD Group’s VideoScan tracking service. The actioner based on the ancient Chinese folklore about a young woman who poses as a man to serve in the military was the weekly best-seller for two weeks following its Nov. 10 DVD and Blu-ray release.

The remainder of the month’s top 10 chart consisted entirely of earlier releases and catalog fare.

November’s No. 2 title was a movie from 2018: Universal’s animated The Grinch.

Two Warner releases took the next two spots, with Joker at No. 3 and the Harry Potter 8-Film Collection at No. 4 — the latter being the only holdover from the previous month to remain in the top 10. The “Harry Potter” collection was also No. 4 in October.

Rounding out the top five was Paramount’s Sonic the Hedgehog, a film from earlier in 2020 that got a bit of a boost from a Nov. 24 limited-edition Blu-ray re-release containing character poster cards.

Among other titles, Warner’s Birds of Prey jumped from No. 82 in October to No. 6 in November, while the same studio’s Scoob! moved up four spots to No. 7.

Universal’s Trolls World Tour jumped back into the top 10 at No. 8, after landing at No. 30 in October. Rounding out the top 10 were Sony Pictures’ Jumanji: The Next Level at No. 9, and Disney-owned 20th Century Studios’ 1990 holiday favorite Home Alone at No. 10.

The resurgence of some of the 2020’s earlier releases caused the year’s list of top 10 sellers to shift a bit. The top four remained unchanged, led by Disney’s Frozen II, which has been the year’s best seller since February. Disney’s Star Wars: The Rise of Skywalker remains in the No. 2 spot, while Joker holds steady at No. 3, and Jumanji: The Next Level maintains No. 4.

Sonic the Hedgehog, which had been No. 11 after October, cracked the top 10 for the first time, moving into the N0. 9 position. That pushed another Paramount movie, Terminator: Dark Fate, off the year’s Top 10 rankings.