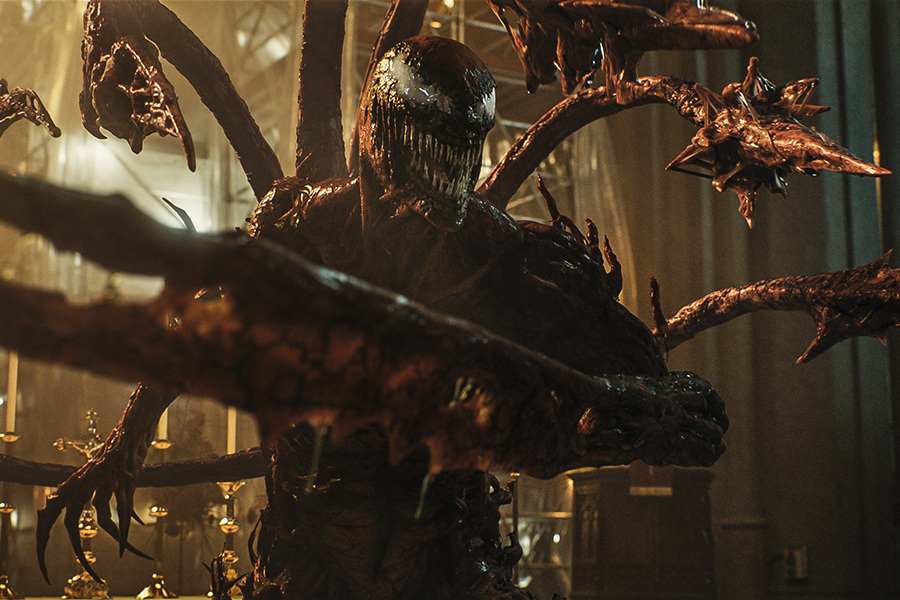 Nov. 23 sees the release of Sony Pictures’ Venom: Let There Be Carnage and Universal Pictures’ Dear Evan Hansen for digital purchase, while titles such as Lionsgate’s Apache Junction on Blu-ray Disc and DVD.

The comic book movie Venom: Let There Be Carnage becomes available through digital retailers Nov. 23 from Sony Pictures Home Entertainment. Tom Hardy returns as the lethal protector Venom. In search of his next big story, journalist Eddie Brock (Hardy) lands an exclusive interview with convicted murderer and death row inmate Cletus Kasady (Woody Harrelson), who discovers Eddie’s secret and becomes the host for Carnage, a menacing and terrifying symbiote. Eddie and Venom must get past their contentious relationship to defeat him. It arrives on Blu-ray Disc, DVD and 4K Ultra HD Blu-ray Dec. 14.

The musical drama Dear Evan Hansen becomes available for digital purchase Nov. 23 from Universal Pictures Home Entertainment. Ben Platt steps back into Evan Hansen’s shoes one last time with a final performance in the film adaptation of the Broadway musical. Tony, Grammy and Emmy Award winner Platt reprises his role as an anxious, isolated high schooler aching for understanding and belonging amid the chaos and cruelty of the social-media age. The film features music and lyrics by the Oscar, Grammy and Tony-winning songwriting team of Benj Pasek and Justin Paul (La La Land, The Greatest Showman), including two new songs and the anthem “You Will Be Found.” The supporting cast includes Julianne Moore (Still Alice), Amy Adams (Enchanted), Kaitlyn Dever (Booksmart), Amandla Stenberg (The Hate U Give), Nik Dodani (“Atypical”), Colton Ryan (“Little Voice”), Danny Pino (“Law & Order: SVU”) and DeMarius Copes (Broadway’s Mean Girls). It will be available on Blu-ray and DVD Dec. 7. 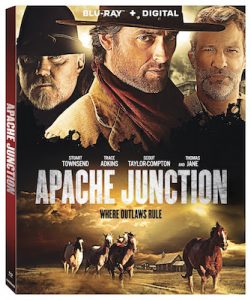 The Western Apache Junction arrives on Blu-ray (plus digital) and DVD Nov. 23 from Lionsgate. The adventure stars multiple Grammy Award-nominated country music star Trace Adkins (The Lincoln Lawyer, Deepwater Horizon), Stuart Townsend (The League of Extraordinary Gentlemen, Queen of the Damned), Scout Taylor-Compton (Halloween, An American Crime), Thomas Jane (Hunter’s Moon, The Vanished), Ed Morrone (TV’s “The Fugitive Chronicles,” Hellblazer) and Danielle Gross (TV’s “Heels,” Final Kill). In the film, Apache Junction is an outpost of lawlessness, a haven for thieves and cold-blooded killers. After big-city reporter Annabelle Angel (Taylor-Compton) arrives to write an article on the town, she becomes a target when notorious gunslinger Jericho Ford (Townsend) comes to her aid. Now Annabelle must entrust her future to a man with a deadly past, as Jericho heads toward a tense showdown.

The fantasy mystery The Show from the mind of legendary graphic novel writer Alan Moore arrives on Blu-ray Disc Nov. 23 from Shout! Factory. Directed by Mitch Jenkins, The Show stars Tom Burke, Siobhan Hewlett, Ellie Bamber, Sheila Atim, Christopher Fairbank and Alan Moore himself. The story involves Fletcher Dennis (Burke), a man of many talents, passports and identities, arriving in Northampton — a strange and haunted town in the heart of England as dangerous as he is. On a mission to locate a stolen artifact for his menacing client, Fletcher finds himself entangled in a twilight world populated with vampires, sleeping beauties, Voodoo gangsters, noir private eyes, and masked avengers. He quickly sinks into a bizarre and delirious black hole that is hidden just beneath the surface of this seemingly quiet town. Soon enough Fletcher discovers that dreams and reality have been blurred and there might no longer be a real world to go back to. 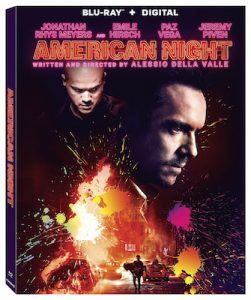 The thriller American Night arrives on Blu-ray (plus digital) and DVD Nov. 23 from Lionsgate. The film stars Jonathan Rhys Meyers, Emile Hirsch, Paz Vega, Jeremy Piven and pop star Anastacia. In the film, when a highly coveted Andy Warhol painting suddenly surfaces, it triggers a chain reaction of danger-filled events for a colorful group of characters, including a forger turned art dealer (Rhys Meyers), a mobster and painter (Hirsch) with a penchant for scorpions, a seductive museum conservator (Vega), and a stuntman and wannabe ninja (Piven).

The Hong Kong action thriller Raging Fire hits digital, Blu-ray and DVD Nov. 23 with a new English dub from Well Go USA Entertainment. Boasting a cast headlined by international martial arts action superstars Donnie Yen (Mulan, “Ip Man” franchise) and Nicholas Tse (Shaolin, New Police Story), Raging Fire was the last film from acclaimed action auteur Benny Chan (Shaolin, New Police Story). In the film, Bong (Yen) is a highly respected hardline cop with a long history of success on dangerous cases. However, his past unexpectedly comes back to haunt him when a sting operation is attacked by a mysterious group of criminals led by Ngo (Tse), his former protégé, a talented former officer who had once respected and admired Bong. However, a terrible mistake years prior landed him in prison, quickly turning the once rising star into a furious man with a grudge, and the will to destroy everyone who had wronged him — including his former mentor. 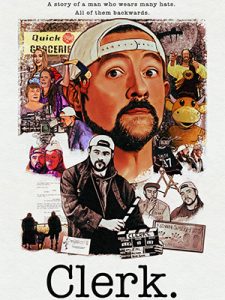 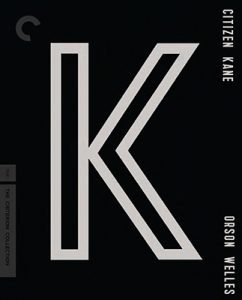 The Criterion Collection releases a 4K Ultra HD Blu-ray edition of Citizen Kane Nov. 23. The 1941 masterpiece directed by and starring Orson Welles tells the story of the rise and fall of a newspaper magnate whose efforts to reshape America are trumped only by his desire to recapture the lost innocence of his youth. Criterion’s edition will be a combo pack containing the film on a 4K disc with Dolby Vision HDR, and three regular Blu-ray Discs containing the film and a slew of bonus materials. The film itself boasts a new 4K digital restoration with uncompressed monaural soundtrack. A standalone three-disc Blu-ray edition without the 4K disc also will be offered. 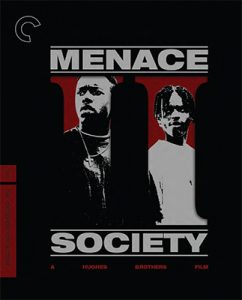 Criterion Nov. 23 also releases a 4K disc of directors Albert and Allen Hughes’ 1993 film Menace II Society, a fatalistic, unflinching vision of life and death on the streets of Los Angeles in the 1990s. There, in the shadow of the riots of 1965 and 1992, young Caine (Tyrin Turner) is growing up under the influence of his ruthless, drug-dealing father (Samuel L. Jackson) and his loose-cannon best friend, O-Dog (Larenz Tate), leading him into a spiral of violent crime from which he is not sure he wants to escape, despite the best efforts of his grandparents and the steadfast Ronnie (Jada Pinkett). 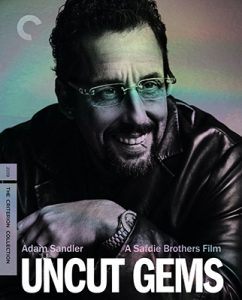 Also due Nov. 23 is Criterion’s 4K Ultra HD Blu-ray of the 2019 drama Uncut Gems. Standard Blu-ray and DVD editions also are available. The film, directed by brothers Josh and Benny Safdie, stars Adam Sandler as Howard Ratner, a fast-talking New York jeweler and gambler in relentless pursuit of the next big score. When he comes into possession of a rare opal, it seems Howard’s ship has finally come in — as long as he can stay one step ahead of a wife (Idina Menzel) who hates him, a mistress (Julia Fox) who can’t quit him, and a frenzy of loan sharks and hitmen closing in on him. The cast also includes LaKeith Stanfield, Eric Bogosian, Judd Hirsch and NBA Hall of Famer Kevin Garnett.

The action thriller Copshop will be available for digital purchase Nov. 23 from Universal Pictures Home Entertainment.In the film, screaming through the Nevada desert in a bullet-ridden Crown Vic, wily con artist Teddy Murretto (Frank Grillo, The Grey, The Purge: Anarchy) hatches a desperate plan to hide out from lethal hitman Bob Viddick (Gerard Butler, Greenland, Angel Has Fallen). He sucker-punches rookie officer Valerie Young (Alexis Louder, The Tomorrow War, Harriet) to get himself arrested and locked up in a small-town police station. But jail can’t protect Murretto for long. Viddick schemes his own way into detention, biding his time in a nearby cell until he can complete his mission. When the arrival of a competing assassin (Toby Huss, “Halt and Catch Fire,” Rescue Dawn) ignites all-out mayhem, mounting threats force Viddick to get creative if he wants to finish the job. It arrives on Blu-ray and DVD Dec. 7.