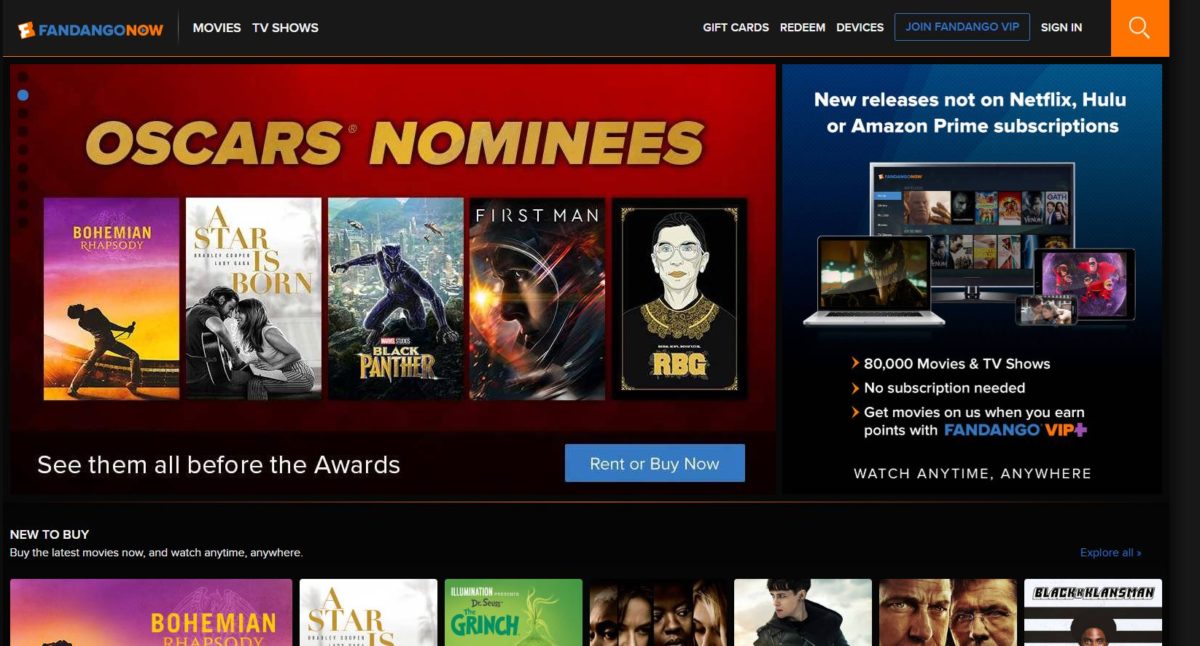 I’m a little confused about the whole “Direct to Consumer” trend and what it means for home entertainment.

I get the concept — delivering movies, TV shows and other filmed content directly to consumers over the Internet, bypassing third-party distributors — but honestly, what are we selling here?

Consumers aren’t buying individual movies or shows, either to own or just to watch. They are subscribing to a service, where they can still pick and choose what they want to watch, but it’s like an all-you-can-eat buffet rather than ordering off the menu. And that’s an enticing proposition for the consumer — a whole month of entertainment for less than it costs to buy a single movie, either on disc or digitally.

And yet the transactional business model remains a critical component of Hollywood’s money stream, and also provides a far better picture of consumer demand. Just like at the box office, movies succeed or fail on their own, and their performance helps studios determine what to make more of — and less of.

And the transactional model will always rely on a third-party distributor — retailer, aggregator, call it what you will — to provide consumers with the broadest possible choice. Except for Disney, the individual studios simply aren’t a brand.

But regardless of how much money Netflix — and Disney+, the new Disney SVOD service set to launch later this year — spends on original content, I can’t fathom consumers not wanting first-run movies, either to own or just to watch. And while Disney will probably throw some new theatrical movies into its SVOD service just to stoke interest, most of the big blockbusters will always be available first through the transactional model. Netflix and other SVOD services will remain focused on television content and catalog movies to give studios a direct revenue stream to compensate for declining disc sales and the loss of fees they get from selling content to cable companies because of cord-cutting.

The transactional business model has certainly endured its share of bumps in recent years. Disc sales continue to decline, and only recently have digital movie sales and rentals begun to climb, with respectable growth rates of 14.4% and 6.2%, respectively, according to year-end 2018 numbers issued by DEG: The Digital Entertainment Group.

The launch in late 2017 of the Movies Anywhere platform certainly helped lift sales, as has the increasing aggressiveness of digital retailers like Apple iTunes, FandangoNow, Redbox On Demand and Google Play, even though the business is largely driven by pay-TV providers like Comcast.

But to really lift the transactional business studios need to do more, as well. An earlier window for digital releases has certainly been effective, but what’s next? Years ago, faced with a slowdown in what was then a physical media-only business, studios banded together with distributors and retailers and introduced a common street date — Tuesdays — as well as a generic awareness campaign that drove home the low cost and convenience of renting a video.

Why not develop and launch a similar industrywide campaign now? Focus on all the great content that’s available exclusively through transactional purchases and rentals, including, of course, fresh new theatrical blockbusters that won’t be on Netflix for years, if ever. I’ve had studio executives tell me this is common knowledge, but I respectfully disagree — I’ve had too many friends and acquaintances tell me otherwise. FandangoNow prominently notes on its website, “New releases not on Netflix, Hulu or Amazon Prime subscriptions.” Why can’t this be an industrywide rallying cry, maybe even with the hashtag #NotOnNetflix (which last time I checked had just 684 posts on Instagram)?

And while we’re at it, let’s put a little effort behind the much-maligned physical disc. We have a truly great new product, 4K Ultra HD Blu-ray, that’s even getting increased attention (in the form of floor space) from big traditional retailers such as Best Buy, Target and Walmart.

But sometimes it seems that the disc is our industry’s forgotten stepchild. Let’s put existing trade groups like the Blu-ray Disc Association and Ultra HD Alliance to work and start pounding the drums, focusing on the fact that of all the products and platforms out there 4K Ultra HD Blu-ray most closely replicates the theatrical experience. Consider an earlier street date for 4K.

And at the same time, don’t neglect regular Blu-ray and DVD, which continue to dominate sales.  Explore the feasibility of selling a small, curated selection of discs through movie theaters, focusing on titles that somehow tie in with what’s playing on the big screen. There’s a reason theme parks have big gift shops at the exits — you’ve got a captive audience.