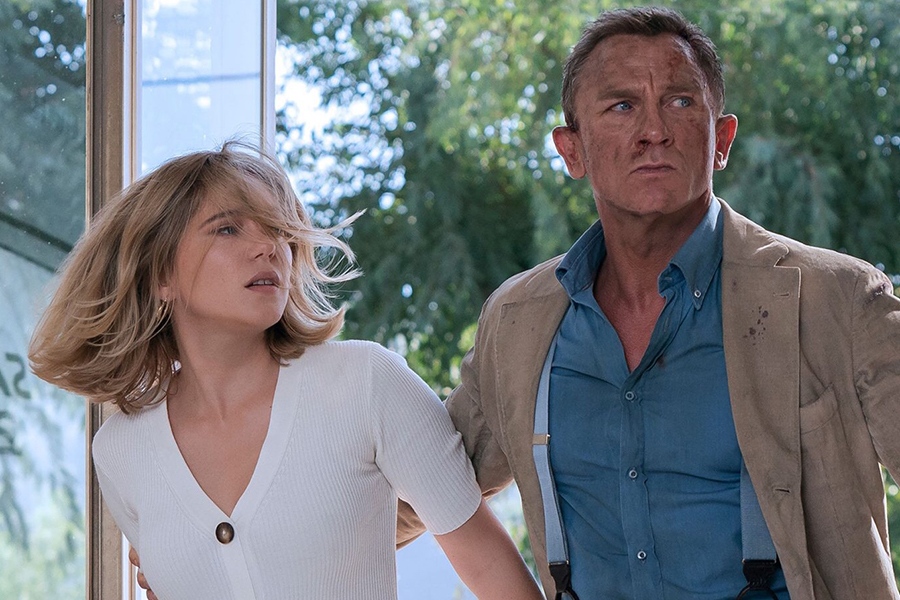 MGM’s No Time to Die spent a third-consecutive week at No. 1 on the NPD VideoScan First Alert chart, which tracks combined DVD and Blu-ray Disc unit sales, and the dedicated Blu-ray Disc sales chart the week ended Jan. 8.

Distributed on Blu-ray Disc and DVD by Universal Pictures Home Entertainment, No Time to Die is the 25th James Bond film from EON Productions and the fifth to star Daniel Craig as Agent 007, his final turn in the role. The film earned $160.8 million at the domestic box office.

Sony Pictures’ Marvel Comics-inspired Venom: Let There Be Carnage stayed at No. 2 on both charts for a third week in its in its fourth week on shelves, while Disney-owned Marvel Studios’ Shang-Chi and the Legend of the Ten Rings remained No. 3 on both charts.

The week’s top newcomer was Disney-owned Searchlight Pictures’ Antlers, at No. 4 on both charts. Directed by Scott Cooper and produced by Guillermo del Toro, the film explores the myth of the dreaded “wendigo” as a small-town Oregon teacher (Keri Russell) and her brother (Jesse Plemons), the local sheriff, seek to help a troubled young boy who possesses a strange secret. It earned $10.6 million at the domestic box office.

The No. 5 overall disc seller was Paramount’s first season of the Kevin Costner drama “Yellowstone.” Season two was No. 8 and season three was No. 6.

The No. 5 Blu-ray seller (No. 15 on the overall disc chart) was Funimation’s Demon Slayer: Mugen Train.

The Media Play News rental chart for the week ended Jan. 9 saw Venom: Let There Be Carnage return to the No. 1 spot, pushing No Time to Die to No. 2.