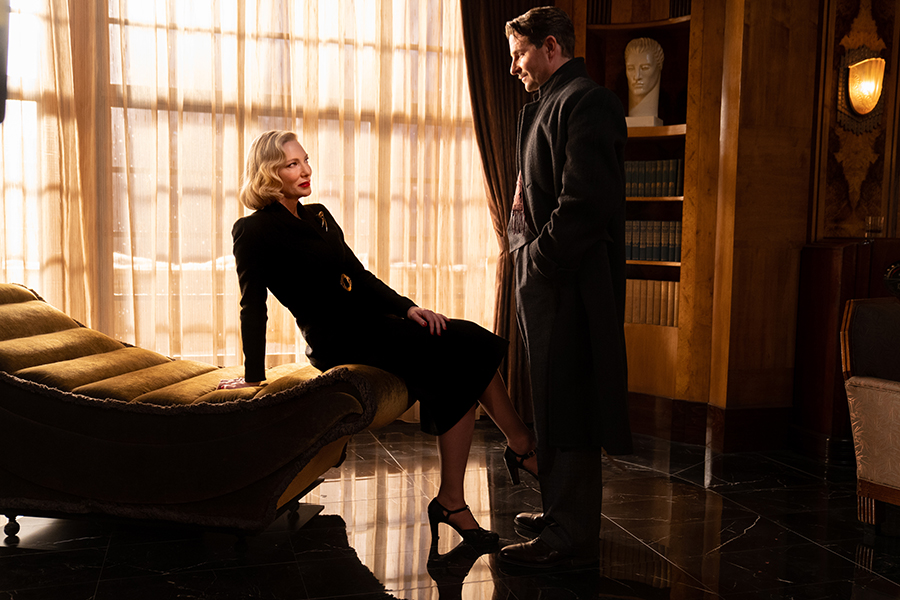 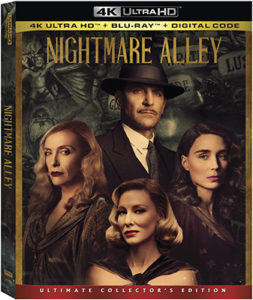 From director Guillermo del Toro, Nightmare Alley is a psychological thriller about a down-on-his-luck grifter in the 1940s named Stanton Carlisle (Bradley Cooper), who endears himself to clairvoyant Zeena (Toni Collette) and her has-been mentalist husband Pete (David Strathairn) at a traveling carnival. With the virtuous Molly (Rooney Mara) loyally by his side, Stanton plots to con a dangerous tycoon (Richard Jenkins) with the aid of a mysterious psychiatrist (Cate Blanchett) who might be his most formidable opponent yet.

Del Toro co-wrote the screenplay with Kim Morgan, based on the 1946 novel of the same name by William Lindsay Gresham.

The home video release includes three bonus featurettes: “Del Toro’s Neo Noir,” in which the filmmakers and cast decipher the dark, complicated world of the film; “Beneath the Tarp,” a look at the production design; and “What Exists in the Fringe,” about the film’s costumes.