The first week of January handily shattered previous streaming records with 197.6 billion viewing minutes, with Christmas week 2021 taking second place of the highest level of streaming recorded (with 183 billion viewing minutes). This 12% uptick in monthly volume was the highest of any category and resulted in a 1.1% increase in streaming share to set another record at 28.9% of television usage. For the month of January, streaming averaged 180 billion minutes per week — the highest average weekly figure of any month since Nielsen introduced streaming measurement.

Broadcast consumption was up 9% versus December, a trend driven by arguably the most compelling NFL playoffs ever — and increased engagement with refreshed broadcast dramas, up 22% compared with the previous month. The cable category, despite being up 3% in usage, lost 1.7 share points to finish at 35.6% of television viewing, primarily driven by the seasonal shift away from holiday movies.

The largest market segment (9.4%), “Other Streaming,” which includes HBO Max, Paramount+, Discovery+ and Peacock, among others, saw its market share increase half of 1%.

“That suggests these other streaming services are gaining traction among consumers,” Brian Fuhrer, SVP of product strategy, said on the podcast. 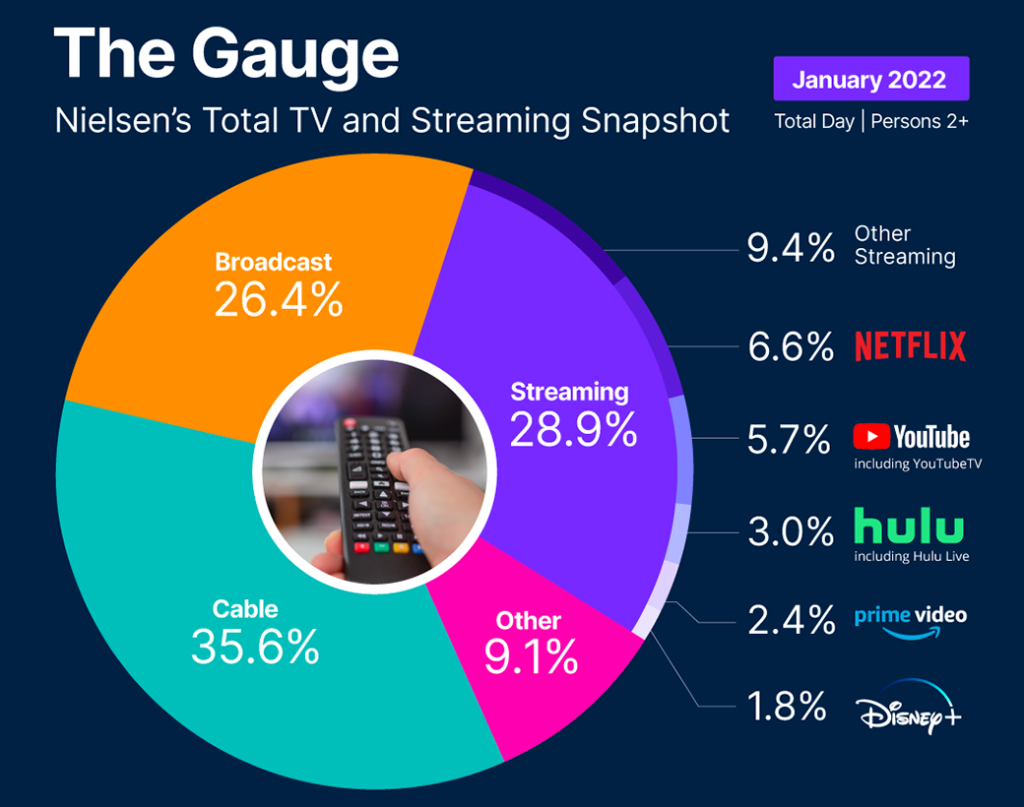