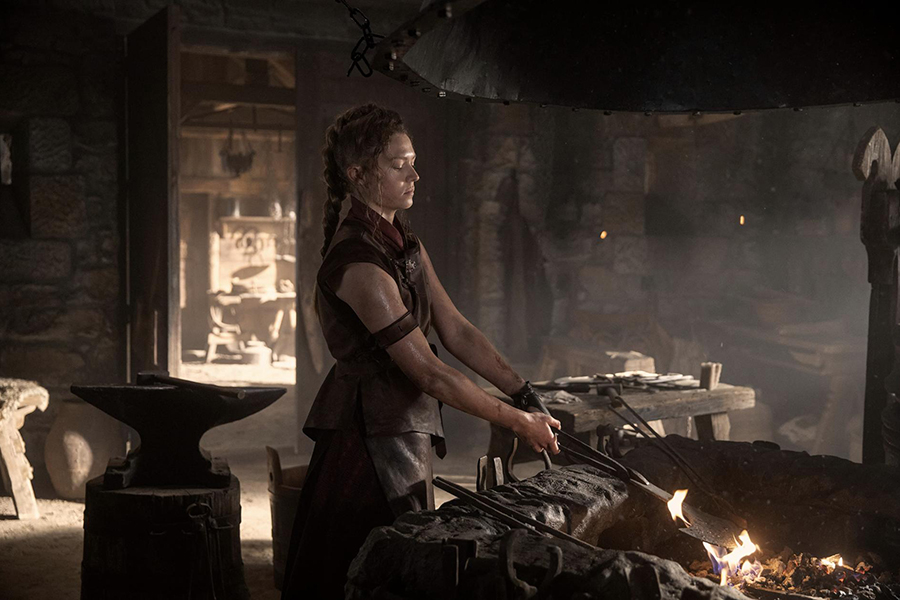 Amazon Prime Video surprised Nielsen’s weekly Top 10 streaming chart last month when original series “The Wheel of Time” finished No. 2 overall with more than 1.1 billion minutes streamed across three episodes through Nov. 21. The tally was more than Disney/Marvel Studios’ Shang-Chi and the Legend of the Ten Rings with 878 million minutes, but still lagged behind Netflix’s all-time champ Red Notice with more than 1.7 billion minutes.

Based on the fantasy novels by late author Robert Jordan, with Brandon Sanderson writing the last three novels, “The Wheel of Time,” a co-production between Amazon Studios and Sony Pictures Television, features an ensemble cast led by Oscar-nominee Rosamund Pike.

“There’s only one original [Amazon] title since we started measuring [streaming minutes] that succeeded that, and that “Hunters,” and it’s not exactly a fair fight,” Brian Fuhrer, SVP of product strategy, said on a vlog post.

Fuhrer said “Hunters” was released in February 2020 with all 10 episodes while “Wheel of Time” released an initial three episodes, with more to follow in coming weeks.

“It’s a release strategy that’s really smart, and what Disney+ does also — to try and make sure they maximize their content and extend those audiences over time,” he said.

Fuhrer said the “Wheel of Time” audience skews a bit older than the average streaming audience, which he said is a good thing.

“That’s where the growth of streaming is really coming from: older audiences,” he said.

Indeed, the series skews male viewers and has the highest concentration of 50- to 64-year-olds of any title on the chart measured by Nielsen.

“It’s rare that these titles skew male, with only Shang-Chi and the Legend of the Ten Rings and ‘Narcos: Mexico’ above it,” Fuhrer said.

Meanwhile, the second season debut of “Tiger King” didn’t generate the buzz and viewership season one did during the pandemic. Season two bowed at No. 6 with 685 million minutes across 13 episodes.

Separately, Disney+ tracked six of the top 10 streamed movies during the week, an important statistic for the high-profile Netflix challenger.

“It’s not just that Disney has the titles, it’s that they are attracting different audiences,” Fuhrer said.